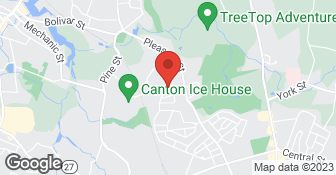 Could not have been worse. Called every day for a month and no response. Scam.

Description of Work
Inspection. Paid but never received the report or follow up.

The repoint was built well initially until you get to cap on top. Cap put on too small with no apron protecting water from getting in. Have called them and scheduled job be done again, as all flashing has flown off and bricks and mortar loose due to not being done correctly. I was told by my contractor as well as neighbor former head of fire dept that beantown should do job over at ABDOLUTELY no cost to me. They made two apts with me, I lost entire afternoons, twice in the week, and they no showed. I lefft messages and sent two emails, with the last one giving them until 5pm today to respond before I write bad reviews. Never heard a word from them!! Totally unprofessional and horrible customer service, plus will now cost me thousands to have a job done right to correct a job I paid a lot of money for with them! I do NOT think they should even be on Angie's List!I also was told that these jobs should last upwards of 50 years if done right. Initial job was less than 9 years ago!

Description of Work
They had put in two chimney flus and repointed outside chimney.

Beantown Chimney Sweep is fantastic. Gary very genuinely wants to do the right work to solve the problem, not do the work that will make them the most money. He is thorough, does very good work, and doesn't just fix the problem, but helps you understand what the issue is, and what the options are for addressing it. We had talked to three people about the problem. The first was a plumber, who insisted we needed to put in an an exterior chimney and reroute it b/c our chimney was too small for the boiler (even though this had been the case since 1965 without problems). They said this would cost $12,000, and that they would not turn our furnace back on unless we signed some paperwork and did it that day (high-pressure sales at its best). Another chimney guy who wanted to do the same for around $8,000 because he said the chimney was too old and that cleaning it would risk having the liner crumble. We decided to get one more opinion. Thankfully. We called Beantown Chimney Sweep and Gary came and explained that our chimney and liner were in great shape, but that the way it curved made it impossible to clean during a regular chimney sweeping. Instead, they said they could cut a hole in the side of the chimney and add a door to it so they could inspect and clean that area if it was clogged. So he did that, and found that the chimney was about 90% blocked with soot. He cleaned it out and eliminated the problem for around $300 if I recall correctly. And now we have access to that so we can make sure the same thing never happens again. In the end, if we had had a third party tell us the same, we probably would have ended up taking out a home equity line to spend close to $10,000 on a very unsightly solution that we didn't need. With our chimney cap issue, he helped us come up with a solution where we could reuse an existing cap that didn't fit it's current chimney to save us some money and do what we needed to do. I have rarely come across such honesty in a contractor. As a woman, I find it's often difficult to know if you are getting a fair deal because sometimes contractors take advantage of my lack of understanding of, say, furnace venting. But I absolutely trust Gary's recommendations and can't say enough about what a great experience it has been to work with Beantown Chimney Sweep. I actually said to my boyfriend, and quot;I hope we have more chimney problems because I really like working with these guys.and quot; That probably says it all. As a final note, I will not name names, but the other chimney provider that told me my liner was falling apart has a high Angie's List rating as well. I know that was he said was dishonest because BCS showed me my liner when they cut the door into my chimney -- and it looked pristine. But if I had believed him and spent $8,000 for his solution, and if he had done a good job with this external chimney, would I have given him a high rating? Probably. So I think there are two things to think about - is a contractor responsive and does he or she do a good job? That is important. But for me, the question of whether the contractor is honest and acting in your best interest is even more important. Sometimes you may never know for sure. But with BSC, you do. And it's really refreshing.

Description of Work
Gary from Beantown Chimney has helped us out twice. Once to help us to diagnose and clear a blockage in my chimney that caused high levels of carbon monoxide in our home. That was the job that was somewhere around $300 (was last winter). Then the most recent time we called them was to help us with a chimney cap and some mortar repair, which is still in progress.

Great service, very professional. I have used this service before and highly recommend Beantown Chimney Sweep.

Description of Work
Swept the chimney, the flu and the wood stove

I scheduled the appointment over a week ago. I took 2 hours off work in order to meet them at my home. I called 3 times to get an ETA, no call back. They never showed up at all.

I'm super happy with their work. They communicated well, did exactly what they said would do, and were extremely courteous and professional. I would recommend them to anyone.

Description of Work
They lined two chimneys and added a chimney cap.

My experience with them was excellent. I think we got a lot of work for what we paid, it was quality work, we needed it done right away and they came right down, and as they say it was kind of icy and snowy out but they still got up on the roof. I called many people, those guys came down right away. Other people said they'll get to me but I was waiting here and it was like a carbon monoxide issue so they came right down.

Description of Work
I used Beantown Chimney Sweep six or seven years ago. Our chimney had actually collapsed and we don't know why. We think someone was doing demolition in an apartment and they have caved in, it was completely blocked up.They came right down, brought the machinery, sucked everything out and rebricked. They got up on the roof even though it was wintertime and a squirrel came down the chimney and came right into the house so they put a mesh around the chimney so that animals can't get in.

Great chimney sweeping experience. Went above and beyond what we had originally asked them to do. As a property manager, they did an incredible job. They called as requested 15 minutes prior to arrival, stayed longer then the standard 2 hour window, swept an additional flue for us (which wasn't even accessible from the main chimney), and were friendly, professional, and very informative. They also were the lowest quote we had received. Would use them again in a heartbeat. Thanks Gary for all your work!

Description of Work
Needed to have the chimney swept of a blockage that was causing low flow for the installation of a new oil burning furnace.

Very happy with work and service.

Description of Work
Did an inspection for home, built in 1937, that we purchased in September. Needed chimney cap but was cautious and concerned that chimney needed cleaning or lining or other work. Cracks found in LR chimney but - more importantly - in furnace chimney exhaust area. Provided modest discount.

Description of Work
They went out of there way to help me out in a time crunch. Clean, professional and personal. The young Tec's were experienced and well spoken. I am a realtor and was so impressed - it is their busy season, yet they were all so patient and careful..Excellent... Examined all flu's in details and climbed onto the roof - even took off a few brances that had blown there in the last storm..

Their customer service is excellent, they always answer the phone or return calls within one business day. On each occasion they provided a reasonable estimate, stuck with their pricing, provided extra information regarding the products they use, and left my house as clean as when they entered. Today they came on time, called before arrival, and installed a stainless steel lining for our wood stove chimney. The work took the quoted amount of time, they remembered a small discount I was owed, and they took time to answer all of my questions and concerns about maintenance. I will use them for all of my chimney needs in the future; I plan to hire them again this spring to repair my second chimney.

Description of Work
I have hired this company to clean my chimney, remove a dead animal, and line a chimney.

We haven’t had the work done yet but my experience with the estimate was very good.

Description of Work
Beantown Chimney Sweep gave me an estimate to take out a chimney liner.

Everything went fine. I think they were willing to do it, but I think the estimate was a little high.

Description of Work
They gave me an estimate for a chimney rebuild.

They did an excellent job. I would definitely hire them again.

Description of Work
They cleaned and inspected our chimney. We were considering updating the doors and fireplace frame, but decided not to. It’s a more complicated project because of the type of fireplace it is. He gave us advice on how to deal with our problem.

We had an emergency with a carbon monoxide scare. They came out right away. I was really impressed with them. I had called seven other companies, and two guys from this company came out and they were very honest and reasonable.

Description of Work
They came out to our home for an emergency and fixed our chimney.

THEY WERE QUITE PRICEY. I SENT THEM A CHECK, AND ASKED HOW MUCH IT WOULD BE TO FIX THE FLASHING. THEY SAID SOMEONE WOULD CALL ME BACK, BUT NO ONE HAS.

BEANTOWN CHIMNEY SWEEP is currently rated 4.2 overall out of 5.

No, BEANTOWN CHIMNEY SWEEP does not offer eco-friendly accreditations.

No, BEANTOWN CHIMNEY SWEEP does not offer a senior discount.

No, BEANTOWN CHIMNEY SWEEP does not offer warranties.

Are there any services BEANTOWN CHIMNEY SWEEP does not offer?