With Angi since November 2010 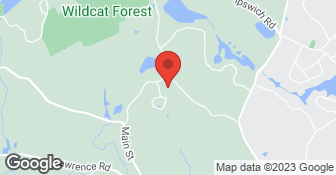 I hired this company to build a sunroom and to do some small home improvement projects. In the following year, I employed several of his subcontractors (plumbing, painting, electrical, roofing) for other projects. At first, Bill Noyes was professional and responsive, and did very good work on the sunroom itself. One glaring problem - he never restored the back yard after the project was completed, despite repeated promises to do so, and after I had paid him in full for the project. The back yard still looks like a mess. In April 2010 he started outright lying to me. He showed up at my home on August 18, unannounced and uninvited, calling me a "f*ckin' f**,"If he ever shows his face at my door again, I will call the police and have him arrested for trespassing.. He has been sued at least twice in the past two years by unhappy customers, and he had to settle both cases. He mocks his customers behind their backs. He cannot be trusted.

This man has a problem of a personal, not professional nature. I made the mistake of allowing a friendship to develop after I completed his project. For a year and a half he was my company's single biggest advocate and supporter, including, among many other things, a testimonial on my company's website along with several pictures of his "un-restored" backyard". I ended the friendship after he called my girlfriend a word I won't repeat here. For nearly a year now he has kept up an obsessive smear and intimidation campaign against me, my company, and people I love. I recently went to court and obtained an harassment prevention order against him. He is using sites like this because of a personal vendetta, not a professional complaint. Sites like Angie's List apparently allow that, unlike the Better Business Bureau. After nearly a year I am finally responding to this fabricated "complaint".

We specialize in wall and floor covering, such as painting, tiling, hardwood floor and finish basements. We have been in this industry for over 60 years my background is interior design were it comes handy when choosing materials and colors. We are owner operated business.  …

Welcome to Northeast Painter, a premier Massachusetts Home Painting Company! We are ranked among Massachusetts best home improvement companies due to our high standards for quality, and our high levels of customer satisfaction. Northeast Painter and Construction company is licensed, bonded, and insured in order to protect your property for the unlikely event of something going wrong on our end. We have over 6 years of experience as local house painters, and we have a long standing reputation for quality, dependability, cleanliness, and superior customer service. We provide our home painting services for local home builders, remodeling contractors, and homeowners. Our services include interior and exterior house painting, garage floor coating, and pressure washing. Hiring a professional home painter will increase your overall property value, and improve the look and feel of your home. We are locally owned, locally managed, and we are financially secure. if you are looking for a quality Mass home painting company to help with your home improvement plans, Contact us for a FREE estimate today! (978) 401-6145 Vinny  …

John T Ambrose Home Improvement & Repair is dedicated to providing clients throughout the North Shore with superior home repair and improvement services. You can trust us to treat your property with the utmost care and with 30+ years experience there is nothing we haven’t seen. Your home is where you should feel the most comfortable. Improving the quality of your home should be stress-free. If your outdated kitchen or broken-down plumbing fixtures make you dread spending time at home, turn to John T Ambrose. We provide home improvement services to the North Shore, surrounding areas such as Ipswich, Danvers, Topsfield, Boxford, Hamilton, Wenham, Gloucester, Essex, Andover. We can handle small home repairs to large scale additions so you can relax and know your next project is in good hands. With years of experience, we know how to improve your home by updating key areas such as kitchens, bathrooms, and master bedrooms. We use trusted brands to renovate your home and ensure your next project last’s a lifetime.  …

Noyes Building Co is currently rated 1 overall out of 5.

No, Noyes Building Co does not offer eco-friendly accreditations.