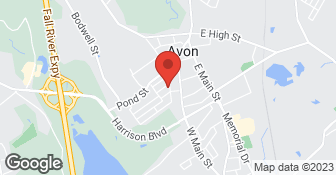 Never called. Never showed. Apparently not eager to do business. Rude on phone in response to call about failure to show.

Description of Work
Called for an estimate on tree removal and replacement. Was given a 2.5 hour window for arrival.

If I need something to be done like the lawn to be cut because I like to rent the home or if I need the yard to be mulched, he will respond in a timely manner to get that done. His response time is good. His price is fair.

Description of Work
I have a landscaper. He comes every two weeks and he cuts my lawn. It is Bret Norris of BM Norris Enterprises. Sometimes, he will mulch and sometimes, he prunes the trees and shrubs.

B.M.Norris did a great job on our yard. We obtained several quotations for the work to be performed, and decided based both on their price and on a positive previous experience with this company to go with B.M.Norris. They trimmed the shrubs, cleaned up the leaves, mulched and added new foundation plantings. They also fit us into their schedule relatively quickly, which was important as we were cleaning up the outside in order to put our house on the market. We are very happy with their services and would recommend this company.

This is the best service I have ever experienced . They were timely, efficient and left my property immaculate. I HIGHLY recommend BM Norris Enterprises for any and all landscaping needs. They are also very fairly priced. I'm looking forward to planning the spring landscaping with them.

Description of Work
Brett and his crew cleaned my gutters and did a full fall cleanup.

Description of Work
clean up and mulch

I have used his service since April or May of this year. From the start of my use of his services, I asked him if he could clean out a corner of my backyard. He said he could do it and would be out within 2 weeks to price the job. He never showed up. I asked him 3 more times both on his bill, which I returned with payment and via email and phone calls. It was now the middle of July and the job still had not been done. So, I emailed him again on July 15th or 16th and asked him why I had to keep asking for him to schedule this job, why did he repeatedly say he'd do it and why didn't he ever show up. He emailed me back, indicating he had been out "the other day" (after 3 or 4 months of my requests) to price the job, but that he found my questions rude and condescending and didn't appreciate being interrogated by me. HE then fired me as a customer. I found his email to be outrageous. If one says he'll do the job, then do the job.

Description of Work
He did mowing and shrub pruning.

I would like to respond to this review. (Member name removed) hired us in April of 2013.We did an initial cleanup of the yard and trimmed some shrubs around the end of May.After my crew left,she called and asked me about the removal of some old pieces of wood and scrap metal.I remembered seeing this stuff in her yard( I was not asked to do it at that time) when I gave her the initial quote and remembered it being a small amount.I explained that we don't typically haul junk away but we could do it when we have a slow or rainy day.I also told her I couldn't give her an exact time but probably in the next month or so and she said that was fine.She called a couple times over the next month and I gave her the same response and politely reminded her that that is not a typical job for us but we'll do it when we can. Then came her email in July,which I found to be rude, condescending and, interrogating in nature.The actual email is very different than she explains.She didn't call me any mean names or anything,but definitely far less than cordial.I then replied that I didn't appreciated being talked to like that and told her to just find someone else to take care of her lawn maintenance and enjoy the summer.I did not use the word "fire" at all.Yes, the two comments meant the same thing,but how the message is worded has a very different impact. In addition to that,she also says that she had been asking me to do the job for 4 months.That would bring us back to March.In March of 2013 we had 26 inches of snow and had not gone back to work yet,and I had not gotten her request through Home Advisor till April.She didn't ask me about this other "job"(as she calls it)till the end of May.So her rant about asking me for four months is grossly exaggerated. I felt the need to set the record straight which is reason for my response.But, I have no hard feelings against this customer and wish (Member name removed) a successful future.
5.0

No problems - Very Professional. All landscaping task were completed either at the quoted price or below qouted price All jobs were started and completed on time agreed upon .

Description of Work
Called for firewood quote. BN Norris did have firewood, stated to be dry (not kiln dried - but covered 1 year) fireplace sized lengths, mostly oak. Good price - $250/cord delivered. Wood was delivered as agreed next day, in place as requested. The wood is of great quality - dry, well split , good sizes. Not a lot of gnarls or chunks or pieces that need more splitting to burn; no rot. A splendid fire now being enjoyed!

Landscape Design, Workmanship, Professionalism and Courtesy are all delivered as part of every landscape construction project to make working with us an experience not to be forgotten! Tom, the owner, uses his engineering background and provides detailed AutoCAD drawings for 95% of the projects undertaken. We are highly focused with a special emphasis on the use of granite. Please see our website for additional information and many pictures that show the broad range of our work.  …

Locally owned business with over 12 years of experience. Passionate about serving our local community and continuing to deliver great customer service. Feel free to call or text with questions regarding your projects. Look forward to working with you on all your home endeavors.  …

Bonded
Insured
All statements concerning insurance, licenses, and bonds are informational only, and are self-reported. Since insurance, licenses and bonds can expire and can be cancelled, homeowners should always check such information for themselves.To find more licensing information for your state, visit our Find Licensing Requirements page.
General Information
Free Estimates
Ask for details
Eco-Friendly Accreditations
Yes
Payment Options
Check
Warranties
Ask for details

How is B M Norris Enterprises overall rated?

B M Norris Enterprises is currently rated 4.8 overall out of 5.

What days are B M Norris Enterprises open?

B M Norris Enterprises is open:

What payment options does B M Norris Enterprises provide

No, B M Norris Enterprises does not offer free project estimates.

Are warranties offered by B M Norris Enterprises?

No, B M Norris Enterprises does not offer warranties.

What services does B M Norris Enterprises offer?