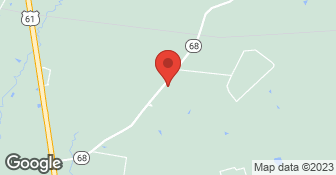 A FULL SERVICE GENERATOR COMPANY for residential and commercial generator projects. We offer an experienced SALES TEAM, TURNKEY INSTALLATION and SERVICE AFTER THE SALE including scheduled maintenance programs and repair for all your generator needs.

They were great to work with, everything on the installation was explained, including some upgrading work on my (100+ yr. old home) electrical boxes that were no longer in code. Ever since then they have worked with my crazy schedule on the annual maintenance and showed up on time and showed a wonderful tolerance for the assorted dogs, horse, whatever was in the yard at the time. My generator is an asset to my lifestyle and these people make having a generator a worry-free experience.

Description of Work
They installed my generator and I have them do an annual servicing on it.

The annual maintenance checkup process was initiated by GenPro. Appnt date scheduled and the same technician that performed the maintenance the previous year showed up on time and handled the system checkout, replaced oil and filter, tested the machine and summarized his findings. Very satisfied with the service.

They were efficient and did the job in a timely manner.

Thank you [Member Name Removed]! We appreciate your business!
5.0

Great experience with this company. They helped me chose what i needed, which wasnt the more expensive options. They are always available by phone with helpful sugestions when i required help & saved me a service fee-all i needed was a new battery.

Thank you [Member Name Removed]! We try to treat our customers they way we want to be treated. Thank you for your business!
5.0

GenPro management was one of three companies that gave me bids on the job...their prices were the best and their work is impeccable...I saw the quality work that they did on a neighbors house so I hired GenPro...their workers get right to work on the jobsite and are very professional...and nice people...they answered any and all questions that I has as the work was in progress...Several of my neighbors and friends saw the work they did for me and the price for the job and they call GenPro to have a whole house generator installed for their homes.

Description of Work
I had a 20k whole house generator installed

Thank you for the great review! It's nice to be appreciated!
5.0

Everything went smooth and as planed. A real professional company.9

Thank you [Member Name Removed]! We enjoy working with you.
5.0

Good product. They did not "over" sell. Work was timely. Use of the generator was explained thoroughly. They are also handling the annual maintenance work to keep it in good working order which is also reasonably priced.

Thank you for the kind words, [Member Name Removed]! We appreciate your business!
5.0

GenPro's price was best among 2 other sources. The installation and ongoing maintenance is proceeding well. Would highly recommend GenPro!

Thank you Mr. [Member Name Removed]. It has been a pleasure working with you.
5.0

From purchase through routine service to repair, the experience is excellent. They recommended a brand other than the most well-known and popular brand because they said it was a better, more reliable unit. I'm glad I followed their recommendation. I have them service my unit annually. They usually call me to remind me of the service due, rather than the other way around. The only repair necessary in the years I've had my generator was to replace a battery that died prematurely. It was done promptly when I called. They do what they say they're going to do when they say they're going to do it. That says it all. Overall, I am well-satisfied.

Thank you [Member Name Removed]! You have been a pleasure to work with!
5.0

all good and work performed professionally and timely.

Great ....and now Service after sale is the same.

We appreciate you taking time for a review. Thank you for your business.
5.0

Good, they were prompt & worked me in to their schedule.

Description of Work
Was not exercising properly

GenPro showed up and did a good job. There was several problems with the parish inspection and gas company but that wasn't GenPro. They showed up on time and completed the installation. They work was great. They quickly resolved a minor issue and the backup generator works flawlessly. I would recommend them to anyone wanting a quality product and service. They installed an ATS (Automatic Transfer Switch) and generator.

Description of Work
GenPro installed a Kohler 30 KW natural gas generator at my sister in laws house. I paid for the work as I had used GenPro before.

They did a great turn key job including plumbing and electrical work . They made all the necessary contacts (permits and Utility Company gas meter change). They did everything when promised and always returned phone calls. It only took 5 weeks from the time we agreeded to purchase to generator start up.

I found the review of Blount Electrical on Angie's list with good reviews and my brief experience proved they were accurate. I called and spoke with Scott, whom the previous reviewer said was the owner. He was very attentive and wanted to know the details of my problem. I explained what was a serious issue for me- the shorting and failure of a wall outlet that looked like it was about to catch fire! I have good handyman skills myself and had already safely removed the faulty outlet. I was calling Blount to see if I could schedule an appointment to investigate what would have caused the issue. I had ideas as to what the problem was, but with such a serious failure, I wanted a pro on the job. Scott was able to confirm some things that I didn't know and suggested that I needed to install a higher amp rated outlet to accommodate a space heater that I had been using on that outlet. I can't say enough how appreciative I was for the few minutes on the phone, the obvious knowledge he has and shared, and the simplicity of the fix. I was prepared to pay for a visit, but was spared that with a solution I am able to do myself. I found out that Scott's business primarily does backup generator installations for residential/business applications. In any event, if in the future I have any electrical business that needs to be done, he will be the first call I make to schedule the job!

Description of Work
Provided information for an outlet failure in house.

I had a tile man who said that he could change some electrical boxes and switches when he installed the tile. He could not do it and I had to call on Scott and his team and they came promptly and saved the day. I had no electricity in my kitchen until they arrived and fixed the problem. They saved the day.

Description of Work
This is not the first time I have used them. They are the greatest. I first came into contact with them when the installed my whole house standby generator (Genpro). Scott is the owner and he came out yesterday and saved the day when a tile man left me with on electricity in my kitchen. He as great and all of his staff that has been here over the last year have been very professional and very caring. I would not use anyone else and would highly recommend them. It is so nice knowing that they are here and respond when I need them and that ALL of Scott's employees are so professional and will go out of their way to do what needs to be done and even sometimes go beyond what is expected of them.

These people were great. They came to run the wiring and put in the transfer switch for a generator. They were very professional and went above and beyond what they had to do. They corrected some electrical work that the original electricians had done when the house was put in in October 2010. The other company had not even grounded their work and these electricians told me that he just could not leave my house without making it right. We both wondered how the inspections were passed after what he saw and showed to me. I now feel safe and I am grateful that nothing happened before these electricians came today. I highly recommend them to anyone needing any electrical work done.

Description of Work
ran wiring for a generator.

We are here to help with all your needs. 12 years of electrical experience in the residential and commercial world. There is no job to small or big we just want to make sure that your home is safe and we have done a good job. Also we will always try to work in your budget and make your lifestyle needs our first concern. And always and again thank you for your business.  …

Eddys Electric is a Family Owned an operated Business That has been servicing the Baton Rouge an surrounding area since 1995 Execpt for the 2 years that we worked in New Orleans after Hurricane Katrenia. We are a license and Boned company.  …

Now serving Scott and Lafayette, LA! Established in 2010, OPTIMIZE has grown to be a GENERAC Generator PowerPro Premier Dealer (Top 50 of 5000+ Dealers). This allows our team to design, install, & service generator projects with the full support of GENERAC. OPTIMIZE is a licensed Electrical, Mechanical & Solar Contractor focused on providing Energy Generation technology for our customers. Our broad knowledge base allows us to service all of our customers power generation needs. You will find our team will go the second mile for our customers. Our sales process is information based with the goal of educating the customer to make an informed decision. OPTIMIZE is also an expert in the alternative energy space, including Grid-Tied Solar and Off-Grid Solar. We service and support SolarWorld, SolarEdge, SMA, Tigo, Enphase, OutBack & Humless power generation systems. If you have a generator or solar system that needs service or would like a quote on a new system please contact us through Angie's List or www.OptimizeEGS.com  …

Bonded
Insured
All statements concerning insurance, licenses, and bonds are informational only, and are self-reported. Since insurance, licenses and bonds can expire and can be cancelled, homeowners should always check such information for themselves.To find more licensing information for your state, visit our Find Licensing Requirements page.
General Information
Free Estimates
Yes
Eco-Friendly Accreditations
No
Emergency Service
Yes
Warranties
Yes

GENPRO SPECIALIZES IN GENERATOR SALES, SERVICE AND INSTALLATIONS. We do one thing and we do it well. We are STATE LICENSED and INSURED We offer: FREE ESTIMATES and SITE SURVEYS TURNKEY INSTALLATIONS SCHEDULED MAINTENANCE REPAIRS by FACTORY CERTIFIED TECHNICIANS 24 hr EMERGENCY Service If you need a generator, GO WITH THE PRO!

How is GenPro, LLC overall rated?

GenPro, LLC is currently rated 5 overall out of 5.

What days are GenPro, LLC open?

No, GenPro, LLC does not offer eco-friendly accreditations.

Are warranties offered by GenPro, LLC?

What services does GenPro, LLC offer?

GenPro, LLC offers the following services: GENPRO SPECIALIZES IN GENERATOR SALES, SERVICE AND INSTALLATIONS. We do one thing and we do it well. We are STATE LICENSED and INSURED We offer: FREE ESTIMATES and SITE SURVEYS TURNKEY INSTALLATIONS SCHEDULED MAINTENANCE REPAIRS by FACTORY CERTIFIED TECHNICIANS 24 hr EMERGENCY Service If you need a generator, GO WITH THE PRO!