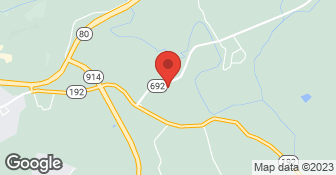 Exceptional company to deal with, extremely professional. Went above and beyond to help.

Description of Work
Plumbing as requested.

We have used Inner city trades several times both for our home and our rental properties. There are cheaper companies, but Inner City Trades has always been prompt, professional, and stayed within the projected budget. I like the fact that they have truly been reliable.

Installed one faucet with wrong parts, then they purchased new ones that didn't work, I contacted the manufacturer for information and ordered the correct parts through the local Lowe's store. Inner City installed the new parts correctly, while doing so broke part of the drain system and we were told they couldn't fix that. They installed a faucet set on a new sink, put the sink with faucet upside down on the rough floor, scratching faucet. installed sink without escutcheons, when I asked for them to be installed they did so. They are already starting to rust. Numerous service calls required. Although they didn't charge for installing the correct parts, they did charge me for the incorrect ones they initially installed and wouldn't reduce price of job, nor would they discount price for scratched faucet. Missed 3 whole days of work while they worked on this job. One of the workers complained repeatedly while he was there , and then laughed when questioned about the price. Each day they were there they left a mess on the floor. This job was way overpriced-Lowe's had a special at the same time which would have cost me about $350.00- they were the ones who ordered the correct parts for me.

I had initially called for an estimate on replacing my HVAC unit and got a few quotes with Inner City Trades being the best quote for the best units and found Corey to be honest and concerned for us as customers. I changed my mind due to circumstances being what they were and decided to just have mine fixed. Corey came and fixed my unit within an hour and had it cleaned and filled with Freon. Corey was great and I was recommend asking for him. Very kind and considerate individual who seems to care. This is my 4th or 5th time in dealing with Inner City Trades and I have never been disappointed.

Description of Work
Quote for new system - best quote (could not get done) Fixed my unit by cleaning and filling with Freon.

(deleted member name), I sincerely appreciate your business. Thank You for the kind words and I am glad that we were able to help resolve the problem. I look forward to doing business with you in the future. Please feel free to call us at anytime with any questions or concerns. Have a Great Day, Melissa Gray, Inner City Trades

Called last week, company was there 2 hours later started work. Had multiple problems with heat, one part was not in stock so work was finished on the following monday. Very prompt, repairs slightly under estimate. This is the first time using this company very pleased.

Thank you for you kind words, We appreciate your business and look forward to working for you again.

Your one stop shop for drywall finishing ,textured ceilings, and interior painting. We will make sure the job is done right at a fair price, and make sure you are happy give us a call at 423-871-8246  …

We are a Plumbing & Heating/Air Contractor.

Inner City Trades Inc is currently rated 4 overall out of 5.

No, Inner City Trades Inc does not offer eco-friendly accreditations.

No, Inner City Trades Inc does not offer a senior discount.