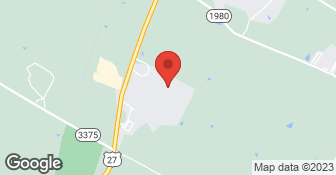 At Comfort Technologies Heating & Cooling we take pride in serving our community for any heating, ventilation and air conditioning repairs, installations and or services. We work on all types of air conditioners, heat pumps, mini-splits, geothermal, and gas furnaces. Our main focus is to ensure top notch customer service, followed by unmatchable quality throughout the entire process. We have built our company around the importance of honesty and loyalty which we always pass down to our customers. We're not only trying to set new standards for our industry but trying to revolutionize the customer experience from start to finish for years to come. So let our team help serve your family.  …

We are a faith-based HVAC company in Lancaster, Kentucky, committed to excellence. We uphold a standard of integrity bound by fairness, honesty, and personal responsibility. When you work with us, you can expect high-quality service. With our accurate knowledge and commitment to clients, you can expect solutions that work. We service all brands and are a YORK® Certified Comfort Expert™. Get in touch with us today to learn more about our work!  …

Fayette Heating & Air was founded in 1971 with one man, one truck and $500. From the start, Al Melrose was committed to providing quality equipment with integrity and outstanding customer service. As a second generation family-owned business, those same values lead our company today. Fayette Heating & Air has been recognized nationally, regionally and locally for both business practices and its community efforts.  …

Description of Work
Repair motor on heat system when it burned out on weekend.

These gentlemen are very professional and reliable. Have provided service for my home and office for almost 10 years.

The first installation was great. We had no problems. The second one utilized a brand new type of electronic system. After several months it was not working right. The good thing was that they took our complaint call very courteously. They tried to fix it. They finally had to go against the manufacturers and get us a new unit. So there was a problem, but I think they solved it in a great way. We have hired them several times, but haven't called them since the last time.

Description of Work
We used Comfortmaster Heating & Cooling to replace our furnace. They have installed two units for us.

Residential and commercial heating and air conditioning repair and installation.