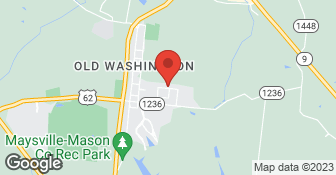 We are a family run buisness and with the love and talents the God has provided us with, we will strive to make all your dreams come true for your home or buisness....

There’s never been a better time to transform you home with Champion of Cincinnati! Think of us as a one-stop shop for everything you need to beautify your home’s exterior: windows, sunrooms, siding, roofing and doors. Only Champion offers the superior energy efficiency of Comfort 365 Windows, industry-leading limited lifetime guarantee, and award winning products made in the USA. For over 60 years, Champion has been manufacturing and installing quality windows, doors and sunrooms while creating a seamless experience for our customers. More than 9 out of 10 customers recommend Champion. Not only do Champion products enhance your curb appeal, but can also lower your energy bills, improve the comfort level of your home and reward you with a high return on your investment. Experience the difference Champion products can make for your home today! ENERGY STAR®, NSA, AAMA, Installation Experts, VSI, BBB, NFRC  …

Reed's, Inc. provides healthy home solutions, such as sprayfoam and all other types of insulation, as well as basement and crawlspace waterproofing. Our solutions will make your home healthier, more comfortable, and more energy-efficient. We have been an owner-operated business for over 30 years. Reed's is committed to excellence in every aspect of our business. We uphold a standard of integrity bound by fairness, honesty, and personal responsibility. Our distinction is the quality of service we bring to our customers. Accurate knowledge of our trade combined with ability is what makes us true professionals. Above all, we are watchful of our customer's interests and make their concerns the basis of our business. Please give us a call today!  …

Jason Gillispie last known address 1439 High St. Paris Ky.40361 the owner of Unity Total Construction A.k.A.River Valley Construction came and gave an estimate. We agreed to a contract with him on May 29, 2016. We made a payment of 20% which was$3,896.00 He said he would call 811 and have them mark utilities which he did. He said he would have someone out in a few days to start digging the sewer line. They never showed up.After many months of text messages and being lied to we ask him if he wanted to terminate the agreement.He agreed to terminate the agreement.on Nov.4,2016 he sent us $90.00 and that was it. We finally ask him if he would like to work the rest of it off and he agreed. But it was the same old I will be there in a few days and he never showed up again. So we had to get a lawyer and get a judgement. If you want to use this company/individual do not pay any money up front Communicate via text messages and keep all of them.

We offer everything that you will ever need to have done to your home or buisness. So please call us for a free estimate.