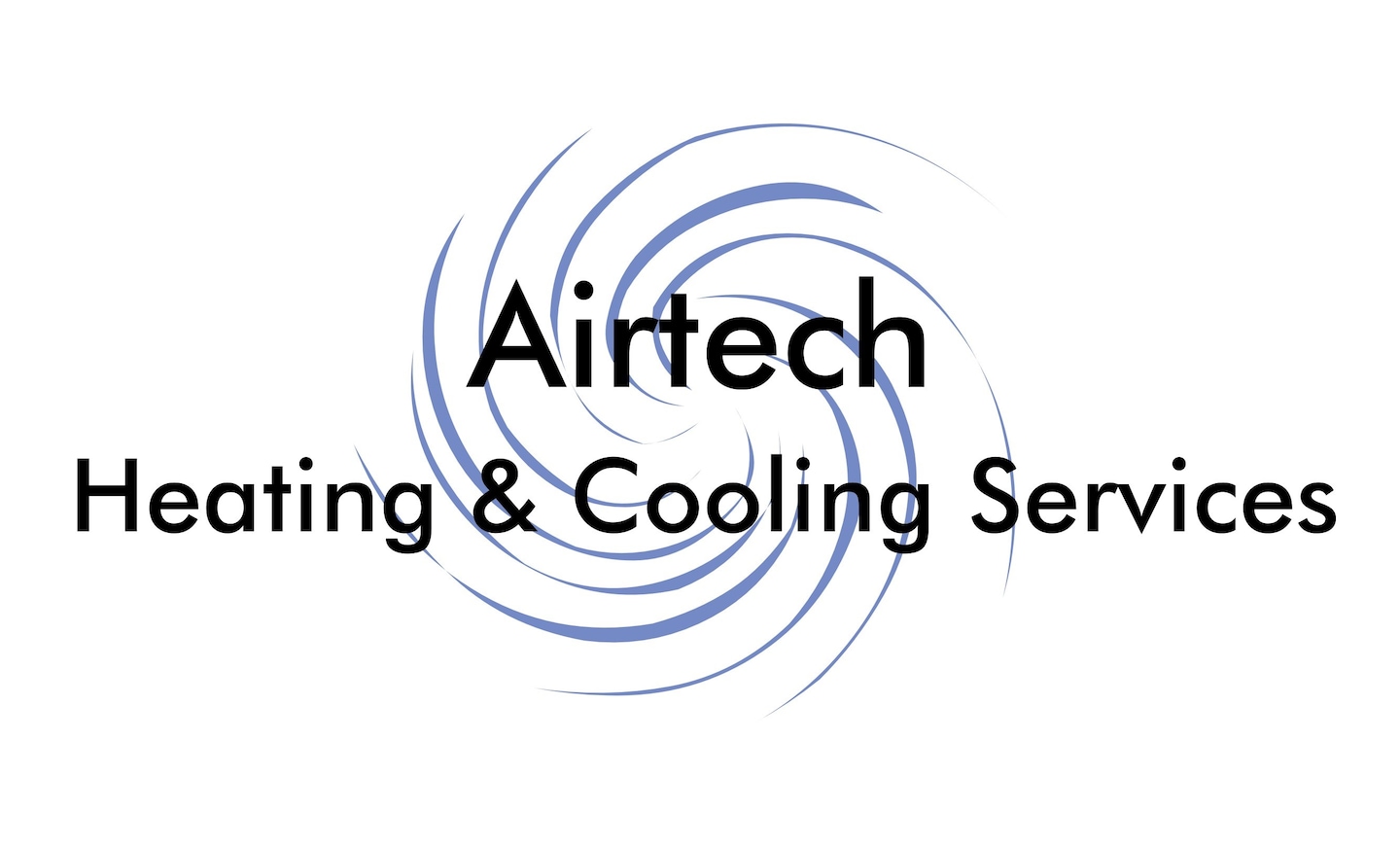 Check ups on air conditioners and furnaces for $59.95. Free 2nd opinions. Free estimates. 24 hour service. N.A.T.E. certified. We stand behind our work and offer the best warranties. Our company installs trusted brands such as Carrier, Trane, and Amana equipment....

Went great. Fixed the furnace issue and had everything running on the same day I spoke with him about the issue. Very fair.

Very professional, punctual and trust worthy. I would definitely recommend them for any type of Cooling & Heating work.

I have been planning to get a deck built for so long. This company sabotaged my plans by placing a huge HVAC in the middle of where the deck is supposed to go. The work was done when I was out of town. When I noticed how big the HVAC is and called them in for an estimate to get it moved to the side of the house, they said they would give me a discount to move it due to inconvenience and quoted about $500. Then, when I called once I have the money, they increased the quote to $900!!! I asked them to honor their original quote, but the person stated that he is the owner and what he says goes!!! So, I do not recommend working with this company as there are many more alternatives who keep their word!!! There may even be some that would actually notice how much bigger a replacement unit is and offer the customer a choice to move it before just deciding to put it anywhere they want!!!!!!! Ronny or Rodney, the owner, poses to be a terribly unreasonable and unprofessional business man due his disregard for his employees estimates and his soberness!!! VERY Disappointed in how this was handled!!!

Thank you for leaving a review. We installed your air conditioner in the same spot that your old one was (1 year ago). Your husband was there and said set it here so you can install a dog door in your sun room. If you had plans to build a deck then you should have told us that. Your husband should have told us that. We are not mind readers and have no way of knowing about long term future plans on building a deck if we are not notified. As far as the original quote to move your air conditioner that was in August 2019 and you did not want to move it but about 10' and you said the $500 quote was too high then. When I went back out the other day 10 months later now you want it moved at least 25' to the side of the house. I think that a quote of $895 was more than fair. But we are not interested in the work at all now. Good luck with your deck.
5.0

The technician Took pride in his work and was very professional. He answered all questions and was very informative. I would definitely hire him again.

Description of Work
Our air conditioner stopped working. It was very old and we decided to get a new one.

Replaced the HVAC system and also performed work on venting it out correctly (it is a old house). Ronnie was the initial person who came to provide the quote - a true professional. Installed HVAC unit as promised and on time. Stephen and Triston performed the actual work. Ronnie offered to come back (after I paid him) to make sure that there are no cold spots in the house. I took quotes from a lot of companies. Airtech was cheaper than other companies and I a impressed with the work quality. I would definitely hire them again!!.

thank you for taking time to leave a review. we appreciate the kind words and business.
1.0

We were under time constraints and needed someone within two days. Ronnie was the first to respond on a Sunday and offered to come out two days later between 9-12. He never showed and when we called, it went to a personal answering machine. When we finally got him, he had no idea who we were and wanted to know who we talked to and when. I wouldn't recommend.

I just moved here and low and behold my AC went out within the first month. The whole unit was a frozen block of ice. One company quoted me 3k for a new coil, but I'm lucky I asked around! I ended up only pay $150 for a recharge and AC is working just fine now. I will save them for any future needs.

Description of Work
AC froze over.

Furnace and AC installed got it put in and is a Carrier. I have only had it for a few weeks, so I will see if it is Energy efficient as my old one was. The old one was 16 years old and my gas and electric was always a $ 100.00 or less every month. The A/C unit is twice the size of my old one. But so far I am happy. These young men were very respectful and listen to what I needed. I think I got a great price too.

thank you for your business and the review.
1.0

They come to my house and said my heater working fine which i already know because the problem was with my ac and they said they will schedule appointment on april,2018 and check my ac accordingly without any additional payments but now i called them and they are asking for money again. They lie to me.

Description of Work
I requested for ac checking

On time and completed job efficiently.

Tech was supposed to be there between 3:00 /6:00 pm and showed up at 8:00 pm, on top of that he did not clean furnace as was paid to do, this company can not be trusted to do the work contracted for and this was a simple cleaning and tune up....they ripped me off.....NOT HAPPY!

The appointment was scheduled in a timely manner at a time that was very considerate of my schedule. They arrived on time and did a wonderful job with no mess. Their price was very reasonable and even had a coupon to make the service a real bargain. They were professional while being friendly. I would definitely hire them again.

Description of Work
Furnace needed to be checked and serviced for the winter.

The technicians were very courteous and respectful. They answered all questions with patience and professionalism. They removed my old furnace and install the new one very quickly. I would highly recommend them and would call them again in the future for this type of service. Great experience!

Description of Work
We had a carbon monoxide detector sound in the basement. Since it had been over a year that our furnace had maintenance we decided to call Airtech. They had an A rating on Angie’s List and lived up to it. After learning the cost to repair my very old furnace I decided to purchase a new one through Airtech who offered a great price.

Left Ronnie a Voicemail and he promptly returned my call. He arrived on time, and was professional and took the time to explain the items that needed to be repaired.

Description of Work
Tune up and repair

Perfect. Showed up on time. The technician was polite and knowledgeable. He performed the service quickly, efficiently and gave a thorough explanation of work performed.

Description of Work
Winter furnace check and tune up

He cleaned the furnace, replaced the igniter and detected gas leak in connection on my water heater so he replaced the whip and rechecked the leak.

Description of Work
He cleaned and checked by furnace.

They were efficient and answered all my questions. I will call them again for sure.

thank you for taking the time to leave a review.
5.0

It went well, I have an older unit, so hopefully the work performed will last me a few more years than expected. Service technician was very knowledgeable and friendly.

Description of Work
After the tune up, 2 pounds of Freon was needed along with stop leak.

thank you for the review. if you need any more help please call.
5.0

Unfortunately unit was older than I thought but they were honest and gave me tips for best route to go to replace to save money in winter and summer - appreciated the honesty with an unknown system. They were very knowledgeable on home warranties on if anything was covered since I recently bought house so that was very helpful. Had to have freon unfortunately but with unit 17 years old lucky that's all for now. Would hire them again definitely

Ronnie and crew came back out only three days after the AC check and put in the new system. The price was very reasonable and the work was done quickly. I will have them back out to put in a new furnace when the time comes. Highly recommended.

Description of Work
A routine clean and check turned into an order for a totally new central air system, but it was no surprise. I bought my condo a few months ago knowing that the 22-year old condenser was living on borrowed time.

It went very well he was quick and efficient and professional

thank you for the review. be sure to call back if you need anything else.
5.0

It went fine. A problem was identified with my heater and fixed timely. I would use them again.

Description of Work
As I am getting ready to move, I needed our air conditioner and heater serviced. He arrived between the scheduled time, was prompt, good price given.