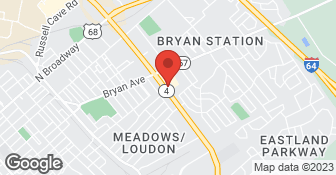 The sales people were very responsive and answered our multiple questions. I particularly appreciated that they sold me on their product and didn’t do pressure sales. The windows were installed without difficulty and they have made our home so much quieter and more well insulated.

Description of Work
Replace all windows in the home

Excellent service and products . Jon is a very fair person and is great to work with. I highly recommend working with Gilkey.

Very pleased with the quality of the doors, the excellent installation and timeliness of the work done. Would definitely hire more work as needed.

Great. No high pressure sales or lies about their products like two competitors did. Prices were comparable for a superior product.

Jon and the installation crew were very professional. Our home was built in 1955 and still had the original doors and windows. We decided on the Gilkey triple pane double hung windows and ProVia doors to stop the cold winter drafts, blazing hot summer heat, and the noise from the roads. The difference is remarkable. We looked at other window companies but Gilkey construction looked the best to us. Very happy with the ProVia doors; good seal all around and excellent quality. Highly recommend.

The majority of the windows were replaced on time, on budget and look great. Jonathan helped me redesign the two double hung front windows to create a much improved look with a picture window and two side basement windows. I couldn't be more thrilled with the result!! Thanks. We will certainly use this company, again.

Description of Work
Replace old Pella windows that were rotted

We have been very happy with all of the windows, doors and shutters that Gilkey has installed. Jon Dugan is always professional and very easy to work with. Installers always do a great job. We highly recommend Gilkey. Would definitely use them again.

Jon was very responsive, respectable and responsible in educating us and keeping us informed every step of the way. We considered several window companies and chose Gilkey because they offered a better selection of products and are a local husband and wife team that has been in business for over 40 years. Plus, they have a great rating on Angie's List and with the BBB. Their installers we also very polite and respectful, removed their shoes when entering the house, put down drop cloths and cleaned and vacuumed after finished. And, boy was the replacement FAST! I couldn't believe that they replaced 2 sets of 3 panel windows and 1 set of 4 panel windows in under 4 hours, start to finish! If any of our other windows need replacement, I would save all my running around and appointment-setting and go with Gilkey in a heartbeat!

Description of Work
We needed 3 sets of casement windows replaced.

Gilkey provided top notch customer service, competitive pricing and timely installation. It was a trouble-free experience. Would definitely recommend them.

Description of Work
Replacement windows and window modification for egress.

He arrived within the hour just as he had said. He was very professional, and what really blew my mind, he installed my windows, took time to show me what he did, and how he did it, so in the future I could do it myself. I gave them an A in each of the Review categories, and they deserved it.

Description of Work
Needed professional widow service quickly for hanging double hung TRACO windows that had been recently repaired. Heavy rains were predicted. I spoke with Jon, who listened, asked a few questions, and said he'd be at our house within the hour, and he was. I'd never done business with him or his company before, but #1 on my list now

I was on a waiting list that was about 2 months long, but the window was replaced within the time frame given. The window is beautiful.

Description of Work
Replaced a half circle window that had been leaking.

Excellent service, high quality product. Heating bills have definitely lowered this winter. Servicemen were very good. Jon is very helpful and came out and fixed a small problem himself right away. Had to wait 11 weeks their job list was so long but it was worth it. Have recommended to other people already.

Description of Work
Replacement of all windows in the house.

Both were done at the same time. 36 by 84 for the front door, 32 by 80, for the back door, approximately. They did an great job, the back door was some difficulty. The front door was perfect, the back door was the wrong size, and they did measure it, it came back with the wrong size, and I did not like it when they put it up, so they re-ordered it, and it came back right this time. I am not sure why the door did not come in right. John, I think he is responsible, got a good product, very nice, and if something is wrong, he will make it right. I was pleased with them. I think its worth the price, I can't get it anywhere else. It shuts, no draft now, and I have had that draft for over forty years. They did the job. They were great, the fact that they came back and replaced it, even though it was the wrong size, they made no fuss about it. I called them, and they said they will fix it. They came when they said that they would. They can't tell you when the order will be in, its made to order, but they call you when the doors come in. It was expensive, but it was an quality price, the big one was larger than most doors, and you have to pay more.

Hired them based off of reputation, and they lived up to it. They use one crew, so it took a little longer to schedule from demand, bad weather, and my own scheduling conflicts, but they did disclose this before I signed a work order. Definitely worth the wait. Since they use the same crew, they can guarantee quality, and it is apparent. They were professional, and in and out in half the time I expected. High expertise and trust is an important quality when having a contractor inside my home, and they exceeded expectations. Would certainly hire again.

Description of Work
Windows and doors.

Usually, tis is a 2 man job; however, one was on his honeymoon. Kyle showed up a little after 7:30 (as scheduled) and worked his bum off! He installed all 15 windows by himself and did a great job as well.

Excellent experience with Gilkey Windows. They were professional from initial meeting through followup. Installer was on time, and did a fantastic job. One small install issue was quickly responded to and rectified. I recommend them highly (and have to others who have used them).

Beautifully. The workers were conscientious and cleaned-up after themselves.

Description of Work
I needed a couple of glass doors replaced. Due to cost, I can only replace the doors one at a time. Jon at Gilkey was very understanding of this.

For the windows itself and the installers, I'd give them a B. The installers were really good, they're punctual and everything, very proper etiquette and all that.

Description of Work
They put our windows in, that was about 8 or 9 years ago.

Great! Every aspect of this project was beyond expectations! We are very happy with the quality of the windows. Everyone we had contact with from the salesman to the install crew were friendly and professional and we are very pleased with the quality of workmanship. We could not have asked for a more satisfying experience. We would do business with them again without hesitation. We give them our highest recommendation!

Great! Every aspect of this project was beyond expectations! We are very happy with the quality of the windows. Everyone we had contact with from the salesman to the install crew were friendly and professional and we are very pleased with the quality of workmanship. We could not have asked for a more satisfying experience. We would do business with them again without hesitation. We give them our highest recommendation!

They were informative; had great suggestions and all went perfectly

Description of Work
installed storm windows on a 1926 home in Lexington, KY

John (the estimator/salesman) was very efficient and explained all of the options without a high-pressure sales pitch. The workmen showed up on time and ripped the old windows out, installed new ones, and cleaned up, all in about two hours. The windows are smooth and well insulating. Happy with the service and with the quality of the product!

Description of Work
Gilkey installed seven windows for us.

AIC Roofing & Construction, Inc was started in Lexington in 2003. AIC is a residential and commercial roofing company that specializes in roofs, siding, and gutters. AIC is a locally owned company that takes pride in our work and has grown our business by providing quality work at an affordable price. We take time to meet with each customer personally and explain the problems found on the home, what is causing them, and the options available to fix the issues. Over the years our workmanship has been recognized by leading material manufacturers and trade associations. AIC is a GAF Master Elite Contractor, as well as an Owens Corning Preferred Contractor, among others listed on our home page. Join the thousands of people in the Lexington area that have trusted AIC with their roof related problems, give AIC Roofing a chance to earn your business TODAY!  …

Lexington Blue is the highest paying, most reviewed and approved of Roofing Repair and Roof Replacement Company in Central Kentucky. Procuring and producing over 1,100 local projects annually, this organization maintains a 99% approval rating across the board!  …

How is Gilkey Windows of Central KY overall rated?

Gilkey Windows of Central KY is currently rated 4.8 overall out of 5.

What days are Gilkey Windows of Central KY open?

What payment options does Gilkey Windows of Central KY provide

Are warranties offered by Gilkey Windows of Central KY?

What services does Gilkey Windows of Central KY offer?