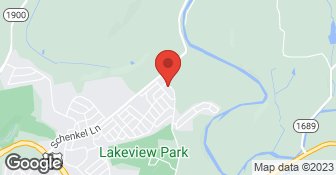 Coleman Construction Company is veteran-owned remodeling company serving Lexington, Louisville, and most parts of Central Kentucky. We specialize in the design/build home remodeling projects and strong communication with our customers and partners. If you’re looking to remodel, add-on, refinish, upgrade, or repair - Coleman Construction will listen and guide you down the path to completion of the project of your dreams! Gives us a call and tell us what you’re working with let us take it from there - a complicated project needn’t be complicated!...

Welcome to straight line painting we are committed to giving you the best service in every job because we believe that our clients are the priority. We offer quality work with great care, cleanliness and professionalism. No job is to big or to small for our company and we specialize in a variety of painting needs; from Commercial, Industrial, to Residential painting including repair services, drywall, epoxy floors, cabinets, stain, interior and exterior painting. Straight Line Painting always use the best quality paint and materials for your pleasure, providing you with the best service; satisfaction guaranteed! Our locally owned and operated company is based out of Lexington, Kentucky and serve surrounding counties. Choose Straight Line Painting and experience true quality and customer service.  …

JS Painting Associates is dedicated to serve Lexington KY and surrounding cities. No job to big or too small, references available upon request. JS Painting ASS. Free estimates for every one.  …

Chris and crew did a demo and rebuild of our deck. Everything started out great. The team moved quickly and efficiently. Several of the employees had to be let go for showing up to work under the influence. I'm almost a weekly basis I was asked for an advance so they could meet payroll. The crew would inevitably show up late almost every day and would rarely put in an 8-hour day. Boards were warping and cracking. The stain was put down way too early and will now need to be sanded to the bare wood and replied according to the manufacturer. The electrical work that they had started was not up to code. I have had to hire an outside electrician to clean up that mess. I don't have a lot of complaints about the actual deck itself, it's very solid and sturdy. The project was left unfinished after over 100 days on the job. One employee who showed up under the influence is still working there. Lack of time management and money management was a huge concern. If you hire this company do not give any money after your deposit until the job is complete and have a solid exit date on the contract. I paid 93% of the overall price and nowhere near got 93% of the work. Personally, I would advise you to save yourself the headache and not hire this company.

We came out and worked on the deck tirelessly for over 30 days in weather that ranged from scorching heat to being drenched from rain. We worked sundays and would have finished the project 100% if it had not been for the whole crew coming in contact with someone with covid and being told to quarentine. Also as far as the stain goes we were requested to apply the stain by a certain day so it would be done by his daughters graduation party. A miscommunication between him and the stain provuder led to a stain that needed an absolute crazy dry time. As far as the picturea go with the wood separating from the post we have no control over a piece of wood warping after installation. Nobody does. He is a great person but just doesnt understand the delays and costs of the construction industry. He ended up getting what shouldve been a 25000.00 deck for 14000.00