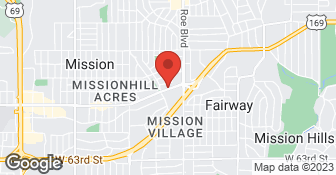 While completing a job at my home, which included switching out an old breaker box for one with greater capacity, the electrician left a live, uncapped wire hanging in my home. My wife discovered this by brushing up against the covered portion of the wire, pushing the expose portion of it into and connecting with the breaker box; this not only shorted out the circuit, but it also sparked and shocked my wife. While this was an old and unused back-feed, the fact that a live wire that was left unsecured is negligent and posed significant risk for fire, property loss or bodily damage. Fortunately, at the time we had a contractor at the house (who is skilled with electricity) and was able to secure it – which was on a Saturday. We then immediately contact Jeremy Electrical who stated they would dispatch an electrician the next business day – a Monday. Upon arrival, the electrician inspected the now-capped wire and stated that the condition it is currently in was the condition which they left it in, which is untruthful. Further, the electrician made no apology for leaving a dangerous and incomplete job behind and promptly left. The public should be aware of the both the lack of aptitude of this company that created a dangerous situation, and their general inability to take accountability for hazardous, inexcusable errors. While not related to this specific portion of the work, the company also attempted to gouge us. Prior to the onset of work, Jeremy provided a bid for the job, inclusive of all labor necessary to complete it. Near the completion, we were told that due to the fact that a portion of the job required a trench be dug by hand (rather than using a trenching machine) that we would be charged for additional labor. This was in spite of the fact that, again, the bid clearly delineated that all labor was included in the bottom line price. The fact that the trench had to be hand dug was a function of where various lines (sewage, electrical, etc.) were in our yard – however this was known information at the time of the bid. While we have refused to pay this additional labor charge, the public should be aware of the unethical methodology this company practices. Again, embodiment of Jeremy’s lack of aptitude to properly assess the job request during the bidding process. Lastly, upon completing the job, the company vacated the premises, leaving behind myriad refuse items strewn about in my yard. We had to specifically request that the come back to clean up the mess that the company left.

Used Jeremy Electrical at former Fairway home. Always excellent work and fair prices. Moved to Leawood--needed electrical work again and called Jeremy Electrical, Heating and Cooling. ROBERTO was again the person sent, and again, the work was excellent. Moved a thermostat and split out lights in front of house. Stuck to quoted (fair) price, did the work fast and meticulously. Will never use any other company for electrical, heating or cooling servicers.

Description of Work
Needed thermostat moved to another room and front lights split so all them didn't go on/off with one switch.

Jeremy Services was to do 2 jobs for me and neither of them was done correctly. The first job I paid for the day I received the invoice, even though I later discovered they only installed 9 of the 10 lights they were supposed to install. The second job was unprofessional and I had to go out and get someone to correct the work. Unfortunately, I was not at home when the work was done (tv bracket installation and outlet installation). The tv was CROOKED hanging of the wall. And I later discovered the outlet was hanging out of the wall. The workers said they ran out of time to complete the job and never came back. The owner actually sent me a threatening letter from an attorney to coerce me into paying something that was never done correctly in the first place. I can't prove this but his tone and actions towards me felt very much like someone who thought he could intimidate as a woman. It was a very bad experience.

EXCELLENT! Jeremy Services was prompt, fair prices, friendly, respectful, and professional. I've truly never had such a great experience from an electric company any other type of contracted service. They can have my recommendation any day

Great! I returned from vacation late Sunday night to my a/c not working. I called on Monday to Jeremy Services based on yelp and angie's list reviews. And on the same day, Michael repaired my a/c, explained things very well, and gave me full attention even though I know he received 2 other service requests while he was here. I am enjoying my cool air once again.

Description of Work
My a/c motor and capacitor needed replaced.

About 90 minutes ago I called. The motor and light are in and working. (I'll attach the blades so I feel like I did something.) Very quick to respond and managed to work us in to a busy day. Very courteous too.

Description of Work
Very fast response. Friendly and respectful of my home. Fixed the issue.

Description of Work
Switched two prong plugs to three on a couple outlets and ran wire to electric panel circuit so we could have our television and other components on a dedicated circuit.

I left a message late one afternoon was called first thing the next morning, provided an estimate over the phone & scheduled for the work 2 days later. The workers showed up on time and completed the job in less time than anticipated.

Description of Work
Removed two overhead lights and boxes and relocated into a new single box and hung a large heavy light chandelier.

They were able to handle the last minute scheduling changes. One of the other contractors was unable to complete his portion which prevented Jeremy from finishing the basement wiring. Did not make a big deal about the change. Came out and got it done quickly. Very reasonable and knowledgeable electrical contractor.

Description of Work
Jeremy and his employee wired a basement finishing project for me.

Certified and experienced for all your heating and cooling needs! We provide quality services including, diagnosing, repairing, and new equipment installations. Our pricing for all services, repairs, and equipment is very competitive. We guarantee the quality of our service, and we warranty all equipment. We ensure 100% customer satisfaction!  …

We are here to meet all your heating, cooling and refrigeration needs. We cater to commercial and residential, no matter how large or small the project. We have been serving residential clients in Kansas City and the metro area for over 10 years. No project is too big or too small. We possess expertise and experience in commercial HVAC and Refrigeration repair and install.  …

How is Jeremy Services overall rated?

Jeremy Services is currently rated 4.3 overall out of 5.

What days are Jeremy Services open?

No, Jeremy Services does not offer a senior discount.

Are warranties offered by Jeremy Services?

What services does Jeremy Services offer?