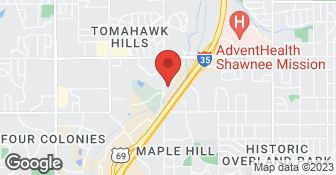 We are a locally owned commercial and residential lawn maintenance company specializing in personalized lawn care....

David has been taking care of my lawn for two years now. I started using him for fertilizer, aeration and overseeding last year and started using him for mowing this year since he was already handling everything else. David has always done a good job and has even suggested at times not using services I have requested because they would hurt more than help and would be a waste of money, which I respect considering it is a loss of revenue for him. I have received multiple comments from others about how much better my yard looks since he began treating it. I will continue to use him in the future.

It has gone great, we have nothing but nice things to say. Davis is very nice and goes above and beyond. Their scheduling and planning are great, especially as some treatments need water and they try to apply them prior to when we are due to get rain. They do great service and the lawn looks beautiful.

Description of Work
They do lawn mowing and lawn treatments/fertilization at my mothers home.

They pay attention to detail. I have referred them. They go above and beyond as far as giving service and always do a good job. They answer all my questions. They do mowing and lawn care for me. David comes himself and sometimes he sends other people that work for him Cory, the kid that that comes and does the weekly mowing has a key to the back gate. He comes out is quiet, efficient, does his thing, finishes up and goes.

I not only used them, I recommended them to a number of people. They will come back for a final leaf clean up. They will call me and tell me they are coming.

Description of Work
To spread fertilizer.

I had previously left a good review for Kansas Turfmasters, but over the last year I have been disappointed with them. They hit two of my trees and left big dents in them and and also over trimmed around the edges of the driveway leaving a big gap and more erosion of the soil. I did mention it and they said they would use a different trimmer but the damage is done and now we have to fill in those areas. For $180/month (mowing and treatments), I would expect quality work.

Did the job professionally. Never had any problems. Our yard was full of weeds, crab grass, etc when we moved in. Looks great now after a season of using Kansas Turfmasters. We also used them to seed our lawn last Fall and the grass came in well.

Description of Work
Sprayed lawn for weed, laid down seed, and fertilized lawn

We hired Kansas Turfmasters (David) last Fall to perform weekly mowing services. He also seeded once in the Fall, and cleaned up leaves a few times. The mowing services last Fall went well for the most part, but the service levels dropped off dramatically this Spring when they started up again. First of all, they mowed our yard for the first time in late March without asking us if we wanted to start our weekly mowing services. We felt that March was too early to start, knowing we'd now need to start mowing on a regular basis after the first mow. If David had asked me prior to mowing, I would have asked him to wait a few more weeks. We felt like he took advantage of us by mowing so early in the season. He explained that he was doing so just to get us on the weekly cycle, but then he could have skipped us for a cycle or two if he had only asked. David also took the liberty of increasing the cost of our weekly mowing services from $34 to $34.50 this Spring. While the increase was nominal, and we agreed to pay it going forward, out of professional courtesy, he should have notified us before making the increase. I do think that under $35 for our lawn is a very fair price. As for the mowing services themselves, on several occasions this Spring, the mowing was sloppy. For example, he would mow unevenly, even missing spots on occasion. He churned mulch into our yard and did not clean it up. He bladed our backyard with his mower, removing about a square foot of grass. David blamed these issues on a new person he used to mow that he said had no experience mowing. After that, David started mowing our yard. Also, for some time he was mowing the yard so short and not bagging it, that large clumps of grass would remain over the yard when he was done. Not only did I think that would kill the existing grass, but it looked bad with dead grass clippings over the yard each week. He said that he tried to fix this, but I was left every week with having to rake up the dead grass myself. We have a playground in the backyard, which is pretty common I think. I had to ask him to blow the extra grass off of the equipment (slide and sandbox) after mowing because it would be covered in so much grass each week. While he agreed to do it, I felt like this was something he should of done without me needing to ask him. Now, all of this said, each time that I asked David to correct a problem, he did so the next time around or so, except for the extra clippings and the turf damage (described below). But I felt like I was constantly having to call or email him about things I would think he should know how to do properly without being prompted. The reason I hired him was so that I don't have to concern myself with the lawn. I will also say that he was always very professional in responding to our requests. Recently, however, David mowed our yard amidst all of the rain we've been having. I know that this Spring has been particularly wet, and finding a good time to mow can be tough, but David proceeded to mow when our yard was much too wet. In the process of mowing, his mower tires tore up our lawn so badly that it damaged the yard. And on top of this, the large clumps of wet grass were so pervasive that the grass beneath is sure to die (unless I rake it up again). I've given Turfmasters a "C" because, despite the poorly performed services on several occasions, David's professionalism and willingness to try and get the job right is a positive. Plus, I think his pricing is fair. However, one can only go on so long with having to "babysit" a service provider before enough is enough. The damage he did to the yard this last time around was the last straw for us. I'm certain that we will have to pay to fix the damage David did to our yard. The jury is still out as to whether or not David will make this right, or simply cut ties and demand payment for sub-par services. Based on past experience, we have hopes that he will do the right thing, but he has not yet indicated that he is willing to do so. In fact, he quit before even offering to make it right (after providing a lengthy excuse as to why he damaged the yard). There are dozens of mowing services in KC, so we figured it was time to find someone else to perform this service for us anyhow. I would not recommend his services.

Description of Work
Weekly lawn service, as well as leaf cleanup and seeding.

Did a complete professional job.

Description of Work
They mowed the lawn, trimmed and cleaned off patio and driveway.

We moved to this area last November. I contracted with David in the fall to be ready to go in the spring. His bid was competitive and I felt like he'd do a good job. A couple of days after I set this up, he called me. Said he was remembering that I just moved here and did I know if the sprinklers had been blown out. This is amazing. Someone who is knowledgeable and looking out for you. Over the past year I have been more than pleased with the service. When I have questions about how much to water, David is prompt and thorough in his reply. He really collaborates with me to keep it looking good. Great company.

Description of Work
Mows the lawn weekly. Also provides fertilizer and weed prevention. Helps me keep the lawn looking good. I like having one company to take care of all of it.

David came personally to look at our lawn. He gave me the estimate for mowing and trimming right away. He was knowledgable and friendly and answered all of my questions (about lawn, trimming and some landscaping). He also answered promptly and made changes after I requested the grass to be mowed taller du to our yard being uneven in places. I did get several quotes from other providers and I found his price to be competitive. I have been using his service since July and plan on continue to do so next year. I did use a couple of Angie's list coupons which I was able to cumulate (mowing and treatment).

Thank you for considering Custom Lawn & Landscape, Inc.! Locally owned and operated since 1981. Custom is your local landscape company. Simply put, our goal is to make your life easier while providing meticulous service. We have pride in the reputation we have earned in over 30 years of delivering service and guaranteed satisfaction to residences and businesses in the Johnson County area. Custom Lawn & Landscape, Inc is a fully insured and licensed lawn. landscape and irrigation maintenance company. We are licensed by the States of Kansas & Missouri to provide outdoor pest control services as well as turf and ornamental pest control. We currently have bonding capacity to $100,000 for commercial landscape and irrigation projects. Our current staff numbers over 35 employees and we service over 2,500 clients in the South and West Kansas City Metropolitan area.  …

four employees, no subs. Cost is determined by the job, and travel charges may apply. No Services Fees. May contact via email.  …

Insured
All statements concerning insurance, licenses, and bonds are informational only, and are self-reported. Since insurance, licenses and bonds can expire and can be cancelled, homeowners should always check such information for themselves.To find more licensing information for your state, visit our Find Licensing Requirements page.
General Information
Free Estimates
Yes
Eco-Friendly Accreditations
No
Payment Options
Check, PayPal, Visa, MasterCard
Senior Discount
No
Warranties
No

How is Kansas Turfmasters overall rated?

Kansas Turfmasters is currently rated 4.8 overall out of 5.

What days are Kansas Turfmasters open?

No, Kansas Turfmasters does not offer eco-friendly accreditations.

No, Kansas Turfmasters does not offer a senior discount.

Are warranties offered by Kansas Turfmasters?

No, Kansas Turfmasters does not offer warranties.

What services does Kansas Turfmasters offer?

Are there any services Kansas Turfmasters does not offer?