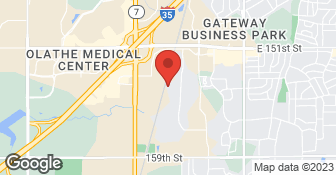 iResQ is made up of people just like yourself, people who love their iPods, iPhones, iPads, MacBooks, and other Apple products. We believe that we have found a better way to upgrade, repair and maintain your iPod, iPhone, iPad, Mac Laptop or Desktop Mac. Quick, affordable repair has never been easier, no matter where in the USA you are located. Additional e-mails - info@iresq.com & brian@iresq.com. Charges are determined by services provided. National mail order repair available. Free 24 hour diagnostics on website....

Description of Work
iresq replaced a battery on my old ipod classic, which I thought couldn't be done. They turned the device around quickly, and I couldn't even tell the ipod had been opened. Also, they communicated by email each step of the way. A++ class act all the way!

Ipod seems to work fine now, repair was good. Customer service was responsive and easy to reach by phone.

Description of Work
Sent 2 iPods for repair. Got them back and only 1 worked. Sent it back and they couldn't fix within a reasonable price, so I had them toss it.

Description of Work
Broke the screen on my newish iPad Air. I didn't have AppleCare so it would have cost $300 for Apple to replace the iPad. Shipped it off to IRESQ who received it on Friday morning and shipped it back Friday night. Everything looks good. The was a little rubbery glue on some of the edges of the screen but it wiped off - rolled up and picked off easily. Also there was a paperclip stuck to the back of the iPad - magnets. Found that a bit sloppy. Overall very happy and would use them again.

Repaired the broken screen on our iPad in a very timely manner - less than a week to repair it and ship back to me. They emailed me with updates throughout the process and even refunded some of the amount i had originally sent because the damage was less than anticipated. I give a lot of credit for that alone. Overall - this is a 1st class business and I wouldn't hesitate to trust them again with any issues. We are very pleased and thank Angie's list once again.

Excellent job with repairing my iPhone 4. Very prompt. Finished repair and sent back the repaired phone earlier than expected. Would highly recommend their service.

Description of Work
Repaired my iPhone 4.

I sent my phone in for the free diagnosis and estimate with a pre-approved dollar amount (for repair) of 75.00. I received an email when they received my phone. The email communications were excellent as they sent emails during each and every step and/or issue throughout the whole process. They needed the password to unlock my phone so thjat they could perform certain diagnostics. I was a little uneasy about this, but felt assured by the professionalism, so I continued forward with the repair. I received an email that there was an issue and I called. Long story short...The port was replaced and the phone was not powering up because the port replacement was unsuccessful. They tried replacing the port a couple more times and still it wasn't working. The price to continue further was way too expensive for me so, after speaking with the tech, Lucas (very, very professional and understanding and accommodating!!!) the decision was made to refund my pre-payment and mail my phone back to me. Lucas, the technician, went so far as to consult with his manager to confirm an idea that I had about circumventing the problem by just using a wireless charger, rendering the phone more useful than just a paperweight. I'm extremely pleased with the fact that they communicated thoroughly throughout the entire process, when the fix was unsuccessful, they refunded my money (I'm not sure if that was a courtesy thing or if it was their policy). I would highly, highly recommend these folks for any cell phone repairs! :-)

Problem solved with a phone call Quite unexpected, very welcomed. They have not only completely won my loyalty but I will recommend them unreservedly. I will have absolutely no reservations when I need to send some tech bit to them for repair. More details above.

Description of Work
Spectacular service by phone! My relatively new, expensive iPod Classic suddenly went black and regardless of my efforts stayed that way. It had never been dropped or damaged. After researching and calling Geek Squad,other repair services and pricing new ones I thought to check A's List. I called iResQ, the wait was only 2-3 minutes and the fellow who took my call walked me through some problem solving. The iPod (the only bit of technology I truly appreciate) came back to life. No other company offered me any assistance - only explained that I needed to send/take the iPod to them and the probable total cost for a battery replacement, $45.00 - 65.00 (not including postage and time). Unbelievable service!

I accidentally cracked my husband's macbook screen, we initially checked with a local i* repairer but they wanted quite a bit more money and wouldn't commit to a completion timeframe - I was nervous mailing the macbook out of state but I couldn't be happier with the service and speed! All of the instructions were perfectly clear, and the cost was reasonable even with the shipping.

Description of Work
I used IRESQ

I NEVER USED THEM

Description of Work
NOTHING

After reading reviews here, I was satisfied that this was where I wanted to send my ipad to have the glass replaced. It has cracked and spiderwebbed. I sent it out on a Tuesday and had it back in hand on Friday! And this is from East Coast to Kansas! Price very reasonable. Repaired perfectly. All was done through the internet. Internet site offers phone to call, but I never needed to. A+++ company! If you need any ipad, ipod or iphone repairs, this is the company!

Description of Work
Replaced ipad glass that was cracked and spiderwebbed.

I only researched it online and found it not to be what I was looking for.

Description of Work
I only researched it online and found it not to be what I was looking for.

Called for service and repair performed in less than 1 day. My son was leaving town and they restored computer quickly.

Description of Work
I spilled water on my keyboard. They were able to restore my computer completely and even gave me the option to add a new battery and get a new update. Definitely would recommend.

Great service! Could not have had better experience.

I researched several companies on line after deciding I didn?t want to try this myself, having opened an iPod before and encountered a problem. I was not pleased with the price of batteries or service from other companies. Then a friend recommended ?iResQ.? I checked out the website, and called. They answered the phone. That alone was a great sign. The price was right, the process was easy and fast, so I gave it a try. They received it, replaced the battery sent it out UPS the same day. I got it 2 days later. They answered email promptly and were friendly and knowledgeable on the phone. I?ll go back whenever I need Apple products repaired.

Description of Work
Battery sale and replacement for iPod Video.

Whole service was rapid and easy eventhough it involved shipping. Outcome was wonderful.

Description of Work
My daughter spilled a soft drink on the keyboard of her MacBook. The Apple Store said it would be very expensive for them to fix and they recommended iResQ who specialize in Apple products. iResQ has only one site in Kansas and has clients ship to them. They arranged shipping and packing for a much lower price than I would have arranged. Diagnostic was free Cost of repair was $1,340 but they said Apple might do part of it under warranty. Apple did ALL of it under warranty so I paid only a small fee for iResQ handling, cleaning and shipping. They were quick to answer phone and email, knew what they were talking about, friendly and apparently, not greedy. Next time I will send apple products to them in a heartbeat.

Computers slow down. Computers break. They get infected with viruses. They stop working the way you need them to. That's life. At Stoic 7, we have industry certified technicians to take the stress head-on. So when your technology starts to get the best of you, or starts to fall apart, you don't have to. Call or email us today.  …

How is iResQ overall rated?

iResQ is currently rated 4.8 overall out of 5.

What days are iResQ open?

What payment options does iResQ provide

Are warranties offered by iResQ?

What services does iResQ offer?