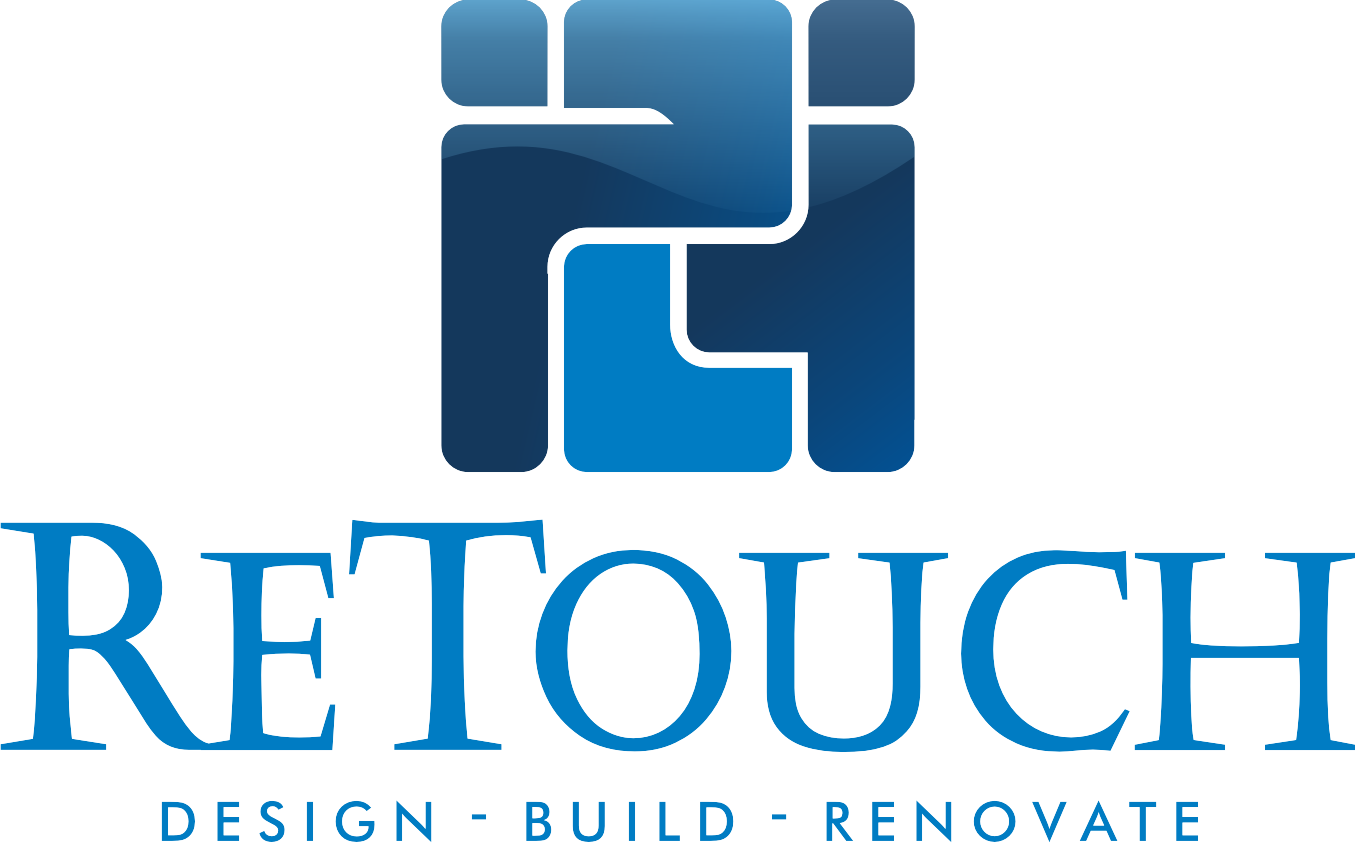 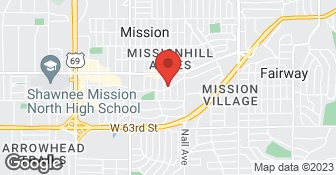 ReTouch works to help our clients improve their living and working spaces. We are client-based more than project-based, meaning we are more concerned with building strong, lasting relationships with our community of clients than we are with "selling a job". We strive to be the main resource for our clients' home and business building and remodeling needs. This leads us to do anything from replacing a light fixture to building a new office building....

$100 Credit Toward Kitchen or Bathroom Remodeling…

$100 Credit Toward Decks or Porches…

ReTouch came to the house and gave me an estimate to demolish and install a new deck. I then updated the design and they worked with me on an updated quote. ReTouch informed me of when they will be at the house, and they were on time. When the crew arrived, Dean and Dylan, meet with me and went over the plans and the proposed schedule and started the work. ReTouch did a great job. They demolished the old deck and installed new footings and new and additional frame work. They asked numerous questions throughout the installation and made some suggestions for the deck flooring to have a nicer layout. They did an awesome job. Richard the foreman kept me in the loop on everything and helped every step of the way. My wife and I love the new deck. ReTouch did an awesome job and I would be glad to hire them again!

Lead carpenter Mark Franklin was the on the scene manager and did a great job communicating and coordinating. Everyone was conscientious about their job and responsive to what we wanted. I recommend them and will use them again for the next project.

Description of Work
Our project involved total remodel of two bathrooms on main floor, a hall bath and master bath. We had bids from 4 firms and ReTouch priced the project right in the middle ($40,000) of the price range. Their designer did a good job in helping us pick quality products within reasonable price ranges. They brought samples of everything to us so we didn't have to run around town.

Critical: Professionalism, Responsiveness I met the owner at my house to review the scope of work. Nice guy. He gave me an estimate and agreed to do the work on my porch overhang. Afterwards, poor communication. Poor follow through. Two carpenters show up. I reviewed the scope of work with them and I left for work. 30 minutes after I left for work, they walked off the job. No call. No professionalism. Just left. 3 hours later I called their supervisor Richard who fumbled around and said that the workers weren't coming back. Huh? The owner is a nice guy but talk is cheap. Very unprofessional. I wouldn't count on them. 1 Star max.

from my front porch and wanted to get some wooden steps installed. On guidance from my parents, I reached out to contractors in order to get quotes and see what various designs/ideas could be reached. Lance provided me the best experience, and seemed to really understand what I was looking for, he kept an open line of communication and let me know about when work would start, even with all the rain. His team showed up on a Saturday and got the job done fast and well and I could not be any happier. His team was able to match the railing and all decorative pieces with the already existing deck. I will definitely be keeping Retouch Design and Lance in my phone book for future projects.

We recently hired ReTouch to remove an exterior wall and install a large sliding type patio door. From the very beginning of our project, ReTouch stood out above all other contractors we received bids from. When we first met Lance to look at the project, he asked us questions and just listened to us. He was genuinely interested in understanding what we wanted before even looking at the space or taking measurements for the bid. He also creatively worked to provide several options within our budget. From that point forward, Kelly was our project manager and was amazing. He was very courteous and kept us informed on any decisions that needed to be made. He communicated very well and let us know the plan for each day and when people would be in and out of our house. Every single person from ReTouch involved in the project (project manager, electrician, carpenter, finish carpenter, etc.) was a pleasure to work with, cared about the work they were doing and went above and beyond finishing out all the details of the job. We couldn't have been more pleased with ReTouch. They stayed within budget, completed the work on time and were all very high character people to work with. Thank you ReTouch!

Very well. Team was knowledgeable and expertly installed. Would definitely recommend to any one that want a excellent remodel done planed from start to finish!

We are extremely disappointed with the lack of professionalism, work ethic and integrity of ReTouch Design-Build-Renovate owner Lance McCarthy and his Contractors. Our kitchen remodel started June 17, 2019 with a contracted 40 days; completion date of July 26, 2019. To date, November 15, 2019, over 5 month later, ReTouch has yet to fully complete our project, as well as going over budget almost $5,000. Our Project Manager was April Harlan who informed us first thing that she had a remodeling project going on at her home. She stated that no other projects were getting her attention until hers was done. “It was her turn!” We later found out she had a big party planned for the July 4th Holiday. We thought she was kidding around but she was totally serious. And she did absolutely nothing as far as management of our project. She repeatedly pulling contractors off our project to work on hers. Her project was completed, then she left town on vacation. We also suspect her of ordering extra flooring the same as ours, charging the full amount to our account which resulted in her flooring cost being practically free. We suspect this because there were 18 full boxes of the flooring left over after our flooring was installed. If this was an miscalculation, she clearly has no aptitude for measurements as well as project management. Due to her lack of attention to our project most of the work was done wrong or was not done at all. The only thing that she paid attention to was getting paid. There were many deviations from the plans without a word to us. While still on the job, ReTouch was regularly redoing much of its own work after we questioned the results. Workers were never on time and often didn’t show up at all. We felt that we were prisoners in our home waiting around on them to show up to work. On several occasions Contractors treated us with rudeness and disrespect. ReTouch carpenter Tom Byles told my wife that the plan for the kitchen was ridiculous and that if we were so dissatisfied with his work, he would load up all the cabinetry and haul it off; then our project would wait until he finished up with 3 other projects. Unfortunately, we had already paid ReTouch for the work and the project was already 4 weeks past the 40 days leaving us without a kitchen. The quality of his work is very poor, while we paid an outrageous price for what was supposed to be custom cabinetry by a Master Craftsman. We would have had better quality from Lowe’s boxed stock. The ‘Final Invoice’ contained amounts for work that was either done poorly, or not done at all. Several times we emailed complaints and provided a list of issues, defects and faulty workmanship. Lance McCarty acknowledged our ‘bad experience & treatment’ and wanted the opportunity to try to make it right. We decided to give him the benefit of the doubt. However, we were again disappointed with the results. In the beginning it had been our desire to do our project with a local small business. We saved up for over 5 years and were really excited about having it done. We normally are not ones to be so negative but feel it important to inform others so that no one else falls victim to ReTouch deceptive business practices. Needless to say, at this time we are completely disgusted with the whole ordeal. We definitely would not recommend doing any business with ReTouch. Our recommendation to homeowners is to use a corporate business such as Lowe’s, Home Depot or Nebraska Furniture Mart since they will see to it that the contractors complete the project to the satisfaction of the homeowner or they don’t get paid.

On Retouch’s home page it reads “We enrich lives by redeeming spaces.” Retouch absolutely did this for our family and our now redeemed home. My husband and I bought a house in January of 2018 that needed heavy renovations. Initially Retouch was called to our house by the elevator company we hired to install an elevator. We were already overwhelmed by the amount of work needed to be done so we asked Retouch to give us some guidance. After a walk through this project was quickly becoming a bigger project than we had imagined. Retouch did our elevator shaft and the finishing of its floor, kitchen, hearth room, mud room/butler’s pantry, parlor, dining room, main floor ½ bath, master bedroom, master bathroom, master martini deck, basement with full bathroom, workout room, kitchen/bar and mantles on 3 fireplaces. Outside Retouch renovated the screened in porch, removed and rebuilt a new deck, renovated the walk out patio and gave our home a major transformation with a curb appeal that has me overwhelmed is the best way. Most of the areas mentioned were gutted to be updated, designed and function as we requested. The design team really listened to our requests and quickly learned what we liked, but still kept us informed every step of this journey. Retouch was in our house for about 9 months before we did a final walk through. There were unforeseen obstacles that delayed some aspects of the renovation, but knowing that when the work was finished we would be in a home that was more beautiful and more functional beyond any we could ever have imagined helped us remain patient. Our Retouch team was thoughtful, respectful and well-intentioned throughout this transformation. Retouch’s rates are reasonable and they did not push any services on us that we did not need. Everyone on the Retouch team was honest and trustworthy. We had friends and family who experienced the “before” of our house. Now they see the “after” is our home that truly reflects our family. Our neighbors applauded every step of the renovation and people have stopped by to express their amazement at the transformation that they watched over those months. Our lives have been enriched and our house has become our home. We would strongly recommend Retouch and we will be using them again.

We were very pleased with our ReTouch team's quality, responsiveness, and design solutions for our unusual master bath layout. Their completed project was timely and well executed, and the team communciated with us consistently throughout the design and construction process. We had used them previously for a kitchen update and were equally pleased with their work on that project. We would highly recommend them and would use them again for a future project in our home.

Excellent. The Retouch staff worked with us to make sure the final product was what we wanted. We had to change some of the fixtures from the original design which decreased the cost and Retouch was always receptive and cooperative. Would use them again without hesitation.

Description of Work
remodel master bathroom and lighting in kitchen