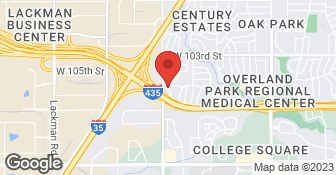 We’re more than a pest control company—we’re your neighbors. Every day, we work to make our community a better place, from fighting pests to doing volunteer work. You’ll find we’re raising the bar in the pest control industry, because our business is about more than the bottom-line—it’s about helping people. At Joshua’s, here are the values we hold dear and strive to uphold in every interaction: BE NICE We want to make our community a better place, and part of that is being a friendly, helpful neighbor. We believe small gestures can make a big difference. That’s why we smile often, work hard, and look for ways to make someone’s day. DO THE RIGHT THING We’re ready to tackle any problem we might face with openness and honesty. In everything we do, we’re committed to making our customers feel happy, safe, and secure. That’s why our safety and ethical standards are so high. KEEP IMPROVING It’s our goal to learn and seek improvement every day. We constantly raise our own expectations for ourselves. That’s why we have daily trainings, and it’s why we always try to leave things better than how we found them....

This company LIES and does not use good business ethics. In June of 2021, a field rep from Joshua's was checking in on the neighborhood because the of their clients from the neighborhood had not been serviced in 2021. I was told by the service rep that I had called in to reschedule my appointment. The problem is, I work from home and don't have a need to call to reschedule, I'm always home. I talked to my neighbors, they said they were told a similar story. I live in a neighborhood that most people are either retired or work from home. We would never call in to reschedule a pest control service. Lie number 2 came from a field service tech. He didn't do hardly any of his job. In his notes, (I only know what his notes said because the supervisor told me exactly what was in the notes) he said that spider webs were out of his reach. The webs were on the deck railing, maybe 4 feet from the deck floor. I was told by the field service supervisor who ended up coming out to my house that I was given correct information about what his service tech wrote in his notes and he would take care of the situation. Lie number 3 was me calling in and telling Joshua's that I didn't feel it was necessary for me to pay a bill when I didn't get service for 6+ months. They agreed to credit my bill for 4 billing periods. I told them that would be fine. Two months later, the bills start back up, 2 months ahead of when they should have. This company is will lie to you. They do not believe in business ethics. DO NOT DO BUSINESS WITH JOSHUA'S PEST CONTROL.

Technician was polite and addressed the problems I was having with ants and voles.

Charley was very professional and updated me on the results of the inspecion.

Wow! So pleased! I was sure we had an expensive termite control job ahead of us. Trace came in, did the inspection and said... just ants that made a home in our walls. Showed us how to seal shut at no cost!!!! Thank you 😊

I was contacted by a representative that scheduled us a full year service for $575.00. They had such great reviews and also offered us other packages for one time service. It went beyond what was ever expected! My wife and Angie’s List are always right!

Braden C. has been the technician who treated the exterior of my home on the last several visits. He always asks what issues I am having and follows up with me at the end of the visit. He is very professional and thorough.

I've used a few different pest control companies over the years and Joshuas Pest Control has been the best. They come out in between regular service if there is add' service I need. Due to all the rain this year, the ants have been really bad. Kievan, Field Expert, came out this afternoon and helped. He was professional, knowledgeable and really took time to determine the area of entry of the ants. He sprayed internally and externally. I highly recommend Joshua's Pest Control and appreciate they hire and train people like Kievan.

Description of Work
Follow up pest control for Ants

Joe P showed up on time and did a great job explaining what he'd be doing and answering all of my questions!

Excellent...the service rep was very educated and answered all my questions.

Description of Work
Sprayed the outside perimeter of the home and inside of the home.

Excellent, traps behind the stove, in the basement. Brady was awesome, professional, and efficient.

Description of Work
Traps for mice

I’ve rarely experienced such great customer service such as this. From the sales manager to the Field expert....very courteous and informative. Will was the field expert and he was great....very polite, explained everything and did a fantastic job spraying the interior and exterior.

Chad, our technician, was fantastic. He was very professional and polite. He took the time to explain what he was going to do and then went over expectations after he was done. I would hire them again for sure!

Pedro Morales arrived on time and was very polite, professional and clean. I was impressed and am glad that I signed up with Joshua's.

Jaleel was my first start up service with the company. He explain all what was going to be done and what expectations I should see.

Description of Work
Start up service

Very well. NALDO did a very good job and deserves your tip.

Caleb, Trevor, and Joe were out in this awful heat, and were polite and professional. They performed the mosquito treatment, and then went looking for ant trails, and found them in the front and back of the house. They showed me what they found and put out bait and sprayed. Really nice guys even though it was so miserable out there.

Great! Would recommend. Field agent was Charles, got rid of wasp nests that I didn't know we had!

Logan was personable and very knowledgeable. He answered all questions and displayed true professionalism.

Description of Work
Total inside and outside prevention treatment.

Great. Kievah came out and was so friendly walked the yard with us and answered a few questions. He treated the yard and even came back to make sure we didnt have any more questions. We look forward to spending time outside. Thanks so much.

Description of Work
Pest control service for inside and out.

Logan went above and beyond. He came and did our outdoor pest control on a Saturday morning. We happened to get home right when he was pulling out of our neighborhood. He took the time to get back out of his van, walk the perimeter of our property, explain everything, & address any other needs we had. We are so pleased we chose Joshua’s Pest Control.

We had our quarterly visit from Joshua's today. As usual our service was great. Jaleel did a great job. We have had no issues with ants since we started using Joshua's Pest Control services. Thank you, Jodi

Paul our field expert came out for regular scheduled service. When he arrived I had him look at a couple extra items that had popped up one of which seemed like voles in our yard and under porch. He was very friendly and knowledgeable and eased all my concerns! They are always professional and kind when they come out! In the middle of his service a heavy rain came I which did not stop him from doing his job. He completed the entire job thoroughly and let me know all the products are rated to be in the rain and the bait boxes for the voles were tamper resistant and safe for our dog to be around! He even informed me of how the test them for dogs and why they are safe! Overall never had issues with Joshua’s and insects and pest aren’t an issue anymore!

Our eco-friendly service can free you from pests like cockroaches, spiders, ants, mice, wasps, beetles, and more. Call today to schedule your appointment. We assure our clients enjoy freedom from pests. We follow through on our commitments and guarantee our service.  …

Scout Pest Elimination is a small family owned and operated business located in Olathe, Kansas. If you're dealing with unwanted pests or simply are looking for a maintenance program, we are here to help. We offer quarterly, bi-annually, and single treatment options. We don't upcharge on a single treatment like many of our competitiors and we don't lock you into contracts. We also offer termite inspections and treatments at competitive prices. We pride ourselves in customer care with your satisfaction as our number one goal. Scout is a fully licensed and insured company servicing the Greater Kansas City Metropolitan Area.  …

Let Joshua’s Pest Control ensure it stays that way. Joshua’s treats the following pests, so you can spend your time on better things: Ants Spiders Earwigs Cockroaches Mice & Rats Wasps Silverfish Fleas & Ticks Snails If you don’t see a pest listed, or if you have an unidentified pest problem, give us a call. We’d love to help!

Joshua's Pest Control is currently rated 4.9 overall out of 5.

No, Joshua's Pest Control does not offer a senior discount.

Joshua's Pest Control offers the following services: Let Joshua’s Pest Control ensure it stays that way. Joshua’s treats the following pests, so you can spend your time on better things: Ants Spiders Earwigs Cockroaches Mice & Rats Wasps Silverfish Fleas & Ticks Snails If you don’t see a pest listed, or if you have an unidentified pest problem, give us a call. We’d love to help!

Are there any services Joshua's Pest Control does not offer?