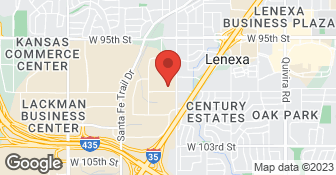 They very thorough and knowledgeable. They don't try to sell things that you don't need.

Description of Work
HVAC Cleaning and tune up.

Outstanding service for Two years! Great service and no over selling.

Could not be happier. Patrick and Andrew were a pleasure to work with. Meticulous work, competitive pricing and focus on cleanliness. They answer any questions. Superior service is their main focus. Highly recommend Pride Mexhanical.

I chose Pride Mechanical for their high ratings and I wasn't disappointed! They provided the best service I have ever experienced from a service company. Pride is a Trane service provider and Patrick spent over double the allocated call time rewiring, reconfiguring and cleaning my furnace, heat pump system. It looks like during the original install the two stage furnace was not set up to operate in that configuration and the humidifier was not working properly when the heat pump was on. Patrick was exceptional in explaining the situation and system configuration options. I most strongly recommend their services it was truly top-notch!! Great job Patrick and Pride Mechanical!

Patrick was very knowledgeable and professional. He was great at explaining things we had questions about. Install went smoothly and the results are very professional, and no mess left behind. Would definitely use them again!

Description of Work
Replacement of existing furnace and AC

My basement flooded and the furnace went with it. I called Pride mechanical and they came out the same day to give me a quote and a few days after the furnace was replaced. I could not be happier.

Added coolant and will be planning on having system replaced soon

Technician Andrew was very informative. You can tell he likes his job and the company he works for. Would call them if service is ever needed again.

Went great. Arthur checked everything out and he was knowledgeable. He let me know that my capacitor was weak and needs changed to prevent the blower motor from going out. My unit was also overfiring slightly so he adjusted the gas-air control. My price was low because I used a Groupon. Found a good company with Pride Mechanical.

Great! Everything was explained in detail so that I could understand. Work was completed and received recommendations for future work.

Patrick diagnosed the issue and fixed the problem quickly.

My friend referred me to Pride Mechanical because they had such a good experience with the company. I am so pleased with their services---everything from the initial call to book the appointment to the actual work that was done. Andrew not only cleaned and checked the furnace to get it ready for the winter but he answered a few questions about some things on the unit that I wasn't certain about. He was professional, knowledgeable, and honest. Thank you, Pride for giving such providing such good service!!

Great. He was prompt and efficient.

Description of Work
Check and maintenance on my furnace.

Excellent service and installation by the best KC company

Description of Work
Pride has replaced my AC unit and water heater.

It went GREAT! The unit was repaired,service was good and price very reasonable. Thank God for Pride Mechanical!

It went well, he diagnosed it as a bad compressor and needed a new AC unit. They were really reasonable in price, but we had a home warranty and they made things for difficult. Pride Mechanical was very understanding and reasonable. I will not hesitate to use them again in the future.

Description of Work
We just purchased our house a few months ago and the first time we went to go turn on the AC it was broken. We had Ian come out and look at it and he was out in 30 minutes. So nice and professional. Really knowledgeable as well.

Patrick did a good job of looking at all of the options and explaining them to me, showing me the parts and the possible outcomes and giving me a range of options for repair or replacement. I did not feel he was pressuring me one way or another toward repair or replacement and felt that his bid was competitive with what I knew other neighbors had paid and previous bids I had received. All of the staff were respectful and friendly.

Description of Work
The furnace blower was not working to deliver air conditioning to the house. I had the option of replacing a part to make it work again (on a unit that had several repairs in the last few years) or replacing the furnace.

My a/c stopped working on the hottest week of the year. Initially I called a large well known company that told me the motor and controller went out on the furnace so they suggested replacing it. Since it was going to be 5 days later I decided to contact Pride mechanical based on a referral from a friend. In the same night that I called, the owner came to my house to confirm the findings and ended up putting on a temporary motor just to get me air flow for a couple days until he could do the replacement. I can't describe how grateful I was that he came over late on a Saturday night just to get me some air flow! When pulling the unit apart he was able to tell me why the motor was continuing to go out which was because of a bad setup from a previous company ( you get what you pay for right). He was able to explain the issue to me so that I could make an informed decision to replace all three parts so that I wouldn't continue to have issues with merely a band-aid solution. He continued to work late hours to get the work completed, he price matched the other company (with a better quality product), and offered to pay for a hotel night since it took longer than expected (no fault of his own...a tech broke his arm so they were behind of schedule). The equipment came with a free 10-year warranty and a free one-year warranty on labor (which would be extended for 10 years as long as I keep up with my annual maintenance). I can't imagine using anyone else, I'll be a customer for life! I trusted him with my garage code as well.

I purchased the groupon for their AC maintenance. The technician was knowledgeable and they did a thorough job. I will hire again.

Not good. They found what needed to be repaired. He did not let me research part. He stood at door with it open (and air not working in summer) and told me i had to tell him right then if I wanted to fix it. He was rude when I asked him about the pricing.

The owner actually came to our service. I could tell he was loyal to his company. I respect that. I don't respect the fact that he was extremely rude. After being quoted a price I was trying to make a good decision and make sure I was getting the most for my money. I would say most people do this when you are about to pay a large amount. He felt as though I was questioning his integrity. He took it upon himself to break down prices and try to teach me business. He stated maybe I would understand if I own my own business. I do... we own two. He continued to make unnecessary comments in front of my guests. They were just as shocked as I was. Owning two businesses myself I would never treat a customer like this.... especially one who HIRED me and is PAYING for service.

Awesome!! Ian found the issue I was so impressed.

Description of Work
Maintenance and had issue with error code on nest thermostat.

Hire these guys if you have a chance...great quality and great service

Top Notch Heating, Cooling & Plumbing has been proudly serving the Kansas City Metro & Johnson County since 1974. We take pride in knowing that each and every one of our customers is completely satisfied, and every job is done completely and correctly, the first time.  …

Andy's Pipe Dream is a family owned and operated plumbing, heating and cooling business located in Lenexa, Kansas, and serving the entire Kansas City metro area. Started in 2003, by Andy Alexander, we strive to give our customers something they have never seen. Polite customer care with a focus on helping people. Every business is designed to make a profit, but we choose to do it in an honest and caring way. Backed by over 28+ years of experience in all aspects of plumbing, heating and cooling. Andy is an expert at solving your plumbing needs. So the next time you need a help please call and ask for Andy.  …

At Bright Side Plumbing, your satisfaction is our #1 priority. We are a family owned business founded by a fourth generation master plumber. We are proud to offer professional plumbing services, including drain repairs, water heater replacements, and sump pump replacements. We service many locations throughout Kansas City. Our work is performed by a Master Plumber and backed by a guarantee. Call right away to brighten your day!! 913-963-1029  …

Pride Mechanical, Inc. is currently rated 4.9 overall out of 5.

No, Pride Mechanical, Inc. does not offer a senior discount.

Are there any services Pride Mechanical, Inc. does not offer?