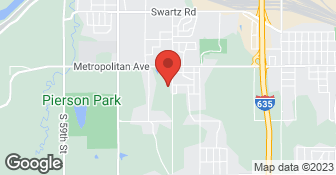 Cut Rate did a great job. They were on time, went about their business efficiently and charged a reasonable fee. I would use them again if I need those services.

Description of Work
Removal and disposal of furniture from apartment

Very good I called them last Sunday and they came in 15 minutes. They were on time and the owner is very pleasant.

I used them due to their rating and high volume of reviews. Eric did not disappoint. They were on time, professional and very kind. Thanks you for a job well done.

He was running behind, called me before he was expected and gave me a new time. I was hesitate to take it because I had another appointment and I don't like rushing. However, my appointment was bumped out until 12:30 so I agreed to the new time which was only 40 mins later. He came when he said and it took them about 20 minutes to move both appliances. I would definitely hire again.

Description of Work
remove 100-500 bags of trash from home

great. The work went well, and was doone carefully and in a timely fashion

Perfect. They were easy to work with and took additional junk than I first told him about. He called when they were on their way and arrived promptly. They did a great job. I will definitely use them again.

Description of Work
Removed old worn out furniture and junk from my house and garage.

Eric and his crew arrived on time and did an excellent job. They were very quick and professional in completing the work. They even noticed some old family photos that I had no idea existed and set them aside for me to review. Thanks! Overall an awesome experience and I would definitely hire them again.

Description of Work
Attic Clean Out and Junk Removal from Basement

We couldn't have asked for a better job done! Eric and his team were punctual and professional. I started to sweep up a room they had emptied and he told me that was part of their service. I would definitely hire Eric again and would recommend him to anyone.

Description of Work
Removing items from my parents' house.

We have the experience and dedication to get the job done right! Specializing in Handyman services; We guarantee your satisfaction, and we won't leave until the job is done right. We pride ourselves on the quality work we provide, while delivering great customer service! Call or click for your FREE estimate today! I offer all types of handyman services including: light painting, light sheetrock repair, light electrical, light plumbing, etc.  …

We can take care of all of your handyman needs.  …

Irod Power Washing is locally owned and operated out of Kansas City. Whether it is a small handyman task or a larger home improvement project, we are ready to help. We have over 10 years of home repair and pressure washing experience and we are dedicated to our clients. We offer a wide range of services and would love to help you with all your home needs. Please give us a call or click for a Fast & Free Estimate for House Washing, Roof Cleaning & Pressure Washing. Power Washing & Softwashing for Commercial Properties, Multifamily, Parking Lots.  …

Cut Rate Hauling Co is currently rated 5 overall out of 5.

No, Cut Rate Hauling Co does not offer a senior discount.

No, Cut Rate Hauling Co does not offer warranties.