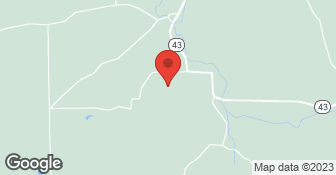 did a great job, prompt, complete, price is fair

Description of Work
cleaned my gutters (which are high!)

The company installed a membrane roof on the low-slope sunroom addition and a shingle roof on the addition with a pitched roof. They did an excellent job. The sunroom stays very cool in the summer because it is so well insulated and the white membrane reflects the heat of the sun. Both roofs look great and very professionally installed.

Description of Work
New roof on additions to house, one low slope and one pitched.

The service provided was excellent. The workers were very experienced and quick to get the job done well. We have had no problems since the roof was put in. I will call on them again and recommend them to anyone looking for a professional and hard-working roofing service.

Description of Work
We needed a new roof for our house.

Terrible from the start. The owner, Dennis, was very engaged during the estimate and talking through all of the work that we needed. Once we were ready to perform the work we let him know and ....nothing. I had to contact him several times to get him to come out and start. He had told me that I didn't need to pay him anything until they started, so I didn't. I called him, for the 3rd or 4th time now, to let him know we were ready to go and that we were selling our home so we needed to get this completed. He then told me that some people "decide" to send him half of the money and that he prioritizes those people, but then proceeded to tell me that I didn't have to send him any money.. So, I sent him half of the money. He sent his guys over to start and they tore off the roof quickly but then left for the day after laying down the paper. I went up and checked and the decking that needed replaced the most(where the leak was) wasn't replaced. Other decking had been replaced. I had to contact him and he contacted the "supervisor' of the job. Over the next 2 WEEKS....2 WEEKS... for a 1000 sq ft home...I continued to find things not done or done correctly such as the zipper boot on backwards and without the zipper, a shingle torn in half leaving nails exposed, shed wasn't done, etc. The owner, Dennis, let me know he was having issues with his "supervisor", Dustin Sullivan, who owns Sullivan Roofing. They had a falling out of some sort and put me in the middle of it. Dustin quit with my house unfinished, so Dennis sent out some new guys. They were better but shingles had to be pulled off and the ridge vent pulled off 3 times before the decking that needed replaced and was discussed during the estimate was replaced. The new guys fell through my ceiling, so then we had to have a drywall guy come fix that and he did a shotty job. Then his new crew said they would paint the bathroom once the drywall was done. They did and I came home to painter's tape EVERYWHERE and my fiancé was told to just leave that on for a day or 2 minimum....WHAT?! So I start peeling up the tape and there were puddles of paint on my white ceramic tile under the tape the entire ceiling wasn't painted so it didn't match. My 10 year old kids could have painted it better than they did. It was truly terrible. Keep in mind throughout this whole thing we are in the middle of selling the house and having inspections, etc. I painted the bathroom to get it done and get it done correctly. After that I didn't hear from Dennis for nearly 2 months. We had already moved. The first contact I have from him is an invoice for the rest of the job. I wasn't happy to say the least. I had expected we were square after the disaster that it was and that I hadn't heard from him in so long. After a few weeks of back and forth I still ended up having to pay him nearly full price for this work. The roof is on and it does look nice, but it certainly wasn't painless. I will never, ever, consider using Ellerman again. I like Dennis, but the workmanship and professionalism was lacking. And if I owned a business and had that big of a disaster the client would only pay for materials, period. It was a terrible experience.

Description of Work
Old shingles torn off, new paper, drip edge, shingles put on and also some decking was replaced due to a leak. Both the house and the shed were done. Also the ridge vent was replaced(which is what caused the leak to begin with).

We were very pleased with the work that this company did for us.

Description of Work
We had a new roof put onto our home. Dennis Ellerman was very pleasant and helpful. His crew worked hard and were very conscientious. They cleaned up after themselves and left our home looking so much better. They also replaced the roofing on our porch in a different material. Finally, we had them install new gutters.

I have used their services twice. I will hire again.

I like that they came out to do the emergency work quickly. They didn't do all the work immediately, but they did the stuff that was important to be done timely, quite quickly. I thought that was pretty good.

The interaction was good, but I didn't even have to interact with them that much over it. They got it done in a timely fashion and responded to my emails and phone calls.

Description of Work
They cleaned the gutters and extended the downspouts.

HORRIBLE. Angie's list required 3 dates of availability. After the first date was missed, and no phone call had been made to even schedule the appointment, I called Ellerman. Gentlemen explained he had recently been injured and was very booked. He said he would call back to schedule a time in the next week. He never called back. After the 3rd date of availability was missed, I called again. An appointment was scheduled. My wife stayed home all day to ensure someone came. No show. No call for rescheduling, just no show. We called back and rescheduled. Again, nobody showed up after my wife sat home all day waiting on them. When I called back he tried to tell me that his guys HAD been out because they assured him they had. They hadn't. If my wife had not been home all day it would have been his word against mine. Finally, we rescheduled a 3rd time. The owner himself came out. He was here no more than 20 minutes, cleaned a piece of tile that was blocking a downspout (in the back of the house only), ran a hose and some water to ensure it flowed, and left. He only worked on the back side of the house and did not walk the roof to check all gutters. He did NOTHING to the front gutters. He did not clean any of the grit/sand out of the gutters (which impedes water flow and allows debris to get trapped easily). There is over an inch of sand debris in my gutters, they are reduced in volume by 50% from this debris. Some areas are still completely blocked and clogged. He did not do do ANYTHING but remove a piece of roof tile on one corner of the gutters. I called him back and explained that I wanted a refund. For 20 minutes of work, paying $100 ($300/hr calculated out), this was ridiculous. Because I asked for a refund, he promised he would be back to clean the grit and sand out of the gutters so they are actually cleaned. He has still not showed or called to schedule. He sent a text 2 weeks later saying it would be $80 to come out and finish cleaning the gutters and to replace a pipe boot (which I will do myself). I want a full refund for this joke of a roofing contractor. 20 minutes work and didn't even clean the gutters like I payed for. Buyer beware, read other reviews. This is common - either doesn't show, or shows up for only 15-20 minutes and leaves the job not done.

Description of Work
Simply needed my gutters cleaned. Booked the contractor through an Angie's List special - for $100 gutter cleaning service. Gutters should have been cleaned of all debris.

They were very timely and easy to contact. They were knowledgeable and open for answering questions. Quality workmanship.

Description of Work
They tore off my old roof and replaced it with a new one.

How is Ellerman Roofing overall rated?

Ellerman Roofing is currently rated 4.6 overall out of 5.

What days are Ellerman Roofing open?

No, Ellerman Roofing does not offer a senior discount.

Are warranties offered by Ellerman Roofing?

What services does Ellerman Roofing offer?

Are there any services Ellerman Roofing does not offer?