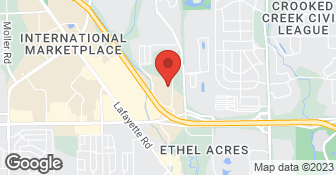 For over 15 years, Benjamin Franklin Plumbing has provided high-quality residential plumbing services to our Indianapolis neighbors. Whether you need routine maintenance, emergency repairs, or a full system install, you can trust our team of highly-trained plumbers, available 24/7, to take care of you and your home. Our trucks are stocked and ready for same-day repairs and our work is backed by a 100% Satisfaction Guarantee. Ready to cross this off your list? Call us today....

Mark was the plumbing project manager we worked with. He was superb. Great recommendations. We got two tankless systems and a pressure assist pump, as well as a new water softener system. Perfect for what we needed for our large home. Thanks.

Job was done quickly and well. Would hire again.

Description of Work
Toilet clogged up

Jeremiah was assigned to my job. He called on his way, and the company sent a picture of him ahead of his arrival. He came and diagnosed my problem and with full transparency we decided it was a better choice for me to go and buy a new faucet and the toilet part. He returned the next day and swiftly replaced m faucet and fixed my toilet. I appreciated his honesty, abilities and he was friendly to my dogs. I will certainly use Benjamin Franklin’s again.

Description of Work
I had a leaky faucet and toilet

The repair was done well, quickly and professionally and left no mess.

Rick did an excellent job in removing a very difficult existing faucet!!

Description of Work
repaired leak in pipe in crawl space

It was replaced quickly with no issues. I will hire again.

Went well. I thought I needed a new valve that was stuck in the closed position on the water line In my basement controlling water to an outside hose bib. Rick and Gavin loosened the valve wheel so the valve was operational again. Only paid the diagnostic fee which was reasonable.

BF plumbing Specialist, Mitchell Wistendahl was very cordial, professional, proficient and we are very pleased with the quality and results of the job.

The work was completed and the faucet works better than before!

Description of Work
Replacement of faucet washer and stem

Excellent. Brian P came early, took his time, explained everything, and showed me potential future problems. I will continue to request him when I need future help.

Gus was outstanding! He was very helpful in explaining the problem. He was pleasant, courteous, professional, and he fixed the problem! I highly recommend Gus!

They were wonderful. They are honest, hardworking, and very knowledgeable.

Description of Work
We had a plumbing clog

Call went well. Serviced tankless water heater for regular system flushing, did quick inspection of plumbing inside house, even to time to replace a dishwater hose I had on hand, but had not gotten around to installing. Was on time, polite and professional, even though it had to run back to shop because his small pump was working.

Description of Work
Maintenance on tankless water heater and repair of leaky toilets.

Brian arrived right on time as always. He came to do periodic maintenance on our tankless water heater. I asked him a question about our 20 year old sump pump and the advisability of replacing it. Without pressured talk he explained that our pump was long past its expected lifetime and told us of improvements in the technology. We decided right away to get a new sump pump and in less than an hour it was installed and operating. It was a pleasure working with Brian and we look forward to seeing him at our next periodic maintenance appointment.

They were great! They called when they were on their way and fixed the problem quickly. The time estimate they gave me was between 4 and 8 but they were there before noon! Thanks Juan!

Description of Work
Clean sewer from house to street

Very Satisfied. They gave me an quote within 15 minutes. and scheduled the plumber within 2 hrs. They arrived early and the whole was completed within four hours of initial contact. Many companies would not install product they did not selland no one would do the job I requested. It involved removing my old water heater and taking it back to Lowes. They loaded a new 50 Gallon water heater which was replaced under warranty and they transported back to my home and installed it. Very Satisfied.

Technician was great. He explained my options, none of which were good) and called manager to see if could wave the $49 visit fee. Manager wouldn't let him. I asked about senior discount but it was only 10% and only applied if I did the $207 level service which ultimately would have cost more than paying the $150. I think they should have an alarm ala carte pricing list for replacing individual components instead of or in addition to the tiered services. I have been a long time customer, over 20 years, and I am disappointed I couldn't get better pricing! Frankly, no pun intended, I feel the manager was being obstinate and taking advantage. I will not call again.

My toilet over flowed this morning. I knew the toilet was old and decided it was best to replace it. Fortunately, David had a toilet on his truck. The job was completed quickly and efficiently. I had several questions concerning other potential plumbing issues. David answered all questions and provided some suggestions to resolve the issues. I will definitely use Benjamin Franklin plumbing in the future.

Great! Richard showed up smack dab in the middle of the appointment window! He went over the different options of how the job could be accomplished and what would be best for my situation. He wrote up an estimate right there for me to look at and will be emailing me a copy for me to review. Some at home things have popped up so I will need to delay my job. But all in all, very responsive, incredibly accommodating, knowledgeable, and extremely personable!

Benjamin Franklin Plumbing installed an American Standard single handle shower valve in my hall bathroom on 8/3/2004. On my documentation it states "Lifetime part/labor warranty", if I could post a photo of it here, I would. On 10/7/2004 they came and replaced (under warranty) the cartridge because it was making a loud banging noise. On 11/10/2006, they again came and replaced (under warranty) the cartridge and balance valve because they were, again making a loud banging noise. Once again, (August 2021) our shower valve began making a loud banging noise. I called and explained I needed warranty work completed. A few days later they sent a plumber over (August 11, 2021). He looked at my shower valve (without touching it). I told him about the previous history of the valve. He said they don't use American Standard at least since 2009 when he started working there. He said he was going to look into it and call me in the next couple of days. He never called. I waited for four business days and called the company on 8/17/2021. I was told someone would call me. I received no call. I called American Standard and obtained the part numbers for the cartridge and balance valves, I thought it might help get things moving. I called BF Plumbing again on 8/18/2021 and explained what has been going on (and that no one is returning my calls) and I just need a shower valve replaced under warranty. I gave her the part numbers. She told me she was going to "elevate" my call. I gave her the part numbers for the valve. That was a few days ago. This company replaced this same valve under my warranty twice, the part failures are not their fault, but how they choose to handle warranty obligations is. I went to Menards and purchased the cartridge and valve. I installed them yesterday. The banging can be detrimental to the soldered copper pipes in the house and needed to be fixed, I could wait no longer. The parts were about $40, I spent about two hours on it, including my trip to the store. I recently retired, I was earing $31/hour. So (based on my recent pay rate) I conclude I have $102 into this repair. Sure I can fix things, but why would I when I have a warranty?

Description of Work
Warranty replacement of a shower mixing valve and balance cartridge.

The water heater went out late in the afternoon and I was able to call before 5 PM. I got an all-day appointment for the next day and my guy ended up coming at about 9 AM. One man (Dan) installed the water heater in a difficult-access area. He had to remove my water softener and dismantle the humidifier to get access. He put everything back together nicely and all looks slick and well-done. He is a nice guy and pleasant to talk to. It was a good experience.

Established in 1978, Cooper's Water Conditioning has national brand name whole house water softeners, reverse osmosis drinking water systems, and iron filters that last for years without interruption. We are a family-owned business that offers the highest quality water treatment at affordable prices. Our service area is Indianapolis and all surrounding areas .  …

Family owned and operated since 1946. The Hull family has owned the business for the last 72 years and provides residential and commercial water softening, filtration, drinking water, salt delivery, bottled water and service to most makes and models of water softeners.  …

Welcome to Aqua Otter, a locally owned and operated water purification company serving Indianapolis, IN, and the surrounding area since 2002. Even our supplier Hydrotech Canature Water Group located in Carmel IN. We offer the top water filtration systems and water conditioning services in the industry. Our professional and reliable staff will improve the quality of your water for you, your home, and your office. We strongly believe in honest, quality work and truly care about our customers. Our goal is to find you the solution you need as quickly as possible and deliver quality water. **Payment plans available**  …

Benjamin Franklin Plumbing - Indianapolis is currently rated 4.6 overall out of 5.

No, Benjamin Franklin Plumbing - Indianapolis does not offer eco-friendly accreditations.

Are there any services Benjamin Franklin Plumbing - Indianapolis does not offer?