Mulch and Topsoil
Leaf Removal
Lawn Fertilization & Treatment
Lawn Irrigation
Lawn and Yard Work
Fencing
Decks and Porches
Licensing
Bonded
Insured
All statements concerning insurance, licenses, and bonds are informational only, and are self-reported. Since insurance, licenses and bonds can expire and can be cancelled, homeowners should always check such information for themselves. To find more licensing information for your state, visit our Find Licensing Requirements page.
Business Details 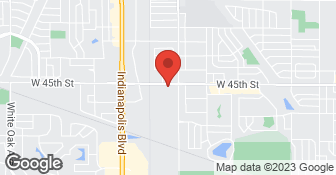 We specialize in pressure washing services of all kinds, home/ garage clean-outs, junk removal, hauling or delivery of appliances/ furniture, and so much more! We guarantee your satisfaction and we won’t leave until the job is done right. We pride ourselves on the quality work we provide, while delivering great customer service! Check out all the services we offer below and call -- or-- click to schedule a free estimate today!

When your basement is flooded, consistently damp, or just plain smells bad. When your toilets won’t flush, drains make strange sounds, or you’re fed up with the puddles in your yard that won’t dry up. When you’ve finally come to the conclusion that today is the day when you WILL take action and clean up that dirty, dangerous crawlspace. We’re here to help.

DESCRIPTION OF WORK
.He was not contracted for snow removal.  It was an error, as we do not need snow removal in August. It was for installation of Patio.  I would like him to respond to this.  Still waiting to hear from him regarding correcting the installation of our Patio.  Never responds by phone or text.  Just very disappointed and had  us fooled.  We have a 2 year warranty which does not do any good if he does not call you back to correct his mistakes.

This is a claim for snow removal and we were never contacted or hired for this or the amount stated. This is false.
2.0

DESCRIPTION OF WORK
They installed a brick patio. We are still waiting for them to come out and correct. It is has a much bigger slope than we requested. Our patio furniture does not sit right. Tried to have him correct before he left but said it was an illusion. We have been trying since the beginning of July for them to come and complete the work. This review could all change if he makes good on his promises. So far, just a runaround.

Project originally was to last 2 - 3 weeks and it took almost 8 weeks.  we did have some rain days however that was not the issue.  Owner was not paying employees timely so they would walk off of the job.  I was hit up on 2 occassions to advance payments so he could get back some of his guys.  he worked very short days when he was available and had to be convinced to put in weekend work.  He left ...

Understandable frustration with time, 175 ln ft of Creta stone retaining wall added after initial time frame was given , as well as a flagstone walkway 120 ln ft , 2 1/2 weeks of work was added along with 2 weeks of heavy rain limited the amount of work that could be done at one time due to soil saturation, as most of the wall and patio was on a 45 degree slope with a 12' drop. The extra time was ...
5.0

I called Chris one night and he did the work the next day before noon. My son's comment after the work was done was "Awesome job." I have given Chris a retainer to carry us through this snow season and intend to use him next year.

DESCRIPTION OF WORK
Chris Woodall the President cleaned and salted our driveway and sidewalks. I tried several companies to no avail.  They promised but didn't get back to me or follow through to do the job. Chris is responsive, polite and professional.