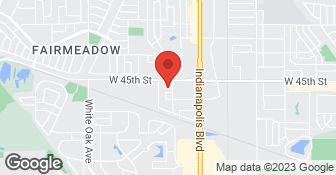 I had a water disaster at my home in August this year. I needed new ceilings, flooring, and 2 bathrooms fixed. A friend highly recommended Bob the Builder to help me with reconstruction. I worked with Tom B through the whole process. Tom took very good care of me. He answered all my questions in a timely manner, and assisted me with figuring out how to fix my home. I am so very happy I hired Bob the Builder! They have all the expertise of working with the insurance companies and their clients to get the job done right. Tom is such a great person to work with and his team did such great work. You will not be disappointed in hiring the team at Bob the Builder! I will definitely hire them again for any future projects.

Description of Work
Water damage repair in bedrooms and bathrooms

Bob the Builder was a blessing to my family. After getting no where with other contractors and dealing with the insurance company. Bob the Builder step in and handled everything that needed to be done to get my mother’s house repaired. Me and my siblings were searching to find a contractor to repair my mother’s house since December 2020. We even asked our insurance company for recommendations but those contractors gave us the runaround. When we hired Bob the Builder they gave us outstanding customer service and kept us updated on everything. If you are looking for a trustworthy contractor, Bob the Builder is that contractor. If you have any questions or would like pictures of the work that was completed, please feel free to email me, ikeishaclarke@aol.com.

A friend recommended Bob the builder to me. I had several estimates. Their price was right in the same ballpark but they were very professional and explain everything to me what would be done in terms I could understand. I hired them for the work they did siding on my house and my garage and installed two new garage doors. I was beyond thrilled with the end result. I can usually find one or two things wrong when people come out to do work but I seriously could not find any issues and I'm just completely happy with their work and their professionalism

Bob the Builder did an amazing job with our bathroom remodel! They were very accommodating & able to do whatever we wanted. Tom, who oversaw our project was always reachable & walked us through every step of the way. From the moment he came to do our initial quote we were instantly impressed. Derek & the team who did our work were so nice & did an excellent job. Very high quality work & looks exactly like we envisioned. The only hiccups we had through the whole experience were delays in getting some of our products, but I think that was largely due to the manufacturers & the pandemic rather than any fault of Bob the Builder. Would highly recommend!

My point person was Tom. I am disabled and Tom told me that he would handle everything, all I had to do was make the initial phone contact with the insurance company, which he walked me through. He was as good as his word. The work was done on time, with considerate and professional workers, and the finished product looks beautiful. I could not be happier. I would recommend this company without hesitation.

Well organized crew. Supervision was at my house in advance of materials being delivered. Confirmed scope of work and material delivery correct. Crew did an amazing job installing the joists, and even took the extra time to reset the existing joists to ensure optimal spacing. Respected my property, and cleaned up everything. Will definitely hire again.

Very satisfied with the service given by BB. Tom was very professional and answered all of our many many questions. We don’t trust very easily, but Tom made the experience easy for us. No scams, honest work.

Description of Work
Chimney tear down and roof replacement

Initially, I thought it was fine. However, I was very curious why the contractor would not let me talk to the insurance adjuster. He told me to stay in the house and leave everything to him. (RED FLAG) I'm not sure why I let that happen. After the negotiations and the contract was signed, the contractor advised that he failed to charge me for the cost of the chimney. We specifically talked about the chimney cost and how he wasn't putting it in the contract so it wouldn't alert the insurance company (RED FLAG ) He would just charge me another $1200 for the chimney or not do the inside work. At that point, I should have cancelled the contract. The contractor yelled at me that he forgot and he made a mistake. Yelled at me in a very loud voice. He then did that "used car" sales pitch where he has to go talk to his boss and then comes back and sends me an email that they will fix the chimney for free. I spent about twice what my budget was, and I really am mad at myself for failing to get other estimates. That is on me. The roofers put a new roof on - my old roof was less than 5 years old - not sure if a simple repair would have been okay and left a mess in my yard. There was debris from my gutters and little blue things that they use when they replace a roof. I told the contractor that, and he said "the roofers don't make money if they clean up after the gutters and feel it's not their job". Okay, whose job is it? Who did I pay to do a job? Am i supposed to hire someone else to finish up what the roofers left behind. My pet peeve is when I pay someone to do a job, and they don't finish the job and say it's not their job. That makes me so angry. Again, I'm so mad at myself. I know better. I just felt like at the end of the day I was taken advantage of. I don't think I needed a whole new roof, I spent twice the money I had budgeted, and I had a mess to take care of. I use Angie's List so I can avoid being taken advantage of and considered the "old lady" who doesn't know anything.

Description of Work
Shingles were loose - water was coming into the kitchen. New Chimney

It was a pleasure dealing with Wes, Tom and Bob from the estimate all the way through to the clean up. The crew was very pleasant and professional from start to finish. The crew promptly arrived at 7:00 am and were cleaned up by 12:30 pm. The roof on my home has never looked better! Thank You all at Bob The Builder for a great job done at a reasonable price!👍

Description of Work
Full Tate off and replace shingles