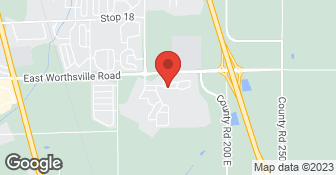 Description of Work
Replaced all electrical outlets in my home.

We had a Saturday appointment in order to look at the work and provide an estimate. Mr. Apple never bothered to show up or call. We called his cell phone several times, and he finally returned our calls late that afternoon. The next week he called again and said he would be available to come over for the estimate. We did reschedule, and this time he was punctual and said he would call me that afternoon with an estimate. Well, he never did call. Vendors who waste my time then never bother to follow up are a particular sore point with me. Years ago Mr. Apple did such a great job repairing an outdoor light and reworking our electrical system in our old home, and we really would have given him the job had he not stood us up that weekend. Don't know what happened between that first job and now, but his lack of professionalism with us was a real disappointment...or maybe he just doesn't need the work.

Description of Work
We requested an estimate for outdoor electrical work and possible replacement of some light fixtures.

He's a little pricey, but you definitely get your moneys worth. I'd recommend him to anyone who needs an electrician. He is extremely honest - they even talk to you and explain it before they do it.

Description of Work
He is my current electrician.

When they say they are going to be there, they are there in force.

Description of Work
Do all our electric renovations at the firehouse.

DUE TO A REAL ESTATE CLOSING, I NEEDED SOMEONE FAST. SCOTT GOT SOMEONE OUT THE NEXT DAY FOR OUR QUICK JOB. REALLY NICE PEOPLE, REASONABLY PRICED CONSIDERING WHAT I NEEDED DONE. WE WILL DEFINITELY USE THEM AS WE BEGIN BUILDING OUR NEW ADDITION.

We are a family owned Electrical Services and Lighting Design Firm. We take pride in pleasing our customers with superior service and innovative Lighting designs. Proudly serving Indianapolis, Carmel, Zionsville, Westfield, Fishers, Noblesville, McCordsville, Greenwood, Bargersville, Avon, Plainfield and all of the state of Indiana.  …

We specialize home lighting upgrades, lighting additions, and electrical troubleshooting. We guarantee your satisfaction, and we won’t leave until the job is done right. We pride ourselves on the quality work we provide, while delivering great customer service! Check out all the services we offer below and call -or- click to schedule a free estimate today!  …

FREE ESTIMATES for new installs and replacements! Call today to schedule! Dowdy Electric, Co. is fully licensed as a master electrician and electrical contractor. We provide quality electrical services for most of central Indiana and we are able to provide you with complete residential and commercial electrical. Dowdy Electric, Co. is an Authorized GENERAC and KOHLER sales & service home standby generator dealer. Ask about Angie's List discount. 317.24.POWER (317.247.6937)  …

All statements concerning insurance, licenses, and bonds are informational only, and are self-reported. Since insurance, licenses and bonds can expire and can be cancelled, homeowners should always check such information for themselves.To find more licensing information for your state, visit our Find Licensing Requirements page.
General Information
Free Estimates
Yes
Eco-Friendly Accreditations
No
Payment Options
Check
Senior Discount
NO
Warranties
Ask for details

ANYTHING RELATED TO ELECTRICAL.

How is APPLE ELECTRIC overall rated?

APPLE ELECTRIC is currently rated 4.9 overall out of 5.

What days are APPLE ELECTRIC open?

No, APPLE ELECTRIC does not offer eco-friendly accreditations.

No, APPLE ELECTRIC does not offer a senior discount.

Are warranties offered by APPLE ELECTRIC?

No, APPLE ELECTRIC does not offer warranties.

What services does APPLE ELECTRIC offer?

APPLE ELECTRIC offers the following services: ANYTHING RELATED TO ELECTRICAL.

Are there any services APPLE ELECTRIC does not offer?