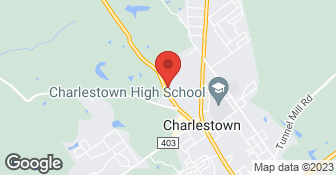 Comfort Zone Heating and Air Conditioning provides sales and service for all makes and models of heating and air conditioning systems. We are a family owned and operated business with over 30 years of experience in the HVAC Industry. Call us today and see what our thousands of customers already know. You have found the only HVAC contractor you will ever need!  …

Great. I would recommend them to everyone

Description of Work
Wire the basement

I had a 9:00am appointment with Compton Electric, and at 10:00am I had to call to find out why no one had arrived or called me. I was told that his truck was not working, it was raining and could not be worked on, and that he only knew my name and address, and could not locate my phone number. He said that he MIGHT be able to come out later in the day or next week. I told him that I was in the phone book. He apologized. I did not mention that he could have called information or looked at his phone's call history, and located my phone number as he had previously called me three days prior. I'm ok with the no show, and understand that vehicles break down, but he did not try hard enough to contact me.

Description of Work
not performed

I lost all power in both of my bathrooms and partial power in one bedroom. I tried to throw the breakers to restore electricity but it never came back on. I called Mr. Compton and he advised me to try to "restart" by pressing the button on the bathroom receptical. He said that might work and save me the cost of a service call. That didn't work and we set up an appointment. I was going to take off from work early to let him into my house but he told me he could come once I got home later in the afternoon. Most repairmen who I have dealt with in the past have told ME what time they could be there. I found this nice that he would work into my schedule. He was very professional I was completely satisified with the work. Will call Compton Electric again if the need arrises!

Service and communication was great. Mike was a trustworthy person who completed the jobs without supervision. He was professional, reasonable, and punctual. He had some good ideas for difficult problems. The end result was great. We will use Compton electric again.