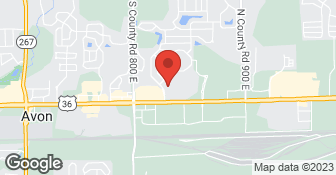 Located in Avon, Indiana, ROOFING by Roseboom Construction is a locally owned and operated company. While our reputation of 30+ years has been built from our roofing abilities, we also pride ourselves in all aspects of general contracting. We offer reasonable hours, please feel free to call us anytime for questions, emergencies, estimates or to set up an appointment. The issues that many of our customers have run into are directly correlated with lack of information. We will never withhold any information from a customer. We take pride in running a company built on character, integrity, honesty and purpose. There will never be a hidden fee, and we will always keep you involved in every process of our work for you. We offer free estimates and all work is licensed, bonded, insured and guaranteed. Nearly all of our work is completed in 1 to 2 days, weather permitting. We strive to ensure that your home is protected from the elements at all times. Our hope is that our work speaks for itself and that your business relationship with us is an easy and enjoyable one....

Bone Dry’s Indianapolis Masonry Division provides quality masonry services to residential and commercial buildings in Boone, Hamilton, and Marion Counties, as well as the surrounding areas. With over 100 years of combined experience, you can be sure that your masonry work is in good hands. Bone Dry Masonry has built its reputation on quality customer service and excellence. We pride ourselves in developing long-lasting relationships with our customers by listening to their needs and determining the best solution for the individual customer and job. Cost is determined by the job. No travel charges. Award winning.  …

Indy Exterior Clean offers professional Power Wash & Soft Wash cleaning services. We clean most exterior surfaces such as roofs, siding, concrete, decks/fencing and more. We believe our customers deserve the best, so we work hard to provide solutions with comprehensive benefits from start to finish. I am a licensed contractor. A few core values guide our work: Getting to Know You, Communication, Detail Oriented, & We Really Care!  …

They did an excellent job. They were professional and Andy was really good to work with. I would definitely hire them again and I would recommend them.

Description of Work
They replaced a roof in October of 2017 and put in two new skylights as well.

We really like them and they went above and beyond. They did great job on the roof and they installed some sky lights for us.

They are awesome. Somebody else told me that I needed to replace my roof, but these guys were just able to repair and that saved me a lot of money. I was just really impressed. They are very personable people. I felt like they are very honest and that’s really important to me. They just cleaned up after themselves and they didn’t leave any kind of mess. I couldn’t even tell they’d been there except that my roof looks better. So those were the things that were really important to me, that a company cleans up after itself and does something else that needed to be done and does not charge me any extra. I would absolutely use them again in the future if I needed to.

Description of Work
I used Roseboom for repairing my roof.

Everything went well. Roseboom did a nice job of cleaning up at the end of each day. We have had no problems since.

They quality of the roof was fantastic. The job was done fast and the crew was very personable and professional .There was not a nail or shingle left on my property. You could not even tell they were here. Everything was completed in one day, including the delivery, actual job and clean up.

Description of Work
They did a complete reroof.

They installed the roof and cleaned up everything in just one day, and even managed to block out the squirrels that had moved into the attic after the storm! I highly recommend Roseboom if you are in need of a new roof.

Description of Work
We contacted a few roofers to repair our hail damage, and we decided to go with Roseboom. Our contact with Roseboom was Jake Roseboom, and he was great to work with. He was always available to answer any questions we had, and he was on sight the day of the installation. The workers and their workmanship were excellent.

We had an overall pretty good experience with them. They did the work quickly and efficiently. They cleaned up after themselves everyday, and everything was neat and tidy. All the work was good.

Description of Work
Roseboom Construction contracted out for siding, we had a lot of hail damage last summer, and did roofing for us. We are happy with their work.

There was a hail storm that caused damage to the roof and gutters. The insurance company sent an appraiser out to do an estimate. I had selected Roseboom based on a friend's referral and the parent company's Angie's list rating. Jake Roseboom, came out to review the estimate with me and scheduled the work. His crew came out to do the work and Jake was here with them to make sure the work was completed properly and he even did some of the work himself. Jake found some things that the appraiser for the insurance company had missed and also they had listed the incorrect size of the gutters. Jake worked with the insurance company to get these items corrected and I never had to get involved in the process. Jake also found some intertior damage and submitted these items to the insurance company for me. The quality of work was excellent! The cleanup was exceptional and I have been very pleased that Jake followed up several times to make sure that I was satisfied with the work. I would recommend Jake Roseboom of Roseboom Roofing to everyone.

Description of Work
Due to hail damage, the roof and all of the gutters were replaced.

It has been stressful. Many little items that were mentioned initially, were responded toby "no problem,we can take care of that" When the work was going on, when I would bring up these "little dtails" it was said that if it is not written down in the contract, we can't do that. We were charged for some of these that we were led to believe would be taken care of when doing all the other repairs. I would not have them back for any repairs, and I would warn my friends about doing business with them. I do not personally feel that they can be trusted.

Description of Work
Roseboom was contacted to do repairs to our home and barn due to hail damage in Aug, 2012. They were slow at getting started on the repairs. They stopped working on our home in October, 2012. No work was completed until February by another contractor who replaced the roof on our polebarn The house has still not been completed to this date. Roseboom contacted our insurance many times to get more funds for the repairs. Initially they agreed to work within the estimate given by the insurance company. While they have not done any additional work, they continue to ask for more money. Some of the work that was done, has caused other damage to our home which will now be difficult to repair.

With all due respect and the mentality of “the customer is always right”, this problem begins with a lack of knowledge and understanding on what it takes to get the work done properly on this project, on the part of the original adjuster that estimated this project. Of course, it is not expected for a homeowner to understand these things, which is why they hire the experts. There were several projects on this home that were severely underestimated by the homeowner’s insurance company to begin with, at a very busy time of the year for all contractors in our area, as well as a very busy time for the insurance company, as there was a major hail storm. We diligently pursued, in the best interest of the project as well as the property owner, to get this proven to the insurance company so that we could take care of the homeowner properly and do our work to meet the minimum standards that are to be met, much less to go the extra mile that we as a company always go for our customers. The insurance company improperly estimated the cost of the repairs on this, so in order to do our job correctly we had to supplement in order to make sure everything was installed properly, and to the same standard of what existed on the home. We could not do the work until we knew that it would be paid accordingly, and the insurance company demands that all supplements be settled before the work is completed. If we had done the work before this was proven to the insurance company, they would not have paid for the items that they missed, yet we would still have had to do it to standard and then we as a company or the homeowner themselves would have been out of pocket for the work that needed to be done. The insurance company added more than $11,000 to the claim when we proved to them that they missed several items on their original estimate. In addition, several things were damaged that were not discovered until the work began, such as rotted decking. It is unfortunate that this was so frustrating to (deleted member name), but we take pride in what we do as a company and for our customers, and do not think a fair assessment is being made here. If we had done the work within the original estimate, we would be severely out of pocket, or the home would not have the same quality of materials. As far as any work that Roseboom Construction has done that would cause damage to the home, it has not been made aware to us what it is, but we are more than happy to fix whatever problem that arrives, as we guarantee our workmanship to the highest quality and standards. We do have to protect ourselves, in only doing the work that is on our contract. If the “little details” that were mentioned here were a part of the work that we were hired to do, we absolutely would take care of that. But the contract is to protect us, as well as the homeowner. We guarantee our work, and warranty it according to the contract. Roseboom Construction
5.0

I choose to use Roseboom Construction based on the referral of a friend and the report on Angie's list. I dealt with one of the sons. Jake, and found him to always be very courteous and responsive to my many questions. He has worked with me and with the insurance company and the adjuster regarding additional items that were found during the roof replacement. The quality of the materials and the workmanship seem to be very good.

Description of Work
Replace roof and gutters due to hail storm damage.