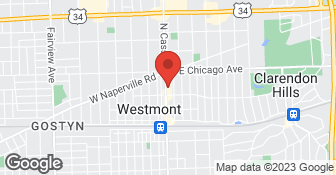 "Dilworth Windows & Doors Inc. is your trusted window and door replacement company serving the Chicagoland Suburbs. We have offered dependable, caring service, innovative products, and quality installation for homeowners in Naperville, Darien, Downers Grove, Lisle and surrounding areas for over 25 years. Our top priority is caring for our customers, and we show this throughout every step of a home improvement project. From initial contact you will see why thousands of homeowners have trusted the Dilworth team for their window or door needs. We offer industry expertise, honest and personalized guidance on your project needs, and thorough service that extends well beyond the installation of your new window and door products. With an owner who is a true perfectionist, our team is highly trained to provide nothing but the absolute best when it comes to product quality, beauty, function, and value. Our precise techniques and high standards have allowed us to partner with manufacturers who provide quality windows and doors at the best value possible. We carry Restorations Windows by Sunrise. The Restorations window line combines beauty, efficiency, customization, smooth operation, and durability to last a lifetime. In addition, we also offer quality windows from brands Marvin, Andersen, Pella and ProVia. Our installers are employees of Dilworth Windows & Doors Inc. They are not sub-contractors. This means our installers are highly trained to carry out our company values of quality and caring for the customer first and foremost. We will always show the upmost care and respect for your home. Our care will show in every interaction you have with our team members, and we strive to go above and beyond all customer expectations with each window or door project....

Excellent service. From quote to door selection to installation, everything was handled with care and professionalism. Very impressed with this company. We are absolutely thrilled with our new Provia door! Many thanks to Jason Bye who helped us every step of the way.

Excellent. From them coming on site for estimate to visiting their showroom to the install. Everything went as described. I think they might have been a bit more expensive for the quality of windows than other bids but their approach was phenomenal. We talked to 4 different window companies, did a lot of research on the internet, and actually went to neighbor's houses who had them done to make our decision. We are 200% satisfied and highly recommend.

Description of Work
Replaced windows in our 2-story Georgian, back door and vaulted arched window above front door.

I was very impressed by this company. The installation actually had some problems, and I emailed the company to ask for them to be fixed. The owner himself called me back and then came to my house and fixed all of the issues that had arisen from the first installers. He was extremely responsive and took a personal interest in making sure his company's reputation remained intact. The final work was very good and I am pleased with the product and installation.

They sell quality products as well as have knowledgeable people to help you start your job. We have had zero problems with them from the beginning to end. They provide what they promise and I would use them again in the future.

Jerry was great to work with. We knew we wanted Restoration windows and had been talking with another local dealer about them. Meeting with Jerry was like night and day compared to the other company. He didn't just come in and take measurements. He walked through every room in the house, asked us about any challenges we had with the windows in that room and suggested improvements. We wanted to maintain the character of our house with double hungs, but wanted the ease of casement in some of the rooms where double hungs were unmanageable. He gave us the solution of adding a mid-rail piece to the casements so they appear to be double hungs but have the functionality of casements. We had a few windows that were challenging and he came up with a solution for each one (and actually drew pictures of them so we could visualize what they would look like). His price came in fair and reasonable and he was willing to work with our budget. Needless to say I never called that other dealer back (and they never called me either so I guess they didn't want my business too much.) The windows only took a few weeks to come in. The install was easy and efficient. The installers were very professional and they cleaned up after themselves every day. They were down an installer, so it took an extra day or two, but we were not in a rush and were happy they took their time and did it right. The challenging windows I mentioned turned out wonderfully, they look like they've always been there. In fact none of the windows look like replacement windows or have that "plastic" look that a lot of vinyl windows have. They look very much like the high-end fiberglass windows that we were quoted 2 times the price for. The outside capping work looks flawless as well. There were a few minor imperfections with the windows themselves (one was scratched, one was missing the mid-rail piece and one had a crack on a trim piece...very minor issues). In each case, THEY pointed out the flaw to ME and explained what would be done to fix it. They ordered the replacements and came back out and replaced them (they replaced the entire sash on the scratched one and the one missing the mid-rail and put in a whole new trim piece to replace the cracked one.) Communication with Jerry and his office team was seamless. The entire process was just easy and very professional. Jerry knows his stuff and is a pleasure to work with. I highly recommend Dilworth windows and doors. Should we need doors down the road they'll definitely get my call.

Description of Work
Dilworth replaced all the windows in our house with Sunrise Restorations windows. 24 openings total. Several of the windows were unusual and needed customization.

The scheduling was difficult because we were having the house resided. Dillworth coordinated with the siding company to make sure that the window was installed before the siding was started.

Description of Work
Dillworth replaced an old picture window in our living room.

They left area spotless. They did all five windows in one day. I was impreesed with the speed and skill.

Description of Work
I got a few windows replaced.

they completed the work on time and were very professional, we are completely satisfied with both the product and the installation

Excellent. I would just like to recommend Dilworth Windows and Doors if you are in the market for high quality replacement windows or a Provia door. We have used them multiple times to get all the windows in our house done as well as our patio door and front entrydoor. They were great people and the install was great. Most importantly they absolutely blew ALL competition out of that water when it came to prices. We saved THOUSANDS of dollars for our windows and Provia door over multiple other high profile competitors that were quoting other lower quality doors. It was a great experience and very satisfying to save thousands for a better product by shopping around. Give this place a call if you are in the market for doors and windows. You will be impressed.

Naperville Windows & Doors Company was founded with a single purpose - to provide the homeowners of Naperville, Aurora, Wheaton, Hinsdale, Downers Grove and other western suburbs of Chicago with a better choice in a replacement window & door company. To do this, we knew that we had to offer better quality windows at great prices, and back them with a higher level of service and the most professional installation. Additional Email - napervillewindows@gmail.com  …

For top-of-the-line materials installed by experienced local professionals, choose Buzz Home Pros. We are certified Andersen window installers also installing vinyl windows as well. Also Buzz is an Elite preferred remodeler of James Hardie siding products. We only use in home installers. We were built on a foundation of professionalism, attention to detail and quality services. Our goal is to help you transform your home with quality materials that last the test of time. Specializing in windows, siding, and roofing, we pride ourselves on working directly with the homeowner, so we can target services and achieve 100 percent satisfaction. Learn more about us by calling now for a free estimate! Buzzhomepros.com  …

Dilworth Windows & Doors Inc is currently rated 4.9 overall out of 5.