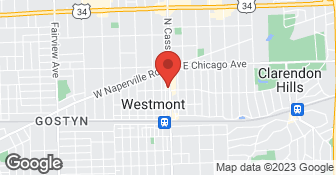 Arco Plumbing is a contractor that has been proudly serving DuPage County, IL, as well as the surrounding communities since 1978. We care about our customers so we never hesitate to answer your questions about plumbing or heating. In the case where you can’t do it yourself, you want to have a plumber with experience and the best tools to fix your problems quickly and at a low cost. That’s where the contractors of Arco Plumbing come in. Whether you're facing backed up pipes, clogged drains or leaks, no problem is too big, small or dirty for Arco! We'll be at your home fast to fix all your plumbing problems. We get the job done right the first time! We specialize in doing the jobs you don't want to do yourself. That’s why we're one of area's most trusted plumbing services. We offer complete services, including: - Backflow testing - Sewer cleaning - Faucet and pipe installation - Water heater sales and service - Toilet installation - Leak repairs - Clogging solutions Arco uses state-of-the-art products to get the job done quickly and correctly. We will work with your schedule, so call us and let us know how soon you need the work completed. Arco also offers emergency services for issues of health and importance. We install faucets and toilets and we also inspect and install piping. For home improvements, Arco helps you get the right water pressure or water softener. We're certified specialists of RPZ and backflow prevention as well. Call Arco Plumbing today to learn more about our business or get your free estimate!...

My kitchen sink was clogged. I called Arco and they were responsive and helpful from the start. They showed up on time, rodded the drain pipe, and charged what they estimated over the phone.

See above for complete description.

Description of Work
I thought I needed a new water heater, but Petr diagnosed the problem over the phone. It was a stuck pump, and he walked me through a simple procedure to unstick it. I really appreciated his willingness to help me out and his professionalism. Arco will be my ",go to" plumber from now on.

We decided we did not need the work to be done. He was very professional and even covered his shoes before coming into my house. They showed up within the time frame they told me. He answered all my questions and was very knowledgeable.

Description of Work
I had them out to give me an estimate on how much it would cost to install a pump, re do piping, and re do a cover.

I have used them many times.

Description of Work
For plumbing I use Arco in Westmont, Illinois. The last time they were here they fixed a shower that had no pressure.

John arrived on time for the appointment and after looking at our attic space for mold and quantity of insulation, he told us that we had an adequate amount and did not to add any more. We offered to pay for his visit and assessment, but he said that service was free and would not take any compensation. He went on to tell us how to close up all leaks of energy that we get around kitchen pipes, electrical outlets, etc. This is was most pleasant experience.

Description of Work
We met John (owner) at a home show in Arlington Heights, Illinois. We spoke to him and indicated that we didn't know if we had enough insulation in our attic. He said he would be happy to set up an appointment and come and check out our house.

My ejector pump failed on a Saturday morning. Called Arco and Peter gave me a couple of things to try to see if I could get the pump restarted. Those ideas didn't work so he said a plumber could be at my house Monday morning. Work was done very professionally and in a timely manner. I would definitely recommend Arco for any plumbing work.

As usual, thorough and checked out the entire line - and said nothing needed to be replaced. Very professional and timely - few years ago, fixed a line broken by house settling - terrific work and left site very clean after job was done.

Arco was on time and got the job done very reasonably. Patrik was professional and explained everything. We were very happy with the work and will call them again. My neighbor referred me to them.

Description of Work
Arco fixed a burst pipe in our garage which was for an outside faucet. Also went down into basement and replaced valve and drain valve so if we had any problems in the future (since garage is not insulated and gets very cold), we could drain the pipe before the cold set in so this would not happen again.

Very good and punctual, they had a good understanding of what they are doing, always made sure that we were satisfied before they left.

Description of Work
Adjusted our toilets

Repeated attempts were made (by myself and with the expertise of ARCO) but the toilet resumed "running" no matter what was done to correct the problem. (I did get on the internet and started reading the reviews of the efficient toilet I had installed and it seems there were many disgruntled owners of this same model with the same "running" problem. This particular problem lies in the design. I'm sorry I did not do my homework prior to my initial upgrade.) Working with the ever responsive ARCO, Jason suggested some manufacturers and said they would wait for my decision. Once I reviewed the manufacturers and made my decision, I contacted Jason and gave him the description of what toilet I had chosen. He placed the order after reviewing the details with me so that it was correct. I think it was only a couple of days when he called to say the toilet was here and when did I want to arrange installation. Once that was settled, Jason promptly arrived as scheduled, hauled out the old toilet, installed a flange extension since the cast iron flange was broken in the slab, and installed the new - finished the base with a clear seal - mission accomplished. Well done! I was glad they handled the purchase of the new toilet and even happier they removed the old one (it did not have to sit on the curb waiting for garbage day). The whole job went smoothly and quickly. Thanks, Jason & ARCO!

We are family owned and veteran owned (USMC). We provide professional basement waterproofing solutions that work within a family’s budget. We guarantee a positive experience in your moment of need. From the moment you contact us, you are treated as one of the family. We show up for our appointments on time, create a solution customized for your needs, and complete your project in a professional and timely manner. Our waterproofing solutions allow you to choose what you are most comfortable with, whether you are in need of a repair or interested in doing preventative maintenance.  …

***As a recognized Essential Services Business, WE ARE OPEN to assist you with your water heater and plumbing needs!*** DRF is Chicagoland's leading installer of tankless and conventional hot water heaters. We are also specialists in tankless water heaters. DRF Water Heating Solutions is licensed in plumbing, RPZ/Backflow prevention and irrigation/sprinkler systems. DRF is a utility company trade ally that provides energy efficiency assessments and improvements to residential, commercial and multi-familty properties with guaranteed financial and energy savings. 2009 national Home Depot Service Provider of the Year. 2010 recipient of the the Business Ledger’s Annual Awards for Business Excellence. Better Business Bureau A+ rating. 2011 and 2012 Home Depot Store Choice Mechanical Service Provider of the Year. Recognized by Nicor Gas Energy Efficiency Program and Energy Solutions Center for custom energy-saving design-build solutions. IDPH plumbing license # 055-028138. Call by 2 p.m. weekdays or noon on Saturdays and have your service performed the same day. 24-hour emergency service.  …

Honest, Reliable, Quality Plumbing work. We are a full service, family owned company that provides the community with plumbers they can trust. We do all plumbing and sewer work from rodding and water heaters to sewer/ drainage repairs.  …

Bonded
Insured
All statements concerning insurance, licenses, and bonds are informational only, and are self-reported. Since insurance, licenses and bonds can expire and can be cancelled, homeowners should always check such information for themselves.To find more licensing information for your state, visit our Find Licensing Requirements page.
General Information
Free Estimates
Ask for Details
Eco-Friendly Accreditations
No
Payment Options
Check, Visa, MasterCard, Discover
Warranties
Ask for details

How is Arco Plumbing overall rated?

Arco Plumbing is currently rated 4.9 overall out of 5.

What days are Arco Plumbing open?

No, Arco Plumbing does not offer eco-friendly accreditations.

Are warranties offered by Arco Plumbing?

No, Arco Plumbing does not offer warranties.

What services does Arco Plumbing offer?

Are there any services Arco Plumbing does not offer?