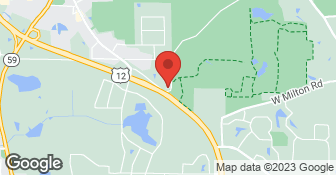 I initially called Peter Snelten & Sons out several years ago due to a leaky air valve that is used to put air in my well water tank Since then I have used them s for my annual maintenance on my well water tank for several years. They are great to work with and take the time to answer my questions and even showed me how to chlorinate my well. Whenever I need maintenance on my well system in the future Peter Snelten & Sons will be the company I call.

They responded my request to check on a problem that I have with the well water system quickly. The crew came and replaced the water tank for the well system quickly. The crew were courteous and did good job. The reason why I did not give A rating is that the replaced tank was not placed at the same place where the old one was. There was a desk closer to the tank which they asked me if it is OK to move it to give more space for the new tank. I said yes. But, I think they realized that it required moving some stuff around it to move so they decided to change location of the tank. They could have told me to move the desk, but I was not asked to do so. I can live with the new location of the tank, but it was a bit annoying.

Everything went smoothly. No complaints. Seemed expensive but this was my first experience with well chlorination and I don't know if the price was competitive or not.

Problem was quickly diagnosed and repaired.

Description of Work
Well pump stopped working. A part on the holding tank needed to be replaced.

Everything went smoothly and professional. Highly recommend. Thanks again to Ryan and Ryan's team

Description of Work
Guys are doing great job, comes from 40 miles away with all equipment and did fast service to our house.

Much to my surprise, they organized the job for that very day and did all the work- a whole day's work- the same day they came out for a much smaller job. They had all materials with them and got another tank for me delivered within an hour. Unbelievably good job and service. I could recommend them more hihly. Ryan and Adam were fantastic and super friendly, with me watching and asking questions along the way. Very professional and knowledgable with everything I asked. Also helped me with excellent recommendation for another service which I called and lined up immediately with similarly great results. I honestlygive them 5 stars. Only thing to note is that the office lady isnt the best but you need to push past her. I spoke to Peter himself on 2 ocassions and he was great. Just ignore the old-fashioned sourish lady on the phone. She does not reflect the great service andwork you will recieve on the job. Very higlly recommend. Also, cost was lower than estimated and well within average range.

Description of Work
Called for repair or new storage tanks for water. Long Q and A with great and unpressured info resulted in purchase of 2 new tanks to replaceand then new well pump. NO PRESSURE at all but clear and honest info to help me see the logic I found on my own. Very clear explanations for anyone to understand by great guy, Ryan. I needed more than I expected but it was very clear and understandable.

Spoke with a gentleman & explained my situation: water pressure suddenly decreased to the point where my upstairs shower wouldn't work (and toilet barely worked- oof!), yet every time I opened a faucet, it would bubble & spit a bunch of air. Peter gave me some suggestions to try, before charging me with a service call and it worked like a charm. This may not have seemed like a complicated matter, but being sick of having to work with a trickle of water from the faucet and getting great advice from the local experts, really made me believe I called the right people. Many thanks, Peter Snelten & Sons. Any referrals I can offer will be immediately directed in your direction. Cheers!

Description of Work
Asked for any advice to get my water pressure back up, after it suddenly decreased, in Jan-Feb.

They are very good and reliable. They have reasonable prices. They are prompt. I have used them numerous times. They take the time to give me the extra information and knowledge which I appreciate.

Description of Work
They come out and work on my well.

Snelton & Sons came highly recommended and for good reason! Our water has been sketchy for the past couple of weeks - sometimes not working at all, sometimes with pockets of air. Then the water completely stopped working! Agh!! They were short of employees this week but really went out of their way to get this job done for us so that we have running water! Throughout the entire process Snelton & Sons have been professional, knowledgeable and provided excellent service. We are very grateful for the great job they did. Our water is running with no problems and the pressure is finally at a normal level. Thank you so much!

Four days after moving into our new house, the well pump went out on a Saturday afternoon. After searching online for well pump contractors all day Sunday, we contacted several firms online, left messages on their voicemails and emailed them, hoping to hear back first thing Monday morning, so we can get the repair scheduled. None of the firms returned our messages or online contact attempts. I called Peter Snelten first thing Monday morning, based on a positive review they had on Angies List. It was exactly like one of the other reviewers described it, the older gentleman on the phone listened and was able to diagnose the problem over the phone. He quoted me $1,500 to replace the well pump based on the specifications I gave him. I asked him if I could upgrade to a larger pump, and he told me that he would be able to better evaluate that based on the well depth and the water level once they pull the pump. We got on their schedule that same morning and the crew showed up at 9:00 o'clock that same morning. Once the pump was pulled, they called me at work to tell me what they found, and advised against a larger pump. Once the work was complete they called me to tell me that they had to replace an additional check valve, but they would cover it under the original quote. The field guy also told me that I should upgrade to a larger tank, which he said I could probably do myself, or they could offer me a quote for it. I was extremely happy with their service and would highly recommend them to anyone.

Ex-Stink Plumbing and Sewer is owned & operated by Harold Van Crey and family. We are a full plumbing and sewer repair service company that is licensed, bonded, and insured. We are fully committed to offering our customers honest, reliable, quality service, twenty-four hours a day, seven days a week. Through dedication to our customers and our commitment to quality, we feel that we can offer you the best service in the industry. Free Estimates - Licensed, Bonded & Insured - Better Business Bureau Member A+ Rating - Owner operated. Award winning. DBA HVC Plumbing.  …

Basement Flood Protector provides basement waterproofing services as well as the best in sump pump and basement flood prevention products. We manufacture and carry the most advanced sump pump and battery backup systems available on the market. For more than 45 years we have served the Chicagoland area with the highest quality service and attention only a smaller company can provide. As a leader in basement waterproofing and seepage prevention services, we treat every basement as if it were our own property – ensuring the highest standards in planning and solutions. Call us today and ask our experts to put together a customized basement waterproofing package that’s specific to YOUR property.  …

Intelligent Service has spent the last 40+ years building and maintaining a reputation as the premier licensed home mechanical services company in the Northwest Suburbs and Chicagoland area. Our 24/7 one-stop shop offers services in Plumbing, Heating, Cooling and Drain Cleaning. We are committed to providing professional expertise, enthusiastic service and most importantly lasting solutions! As a family business, we certainly understand your home is your greatest investment and Intelligent honors this belief in numerous ways. Whether our technicians are rolling out the red carpet upon entering your household or calling ahead to confirm arrival time, we pride ourselves on the commitment to providing the customer with a WOW service.  …

Bonded
Insured
All statements concerning insurance, licenses, and bonds are informational only, and are self-reported. Since insurance, licenses and bonds can expire and can be cancelled, homeowners should always check such information for themselves.To find more licensing information for your state, visit our Find Licensing Requirements page.
General Information
Free Estimates
No
Eco-Friendly Accreditations
No
Payment Options
Check, Visa, MasterCard, Financing Available
Senior Discount
No
Warranties
Ask for details

PETER SNELTEN & SONS INC is currently rated 4.6 overall out of 5.

No, PETER SNELTEN & SONS INC does not offer eco-friendly accreditations.

No, PETER SNELTEN & SONS INC does not offer a senior discount.

No, PETER SNELTEN & SONS INC does not offer warranties.

Are there any services PETER SNELTEN & SONS INC does not offer?