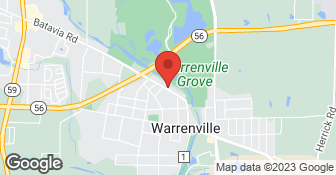 We are a family owned business & provide exceptional service for all of your pool service needs. Social Media site: Facebook: https://www.facebook.com/AqualinePoolsandSpas...

Accurate Safety Solutions-Accurate Radon (established in 1994) is passionate about keeping our clients families safe by keeping the radon exposure over the short and long term as low as possible. We achieve the lowest documented post mitigation radon levels in the industry (with 82% of our clients homes measuring at 1.0 pCil or less). We guarantee 100% satisfaction, help retest the property to ensure the system works properly, and then monitor it to ensure it continues to work at 100% capacity. We want you to know your family is as safe as possible! Licensed, Bonded, Insured, Eco-friendly and Offering Free Estimates.  …

FOR FASTER SERVICE PLEASE CALL. Need a plumber in a pinch? If you need plumbing professionals anytime day or night, we’re the perfect choice. At Advantage Plumbing, we have all the necessary resources and experience to complete any plumbing repair, both residential and commercial, in a prompt, professional manner. Our service technician will supply you with as many plumbing repair OPTIONS as possible so you can choose what plumbing solutions best fit your family’s needs. We will always provide flat fee pricing before any work begins. We make the best possible repairs using high quality products. Many contractors opt to make quick fixes that do not last with cheap products. Our top quality repairs enable us to stand behind our work with warranties. You will find that our warranties are as good, if not better, than others in the industry. Should a defect arise, we work directly with the manufacturers, so you don’t have to. Your peace of mind is our top priority. Call Advantage today if you need a plumber immediately. 847-750-5378 As always, all plumbing repair jobs are given the same amount of attention regardless of size.  …

Lifeline Plumbing, Heating and Cooling is now offering ZERO HUMAN CONTACT SERVICE CALLS in order to keep our clients and employees safe and healthy! Lifeline is the winner of the Super Service Award each year since 2011, when we started our profile on Angies List. If you are looking for professional Plumbing, Air Conditioning, Heating or any type of HVAC services in the greater Chicago-land, area make the call to Lifeline Plumbing, Heating and Cooling! We put our customers first with everything we do. That is why we offer a comprehensive satisfaction guarantee on all the work we do, and on all the products we install. If you would like to speak with one of our experts and get scheduled for service, call us at (847) 468-0069.  …

This company and it's owner, Damian, are absolutely deplorable and should not be allowed to do business in the state of Illinois or anywhere else for that matter. Damian is a scam artist looking to take the money of new clients and run, beware before even contacting them. Unfortunately I found them on Angie's list and after interviewing several companies I found Damian very likeable and thought he was trustworthy and hired AquaLine to do the work we needed done. He was very responsive at first and had us all convinced we had made the right choice. He came out to deliver the pool cover we paid for and at that time he required that we pay for the liner that needed to be ordered and half of the labor up front, which we did. Worst mistake ever as that was the last time we ever saw him. He assured us the work would be done by Memorial Day but always came up with an excuse for why he couldn't show up and his responses became fewer and farther between. The summer is now over and we still have an unusable pool that Aqualine has done no work on, despite constant assurances from Damian and his wife Michelle. They are scam artists and despicable people and we now have to take them to court to try to retrieve the money that we have lost. DO NOT CONTACT THEM OR YOU WILL BE SORRY.

Description of Work
We hired AquaLine to replace the liner of our in ground pool and make the necessary repairs to get it up and running for the season and it was the worst mistake of our life.

Opened my pool, made me believe that my pool had a leak due to water loss and I payed them to replace my liner. Come to find out that water loss is normal from time of closing the pool opening. And, the liner was just replaced a year before. Unnecessary spending. And that was just th beginning.

Description of Work
Put a big "fool" on my forehead. I was a first time pool owner and trusted this company to help me. I got lured in by their lower prices for their services. They do a good job with "bait and switch", that's if they show up for the job. Pay another company, may cost you more, but atleast you'll properly get serviced.

See above never did the job have to get another installer.

Description of Work
Did a above ground pool liner repaircontinued to leak said needed new liner gave us a contract and wanted money down for new liner, materials and part labor price was for cash payment. Date was set, no show no answering calls, then finally rescheduled to do work again no showing up no calls, over a month trying to get the job done wanted deposit back kept getting nowhere, we chased him down got a partial refund which we were happy after reading all the people he has ripoff on the better business site. He should be thrown in jail beware of this guy.

There work was not satisfactory. It was a mess. Them I would not use again.

Description of Work
They sold me a filter for an above ground pool.

When we first talked to the guy from AquaLine Pools & Spas, he sounded like he knew what he was doing. He was really easy to talk to on the phone. He was totally helpful and understanding until we ran into problems. Then he just started dodging the bullet everytime we talk to him which is not really accommodating at all. He's not just a reputable person to deal with. We started talking to him end of March about getting the pool removed but we weren't that concerned about it. But when it got to May, when we still weren't getting our pools or even seeing the pool parts, it was getting to be quite frustrating. Once we made our decision to go with this company, he quoted us a price of $350 to have the pool removed and $1,000 to have it installed here at our home. We agreed to that. He asked me specifically if the pool was dug in and I said no because it's an oval above-ground pool. These type of pools have side support so they have to be dug in a little bit in order to support the pool, but not that much. We even have a picture to prove it. He hired somebody who took the pool down. When they brought the pool here, they told us that they couldn't bring the support 'cause they still have to dig the supports out. The day they said they'll bring the supports, we never heard from them at all. They finally did bring them about 10 days later. Another thing, when they disassembled the pool, they didn't bring the liner and he never mentioned anything about it before that. He told us to buy a new liner because once they put the pool in, it has to have a new liner or they don't guarantee their work. We then waited weeks for them to call us about getting the pool installed. We had somebody from another company come out and dig out the pool for us, they did everything they were supposed to do. It cost us $400 to have our backyard dug out and leveled out for the pool. It took them weeks before they came back again. He sent out some guys in the dark to see what kind of pool it was to make sure they knew how to put the pool together. It was just so frustrating because we're hoping to have a get together at our house and we're not able to do that because there's a big hole in our yard. They came back the next day, with 6 guys spreading sand around and they told us that they can't put the pool in because we have pieces that are missing and broken. The guy who brought it here was supposed to bring it here in good condition and he didn't. That's where we're at right now. We tried to contact the owner of the company and he tried to make it sound like it was our fault this all happened. He's just totally avoiding getting out pool put in and we don't even know why. So all the pieces are in the backyard, some are still missing and broken. He has $675, which is half of the total cost for their work. Right now, we're just in the process. We contacted out attorney and trying to get something set up with that because we feel that he should be responsible for the installation of the pool. We wouldn't recommend them to anyone.

Description of Work
We were looking for companies that could remove a pool from one location and move it to our home. There was one place that recommended AquaLine Pools & Spas to do that.