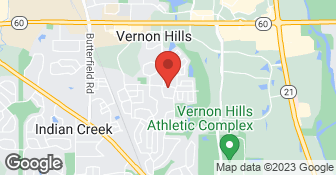 With over 35 years of experience in masonry, chimney repair, chimney sweep, tuckpointing, complete concrete, caulking, glass block, and so much more, we provide expert craftsmanship for the domestic and commercial market. Do you need tuckpointing or renovations? Look no further! MIKWAY is the place for building your dreams into a reality. Our customer service is unmatchable as well as our work ethics. About Us Assurance When a company has been around for over 30 years the experience is impeccable and the customer service is professional. Our customer service is unmatchable as well as our work ethics. We use the best materials for your project while still keeping it affordable for all customers. Mikway can provide you with an estimate regarding the materials which will be used as well as the plan for construction. Our materials can be made custom and are always grade A. Your satisfaction is our number one goal when completing a job. Mikway holds the highest expectations in masonry and we deliver every time....

Wayne came out to inspect whether my chimney was leaking, and he did a thorough assessment of that siutuation. When it was determined that water was coming in from some bad caulking, I eventually decided to go with Mikway. I'm satisfied with the work (no leaks so far), and Wayne was very friendly and professional.

We hired them to fix a brick wall and downspout to prepare our home for sale, while looking at that he looked around the home and suggested other areas that needed attention. Since we were selling, a home inspector would likely comment on the areas that would need to be fixed. We saved time (and likely money) getting it all done ahead of time. He kept price and quality in mind and would definitely would use again and refer to others for the quality work.

I am securing quotes and Mikway got back to me within 1 hour of my reaching out to them. I've not yet made a decision, but I wanted to compliment Mikway on their responsiveness.

The projects went well. I never had a problem with them.

Description of Work
They brick layed a wall and worked on a couple of other project that I was running.

Wayne was knowledgeable, courteous and thorough. He also kindly accommodated my schedule. He did an outstanding job. I highly recommend him for this and similar work.

Description of Work
Our basement egress window had multiple cracks and needed to be replaced. However, the window was 50+ years old, nonstandard size and required masonry for the custom job. He came recommended by Well Experts and US Waterproofing who also uses him.

This was planned for early May but delayed to the end due to weather. Everything seemed to be going according to plan until a hairline crack appeared. The sod was never installed because Wayne could not find good sod in the area. This was 10 days after project was finished. Wayne came the next day to fil the crack and extend line in the patio. Unfortunately, the repair is very obvious in the otherwise beautiful patio. Considering the amount paid we expected a better outcome. The original estimate was $8860, Final cost was $12058. We had to pay to have the a/c disconnected and removed. Wayne offered to split the cost. Unfortunately, this was during our first hot spell. This was not included in the estimate. When I asked about the a/c unit, Wayne said that they would suspend the unit leaving us with a/c. Wayne originally offered a refund of $450, but several days later came over to tell us that he decided against doing this because he "worked hard" and "was proud of the job " he did. In addition, we told him to forget the sod.

Description of Work
Removed patio and two sets of stair/stoop. Replaced with new patio and two new stoops. One step down from patio to back yard. Two flower pots were constructed and sod was to laid.

Everything went well. The area was cleaned up everyday and they were mindful of not interrupting our daily routine. The workmanship was superior, they didn't miss a thing, any joint that needed cleaning out had all the loose mortar removed before re-pointing. After pointing, all the bricks were cleaned up and it looked great, really gave the house a nice face lift. I wouldn't hesitate to recommend Mikway, they have all the right equipment and know how to use it.

Description of Work
Wayne and his crew tuckpointed my all face brick bungalow and cleaned the masonry window sills and trim.

After completing the work, Wayne suggested that we should get a stainless steel chimney insert, which after some research and talking to other professionals, is pretty much a scam, and additionally would require undoing the work he had just done on the chimney. The bigger reason for the low grade, however, was because we also had him look at our front steps/porch and asked for a quote on repair or rebuild, since Wayne had previously rebuilt our neighbors, and she has pretty much the same house. Off the cuff, Wayne quoted $17,000. We delayed another year and then contacted a highly-rated mason on Angieslist, Hynek, and his quote came in less than half of that. Needless to say, that was much more in our budget and the work was done expertly and on time.

Description of Work
Tuckpointed the chimney and rebuilt the crown.

Wayne was very professional and we are happy with his work. Would recommend again

Description of Work
Repaired cracks in concrete on stairs

North Shore has practiced to provide high quality Brick repair and Window Installations for over 30 years. North Shore Brickwork and Windows craftsmanship is second to none with our superior team of experts. We administer restoration of exteriors from the effects of environmental factors this includes brick repair and window installations.  …

How is MIKWAY TUCKPOINTING AND BRICK WORK overall rated?

MIKWAY TUCKPOINTING AND BRICK WORK is currently rated 4.7 overall out of 5.

What days are MIKWAY TUCKPOINTING AND BRICK WORK open?

What payment options does MIKWAY TUCKPOINTING AND BRICK WORK provide

No, MIKWAY TUCKPOINTING AND BRICK WORK does not offer eco-friendly accreditations.

Does MIKWAY TUCKPOINTING AND BRICK WORK offer a senior discount?

Are warranties offered by MIKWAY TUCKPOINTING AND BRICK WORK?

What services does MIKWAY TUCKPOINTING AND BRICK WORK offer?