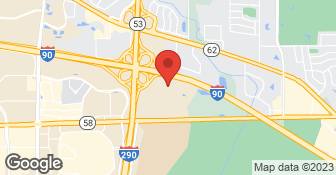 Established in 1982, J.C. Restoration, Inc. started with Jose Cruz, a handful of hardworking laborers, and no more than a garage full of equipment. Now owned and operated by Cruz's son, Warner, J.C. Restoration, Inc. is one of the most prominent property restoration services in Chicago. Whenever you're in need of emergency repair to any residential, commercial, or industrial facility, you can rely on us. Our 24/7 emergency teams are ready to respond to any disaster situation, day or night. From water extraction and structural dehumidification to debris removal and more, J.C. Restoration, Inc. is Chicagoland's go-to restoration service for any structural disaster. At any time of the day, we're ready to dispatch a fully prepared recovery team, who can quickly size up a loss, address the situation on-site, and call in reinforcements if necessary. Other emergency services we offer include rapid board-up, winterization, equipment restoration, structural cleaning and stabilization, and the installation of temporary fencing and roof covers, as well as heat and power generators. In addition to our restoration services, we also offer training on techniques utilized in the disaster restoration industry through our Educational Facility. We can deliver custom presentations to businesses interested in gaining a greater understanding of the restoration industry, such as insurance agencies, brokerage firms, contractors, and property management firms. As one of the leading disaster restoration teams in Chicagoland, J.C. Restoration, Inc. prides itself on the quality and immediacy of its work. Contact J.C. Restoration, Inc. today for property restoration service in Greater Chicago, Rolling Meadows, Naperville, Joliet, Evanston, Schaumburg, and the surrounding areas....

We had a plumbing problem that resulted in a flood in our basement. J.C. Restoration was referred to us by our insurance company. The work done was ok, it was the billing that caused problems. They billed us $500 for our deductible, which I paid (I have the cancelled check). They then continued to demand payment. When I didn't oblige, they attached a lien on our property. Now I need to spend my time resolving the issue, all due to their incompetence. Stay away from this company. I would not inflict them on anyone.

Description of Work
Clean up after a plumbing backup

Easily the worst contractor I've ever used. We had a couple of windows that needed replacement. One of them had actually fallen out and was boarded up. Because the windows were located four stories high, we had a very difficult time finding an installer that was willing to take the job. Our insurance company recommended JC Restoration. It ended up taking JC nearly SIX months from the time we signed our contract to complete the project. They took the job (and I was under the impression that they would be doing all of the work) and ended up subcontracting it out. They hired Home Depot to order and install the windows. So we ended up paying JC a hefty management fee to do something that we could have apparently done on our own...and far more efficiently I might add. The management of the project was completely inept. Delays, miscommunication, scheduling errors. After waiting more than a month for the windows to arrive, it turned out that they were the wrong size. That may have been Home Depot's fault, but the entire process was a complete debacle. JC actually scheduled all of the painting before the windows were installed. It then had to be completely redone after the windows were installed because of leaking, marks left by the installers, as well as the shoddy quality of work the first time around. This was a very simple project- I cannot imagine how something more complicated and extensive would have turned out. Honestly, we would have been better off handling everything on our own. It would have saved us a lot of time, hassle, and certainly money.

Estimator came within a week. Spent quite a bit of time going over the damage (it was relatively slight). Had the formal estimate 3 days later. After the insurance agreed - work was scheduled for mutually agreeable dates. They arrived when expected - though they worked one more day than expected. But excellent job overall.

Description of Work
Fixed a corner of my home following a car collision. The driver's insurance picked up the bill. Insurance picked JCR. I also called multiple contractors, only one was interested in bidding in a reasonable time - several were too busy to bother.

They were great, it was quick, and it looks great now that it is done!

Description of Work
They fixed some water damage from above in my bathroom.

Awful. The two projects took over 5-1/2 months. Some of the sub contractors hired by JC Restoration were completely incompetent. The tile around the bathtub and much of the stone baseboard had to be completely torn out and re done by another tile installer. Vanity countertop (which were a product called Onyx) was not ordered when we were told it would be. We actually called Lowes (who was selling them the product) to find out that the countertop had not been ordered. When it did come in the installers did not pay attention to new tile work by the bathtub, causing some of the tile to shift. Luckily the tile installer was in the next day and could fix it. Very poor communication from JC on what was going on. The kitchen seemed to start well and then went downhill from there. Part of the cabinetry was not measured correctly and had to be re-ordered, delaying the project about two weeks. When the cabinets were installed, the installers were incompetent. When cabinets are obviously not going onto the footprint of the original cabinets (you could see where the old cabinets were because of the cutouts on the old vinyl tile) you would think the installers would stop and call the contractor. Not these guys, they just put it all in. One drawer could not open because the oven door handle blocked it. Turns out some of the other cabinets had not been measured correctly, so again new cabinets had to be ordered, again delaying the project. Throughout the projects it was one excuse after another. The one good thing was the final project supervisor, Phil, who was very helpful and professional, he is the reason we stayed with them for the rest of the kitchen project. We used this company on the recommendation of our insurance company, not because we needed restoration due to water, mold, etc. The only compensation we receive for all the issues was that they painted the kitchen walls.

These guys are fantastic. In situations like this it is easy to get taken advantage of. Cory Ambrose was the best, he was honest and more interested in doing the right thing than making a quick buck. Next time the need arises, I'm calling Cory.

Description of Work
Pumped out water from a flood.

Brilliantly! They were timely, professional, absolutely accommodating and very clear in communication. They are one of the best providers I have had at my home. They were absolutely top notch from beginning to the end. They were conscientious of the family situation, I had a sick child and they were quiet coming in. They were more affordable than other providers. They were here instantly.

Description of Work
They did a full basement flood mitigation. They restored everything.

Great work. Excellent experience. Only issue was timeliness. The fellow who was to do the quote was 1 1/2 hours late and fhe guys who did hte work were missing in action for a few hours. Once these hurdles were handled it was smooth sailing.

Description of Work
They remediated a large wall area that had mold that had spread to a portion of the floor.

I had used JC Restoration to clean up the water damage and was very impressed with their professionalism and quality of work. Everyone I spoke with on the phone was very friendly and helpful. The folks onsight did a great job cleaning up the mess and leaving everything spotless when they were finished. I then scheduled for them to come to fix the actual ceiling. It was a 10x 10 hole that needed to be re-insulated, re-dry-walled, and have the can lights put back in. I then had them repaint the ceiling in the entire kitchen. The person assigned to my job was expecting a baby within the next week and with the exception of the first day on the job was completely uncommunicative with me. His preferred method of communication was texting me times and days that the workers would be in my home- I would at least expect a phone call. I completely understand that life events happen, but I would have appreciated someone else covering my job if he could not do it. On the final day of construction, there were huge shady streaks on my ceiling and it was evident that the painters only gave it one coat. I communicated this to the guy I was working with and he said he was sorry he had not had time to come supervise the job (all 5+ days there were working). He came to look at it and then informed me the job would have to be completely redone. There was a noticeable seam where the new drywall met the old- the drywall had to be re-installed and repainted. If the guy had actually come to supervise the work in the first place, this could have been completely avoided. After that I got a call on a week day morning as I was heading into work from the cleaning person they had scheduled to clean my home after the job. No one from JC called to confirm that the work was completed OR that they would have someone come out to clean my home. I would have appreciated someone having the courtesy to schedule that with me ahead of time. This whole month long experience was a huge headache. I found the job supervisor to be completely unprofessional- in fact he even admitted he "dropped the ball" on my job. I would not recommend using them again- I know I will not.

Description of Work
Fixed a water damaged ceiling in my condo's kitchen.

J C Restoration Inc is currently rated 4.2 overall out of 5.

No, J C Restoration Inc does not offer a senior discount.

Are there any services J C Restoration Inc does not offer?