With Angi since August 2001 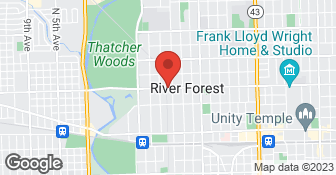 Get free estimates on all your landscaping and hardscaping work. We specialize in landscape design, installation, and maintenance as well as hardscaping, seasonal maintenance, and snow removal....

I used Green Art for about 10 years. Art Chavez retired last year. This year is proved almost impossible for them to find time to do the yard work. I got "The guys were too busy." a number of times. They missed the month of May. I hoped I helped reduce their "too busy" condition. I fired them. Now they should have some extra time.

It saddens me to write this review. Apparently The Green Art is no longer being managed by Arturo anymore. Arturo had to have been the best landscaper that I’ve ever hired! He worked for me for the last nine years without one single problem! He was always punctual, efficient, reasonably priced, and did a great job! There is a new owner named Hector who is a discombobulated mess. Hector explained to me that Arturo retired and he has taken over the business. He explained to me that if Arturo came out to my house for the last nine years and I was a loyal customer he would do me the same favor and keep coming to my house. I made that call back in late July to have The Green Art aerate my lawn for the week of September 11. I’ve done this for the last nine years due to my fall seating and fertilizing schedule. Arturo has always accommodated the date and always watched the weather to make sure that if it was going to rain on the date he would either come before or only a day or so after the date that I had scheduled. Needless to say September 11 came and went and not one word from Hector. I had to call his answering service repeatedly to get him to call me back. After a four days and four phone calls later he finally called me back on September 15 to explain to me that he was backed up because of the Labor Day weekend. At that point I was so frustrated I decided that a nine-year run was good enough and ended our relationship. If you do decide to go with this business, just be aware that they are not punctual and do not return your calls in a timely manner. This is no longer The Green Art, it is The Green Hector.

Green Art was fantastic, they did a great job at a very reasonable price.

Arturo was responsive and professional. He did all of the work we agreed to and made suggestions about how we/he could better care for our garden and lawn. I will definitely use The Green Art throughout the summer and fall.

Great! The knowledge and experience regarding trees, grass and other areas relative to the property is valuable and truly appreciated.

Art spent a good deal of time with me going over the best options and his guy who did the actual installation was great, doing a nice clean job. We agreed on 3' to 4' high plants as the best compromise on price, but all of the plants ended up being 5' to 6' high - a nice unexpected bonus!

Description of Work
Installation of 11 privet hedge plants to form a privacy fence.

Art is very courteous, professional, flexible. and easy to speak with. He came when he said he would and provided free estimates as advertised. We had discussed plans and agreed on a price. I will say to provide an idea of his flexibility--we originally agreed on a plan and price--my wife and changed our minds several times on several details, but Art worked with us, never once becoming frustrated with us and respecting our decision making process. As far as the quality of the work, overall it was fairly good, but details (or rather a lack of attention to them) became the source of some disappointment with the overall experience. The gravel, sod laying and seeding were all done exceptionally well--they included some protective fencing (i.e. crude chicken wire, but effective nevertheless at keeping our dogs out whilst the fledgling grass seed and sod took hold). The issues were with clean up of the peanut shells and removal of the tree (along with care for our property during removal of said tree). Admittedly, it may seem trite, but there was debris left at our basement door which sits under our patio that they had failed to clean up consisting of what equated to roughly two full dust pans' worth of peanut shells--this just struck me as lacking thoroughness as that was a simple detail they could and should have attended to given that that was one of the primary items of work in the agreed upon contract. Secondly the tree in question was suppose to removed, including the root system (i.e., not just to be sanded down--this was also agreed upon in our contract)--we wanted the root system out specifically as we intended to do our own landscaping in the front of her house as mentioned before. We became aware of this issue once we started and discovered just how much of the tree have been left behind and was interfering with our own work. I contacted Art on a Sunday, or rather left a message, and he contacted me first thing Monday morning. He said his crew would be out at an agreed upon time as I wanted to be present to observe that the job was completed to my satisfaction. The man came first and tried to dig it out by hand, but it proved unsuccessful. In the process of doing this however, they laid large plank boards over portions of the landscape that we had completed ourselves up to that point, and crushed some of the flowers that we had just planted. Are they came back later and successfully upgraded the rest of the tree. I took pictures and sent them to Art, we had spoke about my dissatisfaction with how this issue was corrected, and destroyed a newly planted flower. In truth the flower was only $15, but it was extremely frustrating to see our own hard work have been so easily overlooked and not respected. Art apologized and offered to correct the destroyed flower issue (free of cost of coarse, including replacement of the flower). Despite these shortfalls, I think we will hire Art again and his crew for future landscaping projects we have. My only words to offer, might be to expect a possible follow up contact to correct a similar shortfalls.

Description of Work
New homeowners with some clean up, grass needs, and gravel. Removed approximately 4" deep of peanut shells in an area under our patio from previous owner, removal of dirt and debris from our own efforts of landscaping we performed in the front of our home to save on cost, removal of 3.5' tall garden statues, removal of boxwood bush in front, and removal tree (forget te species: approximately 7' tall, deciduous tree). Laid sod in back along with seeding for shaded areas. Lastly laid 3/4" gravel and pea gravel, along with some plastic edging to keep the gravel in place and weed fabric to prevent weeds from sprouting up.

I would use them again in the future.

Description of Work
They did a spring clean up.

Very well. The team of 4 were there early on the first day that weather allowed and cleaned all of the yard, including the sides of the house. Most of the seeding has taken and we are getting grass in the many bare spots.

With 30 years of business and over 100,000 completed projects, Archadeck’s experience and professionalism ensures unmatched quality and service. Family owned. Corporate name: Integrity Enterprises Inc. We are a full-service design & build company. We are not set up for any kind of repair or maintenance work.  …

Free estimates for all types of wall products, natural stones and brick paving work for outdoor kitchens, living areas, grill enclosure, fire pits, all types of hardscapes, brick driveways, brick patios, walks, retaining walls, seat walls, pillars, steps, and lightning. Our sister companies are 3D Concrete Designs, Choice Cut landscaping and 3D snow removal. We only use subcontractors for Asphalt, Carpentry, Water features and Ponds, Gas lines installations and Sprinkler systems. Which the homeowner can deal with them directly or thru us, we "DO NOT" add any extra charges to their prices. In case of any emergencies, you can call Mike D'Aiello the owner of 3D Brick Paving on his cell, day, night or weekends. 847-417-5510  …

Arrowhead Brick Pavers Inc. is an experienced company that takes great pride in our superior custom hardscape installations. Our experienced staff will help bring custom designs and quality installations to each and every customer. We install over 200,000 square feet of pavers every year and have over 35 years in hardscape installations. We are backed by Unilock and are considered one of their top residential installers as well as an authorized Weber dealer. All of our work is fully guaranteed. We are also a complaint free member of the Better Business Bureau with hundreds of satisfied customers. We sincerely look forward to working with you on your custom installation and bringing "outdoor living" to your home.  …

How is Green Art overall rated?

Green Art is currently rated 4.3 overall out of 5.

No, Green Art does not offer free project estimates.

No, Green Art does not offer eco-friendly accreditations.

Are warranties offered by Green Art?

No, Green Art does not offer warranties.

What services does Green Art offer?