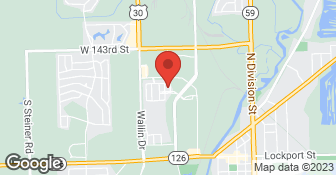 We know that buying a home or condo can be overwhelming and stressful at times. Our skilled inspectors understand the importance of such an investment, both personally and financially. We will follow State mandated guidelines and inspect your home as if it were our own. Licensed Home Inspection; Thermal Imaging of Homes and Businesses; Radon Testing using, "State of the Art Electronic Monitors". Sump Pump installation....

Being a Realtor, I have fired from my team more Home Inspection companies than any other RE profession. Found Dave and his team 4 years ago and he has been my go to since then. His attention to detail and ability to explain to homebuyer's what they are buying, is unmatched. This company is definitely the best when coming to home inspections and radon testing.

Dave and his team are fantastic. I recommend them to everyone. Always professional and very detail oriented. They explain everything as well.

It was not a good experience . Not only was many things missed but there is also a very noticeable crack in the foundation that was not addressed in the report. If I had the shower going and flushed the toilet the basement would flood. I don't know how that was missed. If I had the sink going and flushed the toilet the basement will flood. The basement was said to be dry and in no way was/ is this a dry basement. I had another company come in and within 10 minutes in the basement he could tell that there was bad patchwork in the corners and this basement was never dry and recommended drain tile. All these added up were no minor misses. I even had to put in two sump pumps just to deal with rain water coming in from cracks. I bought the house and in 3 months spend over 6 thousand in repairs from "minor" misses that could have been avoided. If I would have known that if I shower and flush I would swim in the basement I would have in no way bought this house. This flooding started within 4 days of me being there. I payed this company to inspect from the roof to the foundation to let me know if this was a good house and they did not follow through. It didn't have to perfect but these misses are adding up very fast when the cost would have fallen on the previous owner to fix . There is no way they could have done a good job when the basement windows is missing a window completely and just had a screen keeping the outside out. This being my first house I have learned also on what not to do and what to look for. The worst part about all of this was that they were recommend by a real-estate friend of mine. They did good in the rest of the house but this basement I feel was completely missed. The picture are within one month of me living there after starting to clean.

It went great, David made every clear to us in the home inspection and enjoyed doing. You can tell he enjoys what he does and has a good amount of experience. You can quickly tell you're in good hands. Would 100% recommend.

Amazing. Dave was professional and patient. He explained everything to my wife during the inspection and took the time to explain even things that you don't usually expect during an inspection. The prices are fair and definitely worth it. Will recommend his services in the future.

My wife and I were really happy that we went with BRT for both our home inspection and the radon test. Dave handled our inspection, and was incredibly thorough. He got there early, and covered the whole whole house (including physically going up on the roof). He took tons of pictures for the report and explained what his concerns were as we went through. He also noted things that he couldn't call out in the report, but suggested we may want to address on our own. We were nervous going in with the house as there were visible cracks in the basement, but ended up purchasing after considering Dave's expert advice on the severity of the issues on his assumptions on repair costs. Additionally, the contractors we called ended up quoting their repair prices right around the same amount Dave suggested it would cost. Dave was super nice and extremely professional the whole time, he even went back a week after our initial inspection to recheck some electrical issues he called out that the sellers had fixed on their own. It was also convenient having the radon test done by the same company. And the test helped us identify high levels of radon in the house. We ended up purchasing a mitigation system, which has greatly reduce the radon level in the house. Adding the radon test increased the overall fee by $200 ($200 for Radon, $400 for inspection). For those on the fence about getting a radon test, I'd recommend it, as it's worth the price. All in all, were extremely satisfied with the value we got for the money, and will be recommending BRT to any friends and family that are purchasing a house in the future. It will also be the first place we call next time we move.

Working with BRT on our home inspection and radon test was incredibly easy and very competitively priced. Dave was very easy to get a hold of and was able to schedule us quickly. He is very knowledgeable about homes and construction in general. He not only showed me certain issues with the house but also explained which items I could fix myself and where to buy the parts. He differentiated the items that couldn't be "DIY-ed" and offered to provide (didn't push) contacts for these items. The best value with BRT is the fact that they can couple a radon test with their home inspection. Most home inspectors sub-contract their radon tests with different companies. This not only adds time to your inspection (cutting into your inspection review period) but also costs a lot more money (I quoted 5 different home inspectors and BRT was the most competitive). To top it all off, Dave is a personable guy who is very easy to get along with and has plenty of experiences to share. I would highly recommend Dave and BRT to anyone getting a home inspection (especially if you're getting a radon test too).

David was very professional and detailed.

Dave was very thorough and knowledgeable throughout the entire process. He spent extra time explaining everything he saw during the inspection and willing answered any and all questions along the way. I wouldn't hesitate to hire BRT again and would recommend them to anyone looking for a reliable and knowledgeable professional.

VSI Radon Reduction Corp. has two locations to serve the greater Chicagoland and Rockford area. Providing radon reduction since 1987. State licensed installer at every job. We install and service sump pumps and backup pumps as well.  …

Accurate Safety Solutions-Accurate Radon (established in 1994) is passionate about keeping our clients families safe by keeping the radon exposure over the short and long term as low as possible. We achieve the lowest documented post mitigation radon levels in the industry (with 82% of our clients homes measuring at 1.0 pCil or less). We guarantee 100% satisfaction, help retest the property to ensure the system works properly, and then monitor it to ensure it continues to work at 100% capacity. We want you to know your family is as safe as possible! Licensed, Bonded, Insured, Eco-friendly and Offering Free Estimates.  …

No, BRT Home Inspections & Radon Testing does not offer warranties.