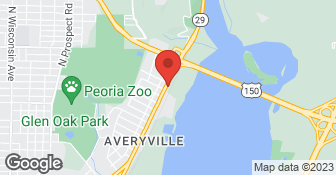 EXCEPTIONAL ROOFING & SIDING FOR YOUR HOME There are a lot of roofing companies, but our family-owned and operated business set out to provide roofing peace of mind to our customers by doing things a little differently than the competition. Our amazing customer service is one thing that sets us apart, but it’s not the only thing. Ready Roof completes most of our jobs in just one day. We also do what we can to keep our prices competitive without sacrificing quality—and we provide transparent pricing right from the start. Ready Roof is large enough to serve you, yet small enough to care. With more than 25 years of industry experience, BBB accreditation, and many positive reviews, it’s easy to see why we’re a smart choice. We don’t just want to sell you something; we take the time to help you understand our products and to guide you in making choices for your home that will best meet your needs and your budget. Are you ready? 844-732-3944 www.readyroof.com  …

If you are looking for a roofing contractor in Peoria, IL, come to A New Roofing Contractor, LLC. We offer a variety of roofing services including roofing repair and replacement, gutter replacement, chimney repair, and much more. Our workers are highly experienced and skilled. We take pride in the work we do and strive to offer affordable rates. For a great service in Peoria, IL, call on A New Roofing Contractor, LLC.  …

No gimmicks, no slick marketing, no platitudes. We don’t want anyone to just take our word for it, we want to EARN IT. Midwest doesn’t believe in marketing their way to success, we believe in proving ourselves to our customers on a daily basis through our commitment to quality, our customer service, and standing by our work with our best in the industry warranty. Roofing has been in the family since 1969 when Edwin Lauts ventured out on his own to start Lauts Components, a company that designed prefabricated roofing systems for residential and commercial projects. His commitment to earning his customer’s trust has been preserved through the generations. Edwin’s son, Dave Lauts, carried on the tradition through his carpentry and custom-building business. Mark, Dave’s son, wanted to expand on his family’s tradition of “earning it,” and service customers throughout the Midwest. Midwest Roofing and Restoration (formerly Lauts Exteriors) was created to provide exceptional customer service to customers all-throughout the Midwest.  …

The site and office teams were very good to work with. They were very responsive and offered great advice. I will definitely recommend them for their services.

Description of Work
There was a complete roof replacement.

The work they performed looks excellent, but I signed up on here just so I could complain about how they treated my neighbor. She's a nice old woman, that doesn't like to complain- so I'll do it for her. From beginning to end, this whole project turned into an enormous amount of unnecessary stress for an 89 year old widow to deal with. Messing told her that she needed to repoint the bricks on her ...

Description of Work
Replacement of a tin porch roof

They were great to work with and did an excellent job. They installed CertainTeed shingles with a 50 year guarantee. They also installed two skylights. I did get a few bugs in the light and they came out and cleaned them and resealed them. I had some other work done on my siding by another contractor and he said the quality of the roof installation was excellent.

Description of Work
I needed a repair for the front door of my home. It was not opening/closing properly.

I have had many rains since the new roof and it works great. They installed a new material that's guaranteed for years. They were very competent, friendly and stuck to doing a very good job.

Description of Work
They installed a new roof over my front porch.

Four and a half years after Messing replaced our roof, we now have in hand a settlement check after suing them for breach of contract and breach of warranty. The process of noticing the damage and suing them took a full year and a lot of money. We URGE you not to use Messing Construction for any construction project, but particularly for your roof. Messing violated Bloomington city code by a) not getting a permit; and b) not installing ice and water shield (despite the fact that the contract called for such installation). But more importantly, Messing Construction acted in bad faith with a complete lack of professionalism. We initially appealed to the Illinois Attorney General and were unsuccessful in settling our claim. We hired an attorney in the summer of 2012. Here is what we wrote to the Attorney General: and quot;In October, 2008, we contracted with Messing Construction to put a new roof on our home. We had a number of problems with Messing’s representatives during the construction process, including lack of communication and delayed progress on the project. After the roof was completed in November, 2008, we had a number of leaks. The first time we called Messing to alert them of the leaks, they came out to put caulk above the master bathroom. The second time we noticed leaks, this time in the living room, they claimed no responsibility. In May, 2012, we invited a realtor to our home to consult with us about putting the house on the market. He was the one to notice the current problems with our roof. Three and a half years after installation, our roof has a number of very obvious warps and bows. These warps and bows are in the same part of the roof where Messing replaced plywood. When we contacted Michael Messing, president of Messing Construction, he first told us that the problem was that the boards on the roof were too thin. When that proved to be incorrect (a Messing representative tore off a few shingles to find that they were indeed not too thin), Mr. Messing claimed—and put in writing—that the problem was due to improper ventilation. We have since had four separate licensed roofers to our home to inspect the roof and they have each told us that improper ventilation is not the issue. We have been told by four separate licensed roofers that the problems with the roof include (but are not limited to): 1. Damaged wood that was not replaced during construction (this, despite the fact that we gave Messing the go-ahead to replace any damaged wood). In 2008, we were not informed that wood other than the six sheets we paid for needed to be replaced. 2. Wood sheets that are not nailed down properly. 3. Roof shingles that are not nailed down properly. 4. The original sheeting has no H-clips between the rafters, causing the sheets to separate from one another. 5. The chimney is flashed improperly and the siding is loose around the chimney where it was loosened to install new roof flashings. According to one expert, “there should have been flash-rite corner flashings installed on the two corners of the chimney to ensure no leaks were going to happen and it did not get installed.” 6. The roof has no ice and snow shield coverage on back eves, which is a Bloomington city code violation. (Here we reference Section 25 of Public Act 91-2023, which states that “Any person engaged in the business of home repair and remodeling shall obtain and maintain in full force and effect during the operation of the business public liability and property damage insurance…in the amount of $10,000 per occurrence for improper home repair or remodeling not in conformance with applicable State, county, or municipal building codes.”) 7. There is no felt paper on the roof. Underneath the shingles is bare plywood. Mr. Messing has refused to honor the contract we signed in October, 2008, which included a five-year workmanship warranty.and quot; Messing will give you nothing but grief: lies, excuses, and poor workmanship--and then refuse to make good on their five-year workmanship warranty. They will cost you more money, time, and infuriation than any roof is worth.

Lots of delay getting started due to rain but knocked it out in one day. No problems in over a year. Attractive roof.

I had them clean and add gutter guards to my existing gutters. They were very professional, punctual, and organized. They went out of there way of helping me because I was unable to clean out my gutters myself and they assisted me as needed. I would recommend them to others and would use them again.

Description of Work
I had them to put gutter guards on and had them clean the gutters as well.

Everything went well. They did a good job. A leak did develop and they sent someone out to repair it. My overall experience with them was good.

Description of Work
They tore off my roof and put a new one on.

We ordered windows on October 1, 2010. Was told by salesman that the windows were middle of the line for this brand of windows. Found out too late that these were the bottom of the line windows and unless we want to go through this again and replace these - will have to keep what was installed. We were to have installation done on 11/12/2010. had major problem with getting contracted workers to show up to perform the work - in spite of speaking to the owner of the company on several occasions. Installation was started in late November 2010 and not completed until March of 2011. This was for only 9 standard windows!! Major problem with quality of work - which had to be redone. Had to take photos and present them to one of the owners in order to get company to send someone over to correct work and finish installation. Finally settled with sub-par work just to have the job finished and relief in not having to deal with this company any more. Overall - workers that were sent to do this job were obviously inexperienced in every aspect and had no degree of professional courtesy or work ethic. Only pluses to this were communications with the late owner's daughter and the only experienced staff member who came in at the end to try to correct the horrible mistakes that were made in the original installation. Would I recommend this company to anyone in the future? Absolutely not!!!