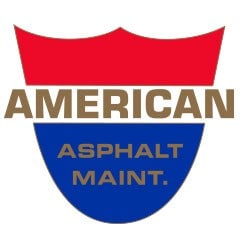 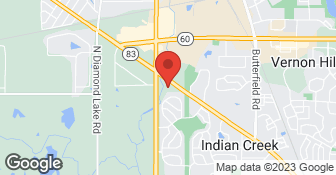 ***PLEASE call us at (847)566-8989 to schedule, or go to our website to fillout an estimate request form*** Asphalt driveway paving specializing in removal and replacement of asphalt driveways. Seal coating for our previous asphalt paved customers ONLY. My family has been serving the North Shore area for over 40 years in the asphalt paving business. My commitment is to continue offering the same quality product our customers have come to expect. This has always been the AMERICAN standard." - Robert Morin We pride ourselves on providing quality service, with a full fleet of trucks, equipment and a professional, respectful and uniformed staff on hand, American Asphalt Maintenance, Inc. sets itself apart. We are fully insured, bonded and offer free estimates. We are happy to accept Mastercard and Visa. Don't forget how those air miles and card incentives add up! Our sales staff is prompt, courteous and professional. We are open five days a week to take live phone calls!...

American Asphalt repaved my driveway in May 2019. The following winter, the new driveway elevated above my sidewalk on both sides creating a 1 inch wall on either side of the walkway. When I reported this issue to them they denied there was any issue and did nothing to resolve my issue. I continue to have issues in the winter and the driveway still remains elevated even during the warmer months. I recommend you look elsewhere for asphalt maintenance and repairs.

Wonderful experience from beginning to end. The representative (Frank) who came to provide an estimate was knowledgeable and informative. The estimate was competitive and the work was completed in a very professional manner. I selected this company because they have only one crew which includes the owner of the company. He in fact works side by side with his team. They are a fine-tuned crew and it was interesting to watch how efficient they are. Everyone knows exactly where they need to be and what they need to be doing. The experience of each of the members is easy to recognize. Interestingly, they do not ask for any payment until the job is done supporting the fact that they have confidence in their work product. I watched over the process and there was nothing that I felt needed to be addressed as the work was completed. In fact, they did more than I expected. I have one walkway off the driveway which was not level with the old driveway and they altered the pitch to ensure that it met the level of the walkway. The project was not simple in that I have a three-car garage and driveway is curved as well as very steep. Perfect job by a great company.

Frank came out to give me an estimate which came out to give an estimate during the summer in early August. Nice guy and gave a competitive estimate. They were booked all the way until now so we waited for them due to what we read on previous reviews. They came today for it and that's where everything turned into a one star experience. We had a corner of the front of the driveway that had pavers on it, when the owner/boss came I asked if he would be able to take those away too or if we needed to. At that point he said they weren't doing that part. I explained that I was under the impression that the whole driveway was getting done. He explained that that would be an addition and they would have to call Julie and dig down 10" to add the base and doing an addition. The owner then stated "You won't believe how many times he's f@cking done that me". He then said what do you want to do since they would do what they had planned to do and leave the corner alone and if I wanted it done it would have to be done next year since their season ends next week. I told him to give me a minute while I asked my wife to which he chuckled at. I told him to go ahead with it at which time I tried to explain my understanding of it which then he said he didn't think I would pay him for the work he was going to do. I've never done that to anyone that's been owed money and to say that about a customer as the owner is very disrespectful. The entire time I just picked up on the feeling that he didn't want to do the work and then saying that was his way out of it. Now I'm out for the cost of the permit, took a day off of work only to be left with the old driveway. I hope Rob, the owner, addresses the communication issue with his company instead of disrespecting his customers the way he did today.

Perfectly. Right on Schedule, no problems, excellent quality work.Great work crew. One of the best we have ever worked with.

After a few years of savings we were ready to have our asphalt driveway redone. It came out to around $5k which was a competitive price (although the culvert replacement was very high). We decided to go with American Asphalt over a couple of other highly recommended companies in the area. The day of the work went well, quite an operation to see, and they did a great job. Over the next few days we noticed a large area (10sq ft) that was holding water in the driveway (a little less than an inch in the middle). We reached out to AA on this and were told it was too late in the season (fall of 18) to do anything about it. Through the winter this area constantly freezes over as ice which the only option to remedy is salt (not good for the driveway if it cannot be washed off). This spring ('19) I reached out to them again (with additional photos) looking to see what could be done. In the end Frank called me back and explained that sometimes it happens and it's not perfect. Trying to correct could cause more issues and may be costly (sometimes it could take 3 trips). So in the end there was no solution they were willing to try or do. I'm disappointed in the outcome of this project and AA as this is a $5k spend on something that is permanent (15-20 years) that we'll have to sweep and ice over this time period.

Description of Work
Removal of asphalt driveway and new base and asphalt to be added.

I left a v-message for them and submitted an on-line request for an estimate directly on their website and never heard from them?!? Replacing an existing asphalt drive isn’t a small job.

I am sorry we couldn't respond fast enough. I saw your Angie's request that was submitted on the 3rd. We were still closed for the season and that was mentioned on our voicemail system as well. I did respond today to your message and we will have someone out this week to do an estimate. I do apologize for the delay.
5.0

Every contact with AA was very cordial and professional. From estimate to scheduling to actual work. Crew showed up on time, worked quickly and productively. Quality of work was excellent and would heartily recommend AA for future work.

I obtained 3 estimates from 4 contractors and selected the best bid with the best specifications. American Asphalt Maintenance Inc. was the BEST from beginning to end. I highly recommend them to anyone needing needing residential repaving.

They were extremely prompt and professional. They had enough equipment and personnel to quickly remove the driveway, repack and re-surface. It was a well coordinated effort.

Asphalt driveway paving specializing in removal and replacement of asphalt driveways. Seal coating for our previous asphalt paved customers ONLY.

American Asphalt Maintenance Inc is currently rated 4.8 overall out of 5.

No, American Asphalt Maintenance Inc does not offer eco-friendly accreditations.

No, American Asphalt Maintenance Inc does not offer a senior discount.

Are there any services American Asphalt Maintenance Inc does not offer?