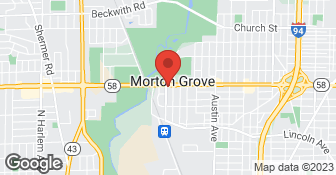 2 EMPLOYEES. USES SUBS FOR CONCRETE AND TREE SERVICE. COST DETERMINED BY THE JOB. NO TRAVEL CHARGES. NO CHARGE FOR AFTER HOURS SERVICE. MAY CONTACT VIA EMAIL. PABLO MENDEZ IS ALSO A CONTACT NAME FOR THE COMPANY.

I signed a contract with Pablo Mendez from Affordable Landscaping. Contract was $200 flat fee for unlimited snow removal and salting of my driveway as needed (over 3 inches of snow). Pablo came the first 2-3 times it snowed and then just stopped coming. I texted and called him several times to try to restart the service, but he never answered the phone and he never returned my calls. He just walked away from the contract. Highly unprofessional. Buyer beware -- do not do business with him or his company!

Description of Work
He was supposed to provide snow removal service for my driveway, but consistently failed to do so.

He did a very poor job to begin with and then when we had the biggest blizzard in 20 years he did not show up at all!!! I called him late afternoon when the snow had stopped. He said he would be there overnight and that my husband would be able to get to work. He never showed up!! Now he won't even answer his phone at all. He's a very unreliable crook. I paid him in advance for the entire season. He began hounding me for payment in August! I felt sorry for him thinking he needed the money so I paid him 4 months before the first snow fall.

Description of Work
He was supposed to plow our driveway.

Similar to comments from other members, we simply got the impression that Affordable Landscaping took on more clients than they could handle in a prompt fashion. When they first came out to give us an estimate, they were extremely responsive and even promised to come out to lay down salt in advance of storms that were supposed to generate ice (though they NEVER actually did this all winter). While the '07-'08 winter was an extremely snowy one, we were really disappointed with the broken promises and especially with how long it took them to show up to plow our driveway and clear our sidewalks. There were even times they didn't show up at all. They also ALWAYS had some elaborate excuse every time I called to ask when they were going to show up. When they did show up, the quality was pretty good, so my recommendation to this company would be to establish multiple tiers of service with prices highest for those getting the fastest response times and lower prices for those who don't mind waiting a while. Unfortunately, they promised too many people quick and thorough service for a great price and were unable to deliver.

They have been a challenge to say the least. They don't show up sometimes, we have had to make numerous phone calls throughout the winter, and worst of all, one morning we woke up to a snow plow being driven on our sidewalk. They ripped up the grass. They are nice, but they just haven't been doing a good job at all.

Description of Work
We hired Affordable Landscaping to maintain the sidewalks and back deck stairs during the winter. They seemed affordable and were responsive.

Very disappointed with their service. They cannot handle the job. They don't do a thorough job when they show up. I ended up calling them every other time to remind them to clear the driveway. I would not recommend this company at all. Every time I called, they gave me nothing but excuses such as they're up all night clearing the snow for the rest of their clients, their equipment broke down, etc...

Description of Work
We signed a snow removal contract for the season. The company was suppose to remove the snow, ice, and apply some salt on the sidewalk. This company is almost late every time it snow, as late as 1 day and a half. I have to call several times to find out if they're coming or not. They have all kinds of excuses every time I called. They don't have what it takes to handle the job. Their price was very reasonable but it's not worth the hassle.

They do about satisfactory work. Maybe they did not anticipate the frequency of snow this season, but they were quite late for the removal and did not do thorough job. Considering how late they get to my house (after day and a half on one occasion ) it probably is not worth the service.

I APOLOGIZE IF ANYONE THOUGHT THAT OUR WORK WAS UNSATISFACTORY. ON ONLY ONE OCCASION WHERE WE UNABLE TO BE OUT TO THE PROPERTY WITHIN A REASONABLE AMOUNT OF TIME DURING A SNOW FALL, BUT OUR TERMS WHERE TO BE OUT WITHIN THE FIRST THREE INCHES OR WHEN THE SNOW FALL STOPPED IF LESS THEN THREE INCHES WHERE EXPECTED. THIS PARTICULAR OCCASION WAS LESS THEN THREE INCHES AND EVERYONE WAS SERVICED DURING THE MIDNIGHT HOURS. THE AREA IN WHICH YOUR PROPERTY IS LOCATED SHOWED NO SIGNS OF SNOW REMOVAL AFTER 3 HOURS OF US BEING OUT TO THE PROPERTY DUE TO HIGH WINDS AND THE OPEN FIELD ACROSS FROM THE PROPERTY. SO AGAIN, I DO APOLOGIZE FOR ANY DISSATISFACTION THAT YOU MAY HAVE TOWARDS OUR SERVICE, BUT SOME THINGS ARE JUST OUT OF OUR CONTROL.
5.0

Jessica and Pablo are absolutely great. They are easy to work with, and do a beautiful job in maintaining our yards. The only issue (which I consider a very minor one) is that they don't always stick to the schedule (I was initially slated for Fridays, but they sometimes come out on other days), but that's not too problematic for me. Overall, I've enjoyed working with them for the past several months and will continue to do so!

Description of Work
For spring cleanup services ($45) on our 20 x 20 backyard and 10 x 15 front yard, they pulled up all the vegetation on 3 small plots, trimmed the bushes, mowed 4 inch high grass, created channels for our gutter runoffs, power aerated our exposed patches of soil, and took care of the weeds on our front/back lawn and in the cracks of my patio. For my biweekly lawn maintenance ($10/cut), they mow the front and back lawn, trim the bushes and clean up the few fallen leaves and weed around our property. We added fall clean-up ($5 extra) since we have 3 large trees on our property and an enormous amount of fallen leaves. We are also using their snow removal services ($150 prepaid for the entire season) which includes shoveling of driveway and all entrances to home, salting, and cleaning off our cars.

American National Sprinkler and Lighting is a family owned business heading into its 33rd year with more than 9000 satisfied clients. We can design, install and service a sprinkler or lighting system to meet your lawn and landscape dreams as well as your budget. Our motto "Install one time...Satisfaction for a lifetime" was created because we are driven to customer satisfaction!  …

All statements concerning insurance, licenses, and bonds are informational only, and are self-reported. Since insurance, licenses and bonds can expire and can be cancelled, homeowners should always check such information for themselves.To find more licensing information for your state, visit our Find Licensing Requirements page.
General Information
Free Estimates
Yes
Eco-Friendly Accreditations
No
Payment Options
Check
Senior Discount
ASK FOR DETAILS
Emergency Service
Yes
Warranties
Ask for details

How is AFFORDABLE LANDSCAPING AND SNOW REMOVAL overall rated?

AFFORDABLE LANDSCAPING AND SNOW REMOVAL is currently rated 2.6 overall out of 5.

What payment options does AFFORDABLE LANDSCAPING AND SNOW REMOVAL provide

No, AFFORDABLE LANDSCAPING AND SNOW REMOVAL does not offer eco-friendly accreditations.

Does AFFORDABLE LANDSCAPING AND SNOW REMOVAL offer a senior discount?

No, AFFORDABLE LANDSCAPING AND SNOW REMOVAL does not offer a senior discount.

Are warranties offered by AFFORDABLE LANDSCAPING AND SNOW REMOVAL?

No, AFFORDABLE LANDSCAPING AND SNOW REMOVAL does not offer warranties.

What services does AFFORDABLE LANDSCAPING AND SNOW REMOVAL offer?