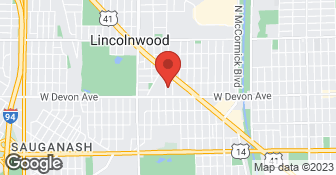 We at All State Movers, INC. have a team of skilled, interstate moving consultants located right here in Chicago, IL who will make sure that your entire move is mapped out before it even begins. From helping you choose a date to picking the right services for you, our consultants will make sure that you have little to nothing to worry about. They’ll also have answers for all of your moving related questions as well as solutions for all of your moving related concerns

100% recommend! I used All state movers service and it was super easy.pick up and Drop off were as scheduled, Not only were the guys incredible, but the office staff was also great to work with! We requested a very last minute move and they were able to accommodate and make things work for us! Great Company. Honest quote. Hard workers. Thanks guys!

Description of Work
move from Chicago to linclnwood 2 bedroom apt

I moved to CA. All state movers did a excellent job the guys showed up on time packed and wrapped all my furniture. It was a great relief that the estimate over the phone was pretty close to the actual move cost because I added one dresser and 3 suitcase. The office called all the time to let me know about updates for my delivery and on the day of the delivery everything was smooth I receive all my furniture no damage good job all state I will use you again

Description of Work
They moved me from skokie to California

It was an easy move for me. At first, I got worried how to move all the things on my own to my new apartment. Then my wife suggested me the name- all state movers. When I hired them, they seemed like very trained and experienced movers. They wrapped and packed everything within a short period of time and delivered to my new apartment safely. The company trains their men very well and the crew is very helpful. During this move, nothing was damaged or broken. They just made my work easier than I thought.

Description of Work
move my apartment

Awesome experience with this company. From the moment I called to try and figure out what company I would use, Sandra helped me with an estimate and called me back to check on what I needed. When I had to reschedule and make special instructions she helped me graciously and effectively. They gave us a time estimate of between 1-3 when they would Show up and then called at 12:45 to let us know that they would show up between 1:30 and 2:00 and that's when they showed up. The men were courteous and considerate during a move that was stressful. They were very helpful. There was a mistake that happened with our special instructions however, Dave, in the office made sure that the mistake was taken care of and it didn't cost us anything extra as a matter of fact they solved the issue for free and they paid for the mistake! Dave could not have been better with his customer service, nor could Sandra. In the end, because of the efficiency of the movers, our move actually came under the actual estimate cost! How often does that happen! Thank you so much All State for making a very stressful move much less stressful!

Description of Work
I needed a quick move from one town to another about 20 minutes away. Not a large move but also needed garbage couches and chairs to be gotten rid of. They figured out how it all could be done most economically.

great team, worked very fast and did a very professional job, there price was the best from all other companies and they are a A on BBB. will use them again thanks guys

Description of Work
i moved form the city to skokie.

The movers were on time and completely prepared with all the packing materials required to fully pack us up. They handled all our fragile items with care. The crew was very polite and friendly. They worked very hard and completed the move within about 7 hours ish. The price was very reasonable for everything they had to pack. Our sales representative was very friendly and attentive followed up with us throughout the whole move.

Description of Work
Moved us from IL to Indiana

H2H Movers, a woman owned and operated business, was founded on the idea that your move should be easy and stress-free. We are the full-service moving company you can trust to take care of your belongings - and you! Here’s how we do it: Competitive prices. You’ll get high-quality, personal service at the best possible price. Accurate quotes. Expect fully transparent pricing from the very beginning. Secure and efficient process. Our entire team’s priority is making your move as smooth as possible. Our trucks are stocked with moving blankets, packing supplies, and everything else needed to protect your belongings and keep your move efficient. People-oriented. Both you and our team matter to us. We work together throughout your move, and we fully train and take care of our team so we can all take care of you! A company you can trust. We value your trust, so we lead with integrity. But don’t take it from us - check out our 500+ positive online reviews!  …

With over 7 years of Professional Moving experience, Great Chicago Movers LLC is the company to call for your in-state moving needs. Fully bonded and insured, we will make sure that your property is handled in a safe and professional manner. We do out of state and long distance moves. Please call us today!  …

We are a family owned & operated professional full service moving company, licensed by the Illinois Commerce Commission to provide moving services within the state of Illinois since 1982. We are an award winning company and are members of the Illinois Movers and Warehousemen's Association. -Specialize in local moving in the Chicago metropolitan area and will move one item to a household or more. We move Residences, Offices, & Commercial locations and provide free on-site estimates. -Estate Clean outs and Junk Hauling. -Broker long distance moves through licensed, reputable van lines and are able to book international moves. -Move pianos, organs, special appliances, antiques, and fine arts. -Packing services..packing, unpacking, packing materials, and build crates for specialty items. -Hoisting and craning services. -Specialize in moving senior citizens and try to anticipate all of their special needs. We have provided services for schools, churches, hospitals, museums, and large corporations, and senior citizen homes. We believe in giving back to the community and donate a portion of our proceeds to numerous charities, including fighting and research of cancer, children's learning disabilities, and Shriner's Hospitals . We take pride in our work and will do whatever we can to make your moving experience as stress free as possible. "We Keep Chicago Moving"  …

How is All State Movers, Inc. overall rated?

All State Movers, Inc. is currently rated 5 overall out of 5.

What days are All State Movers, Inc. open?

All State Movers, Inc. is open:

What payment options does All State Movers, Inc. provide

No, All State Movers, Inc. does not offer eco-friendly accreditations.

Does All State Movers, Inc. offer a senior discount?

Are warranties offered by All State Movers, Inc.?

No, All State Movers, Inc. does not offer warranties.

What services does All State Movers, Inc. offer?

Are there any services All State Movers, Inc. does not offer?