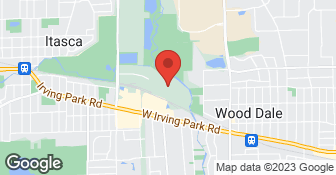 great installation. The pricing was way below competitors. Great company.

Everybody from Steve, the owner, Eric, the technician, and Lori in the office gave me outstanding service at a great price and warranty. Indoor Comfort has been our sole provider of all HVAC and Water Heater Installation for almost 12 years. Highly recommend as your first choice.

The installers were friendly and explained everything as they completed various steps in the installation process. Easy group to deal with when it comes to getting a final (and affordable) quote as well.

The owner, Steve, was out right way to provide a quote on a new furnace and thermostat to replace our 15 year old unit. The service techs were out within 4 days for the install which went well. All of the techs were very professional and did a terrific job. My poor rating was based upon the less than stellar customer service provided when I requested a detailed receipt for the purchase of the two units. Steve was left numerous texts and voicemails regarding this issue, no responses. I called the office several times and the voicemail was full, I could not even leave another voicemail requesting a paid receipt. I contacted my credit card to dispute the charge and I also decided to travel to their office in Itasca to attempt to pick up a receipt which I had been waiting for for three weeks, which was finally handed to me with the model numbers for the units and the amount paid. This is a direct quote from Steve, the owner of Indoor Comfort, "You don't want to hire a HVAC company whose warranty and service shows tail lights"...in other words you don't want to hire a HVAC company that you can't rely upon, does the work and you never hear from them again.

I shopped around and hired Indoor Comfort for their price and upfront info about rebates and how they handle them. I double checked rebates they told me with those online and both agreed with what Steve Kortes said. They arrived on time and were very professional and cleaned up everything. I will hire again.

I have a high regard for these people. Lightning struck my old unit and we were going into a hot spell. I called Indoor Comfort because they were one of the recommended Carrier dealers in the area (recommended by Carrier). They sent out a technician (Kevin) to assess the situation. He said that the unit technically could be repaired, it would cost almost as much as it would to replace it, so I took the plunge and agreed to the $7400 replacement project. My insurance company---USAA--wasn't able to send a claims adjuster to the site before we had the AC replaced, so I was taking a bit of a gamble. However, when the HVAC inspector finally came and assessed the old unit, they said that the unit technically could be repaired, but that it would cost as much to repair as it would to replace it. So there you have it. Their honesty verified by USAA. All the people I interacted with from Indoor Comfort were great.

Steve the owner was very helpful in helping make a decision in the type of unit needed. Will be using the company on the yearly service contract. All techs sent to do the install where very courteous and prompt.

very pleasant and easy experience they took care of everything from rebates,registering warranty,financing ,take away and cleanup .Very honest and upfront on everything that was to take place no hidden fees or surprises . they even set up my Ecobee 4 thermostat and room sensors which i purchased for no cost.I would strongly recommend them .

We Choose Steve and Indoor Comfort because we felt they would do a Great Job at a fair price. While meeting with Steve he informed us about the many rebates that are available for our equipment, even a manufactures rebate since we were replacing a Carrier with a Carrier product. Not only do they inform, they submit the rebates for you as a service they provide to their valued customer. Today was installation day, and Steve sent Eric and G out for the install. They did a fabulous Job, and were amazingly quick. We are in a neighborhood that are getting a-lot of new installs, and most trucks you see there for 2 days in a row. My wife called and said ya better hurry home, their almost done and I couldn't believe it. It was not a in and out mind you, Eric completely set up our new COR thermostat for my Wife and I, and set it up on our computers and IPhones as well. My motto is Great jobs aren't cheap and cheap jobs aren't Great. If you are looking for a Great Job look no Further than Steve and his team at Indoor Comfort.

It went great my furnace was replaced with the most up to date that is on the market at a timely manner. I would recommend Indoor Comfort to my friends and family.

Description of Work
My old furnace stopped working and I shopped around and found Indoor Comfort gave me the best price and Steve Kortes to be the most knowledgeable for my needs.

Air Duct Cleaners, Inc. has been providing high quality service to residential and commercial properties throughout the Chicagoland area since 1992. Specializing in improving indoor air quality through comprehensive air duct cleaning, the professional technicians at ADC, Inc. are trained on industry leading practices. ADC, Inc. offers an upfront pricing schedule with no hidden costs. Also all work is backed with a 100% satisfaction guarantee.  …

We are a dynamic group of professionals that has been serving the community for many years. Our technicians follow NADCA (National Air Duct Cleaning Association) standards and give the same expert attention to each project regardless of the size and cost. - Complete whole-house Air Duct Cleaning - Preformed by certified & trained duct cleaning specialist - We follow NADCA (National Air Duct Cleaners Association) standards and guidelines - We use the highest quality equipment & tools - Improves indoor air quality - Can save you money on energy bills - No mess! We safeguard & protect all areas so your home is as clean as when we started.  …

How is Indoor Comfort overall rated?

Indoor Comfort is currently rated 4.6 overall out of 5.

What days are Indoor Comfort open?

No, Indoor Comfort does not offer eco-friendly accreditations.

Are warranties offered by Indoor Comfort?

What services does Indoor Comfort offer?

Are there any services Indoor Comfort does not offer?