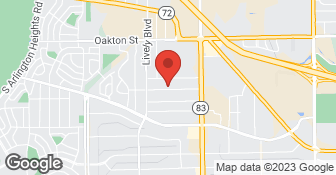 ProTech Water Damage is the top rated restoration company with the Chicagoland area for the last 13 years, our company services residential and commercial customers at some of their worst moments. Our IICRC Certified technicians are experts at handling the job from start to finish, to return your property to the way it was before disaster struck. You can expect an expertly trained professional who is fully equipped to begin working after a thorough assessment, estimate and explanation of the damage. We expedite water removal and dry out, mold prevention and mold remediation, sewage removal and decontamination and more....

Everything went really well. The two project managers (Dustin for mitigation and Manny for reconstruction) were great to work with: courteous, knowledgeable, and conscientious. Manny did a fantastic job at handling a lot of custom requests we had that came up along the way, as well as recommending when we should contact other specialists to address some issue that came up during reconstruction. He always made sure that all of our questions were answered and that we were happy with every aspect of the reconstruction. One tricky part was replacing wood pieces at the bottom of our cabinet drawers that had gotten wet. We were afraid they would have to break down the entire cabinetry but Manny came up with the idea of opening the cabinetry up on the side where there was baseboard covering, removing the affected pieces of wood, replacing them (raising them up a bit off the floor in the process), and restoring the baseboard. This worked out great! He also built a custom closet for our sump pump which was previously exposed, and resolved some issues with the walls. The men who did the drywall, painting, and carpet installation also did very fine work. As a result, our basement looks much better than before the flooding!

I called Pro Tech after having a horrible experience with another company (I will also be writing a review for them). They couldn't have been nicer or more understanding of my situation. I originally spoke with Dan who assured me they would have someone out the same day. A short while later Jerry and Ryan came to the house and looked at the damage. Again both were very nice and very professional. Jerry quoted me a price (less than the company i originally called) and I signed the contract. I asked him when he could start. He said right now and he and Ryan brought in the equipment and started working on our carpeting. He called in more help to move the furniture and then brought in fans and dehumidifying equipment to help dry us out. Everything is still running and we are still working with Pro Tech but I wanted to write this review now because our experience with them has been so exemplary. Great company and Jerry and Ryan in particular were great. Flooding is such a disturbing event but working with this company has made it much easier to deal with the aftermath.

Description of Work
Water damage clean up after flooding rain.

We have had no isses, no mold, no problems. They saved us from having to replace carpet. The technician was on time and followed up to make sure we were happy.

Description of Work
We had significant water in the basement due to a failed sump pump. They were able to pull up the carpet and padding and place industrial fans strategically to dry the carpet before water ruined it. The technician came back and checked several times and moved the fans as needed.

I don't like to give reviews like this, but in today's world, customer service is key and I'm hoping the company can learn from this. With all the recent rain and flooding, we had water in our basement and were willing to pay someone to help us dry it out quickly. Called on Thursday morning - was treated professionally and told because of the overnight flooding, they probably couldn't get out to our house until later on Friday but they'd know more as the day went on - fair enough. Called back on Thursday around 4:30/5:00pm just to get a status so we could plan whether we needed to be around on Friday to wait for them. Spoke with Kristen who was so incredibly rude - honestly, I was flabbergasted! I'm sure they were having a very busy day, but there was no reason to use the tone she did - I was just asking a simple question - did they have an idea of when they might be able to come out. She bit my head off saying there was no way they could come on Friday - it might be Saturday or even early the next week. Then she barked, "Do you still need our services - I'll put you on the list and we'll call you." Well, we never heard a peep from them (it's been a week) and we went out and bought fans and an awesome dehumidifier for a lot less than we would have paid them. Based on the unprofessional treatment we received, we will never consider this company again. Side note: due to flooding, we had to replace a hot water heater. In contrast to the Protech experience, the company we hired bent over backwards to get us up and running the same day and were very professional and friendly. We will definitely use them again and have already recommended them to friends.

Description of Work
No service performed. This review is based on the treatment received via phone.

They have been at my home eight times, and I have never been disappointed. They generally come within 40 minutes and get right to the problem. On every occasion they have been professional and leave the laundry sparkling clean. On several occasion IBenjamin Mc Cawley has been the technician, several occasion because I requested him. Today I got lucky as he was technican.. I have recommended them to others.

Description of Work
Unfortunately I have been a long term client, fortunately I this company this is exists. Over the past two and a half I have had a variety of issue with the sewer backing up.

I called two companies for an estimate and I went with Protech because they seemed very trustworthy and I felt I made the right choice. They arrived on time and did a good job removing the water logged property and cleaned and sanitized the floor. The gentlemen were very professional and came in to do their job. I was pleased with the outcome even tho I lost all my treasures. P.S. Maybe it was a good thing.

Description of Work
I had a flood in my basement and had 30 years of property on the floor. Pro Tech removed all the water damaged property and sanitized the floor and stairs.

My sump pump failed and my plumber recommended ProTech. They provided the service and Benjamin just couldn't have been nicer. I did have some frustrations with my bill but eventually, Dave and I worked things out. Since then, it's been fine but I would certainly clarify if insurance is going to pay or if you are responsible.

Description of Work
Failed sump pump. The services were fine (pumped water out of basement, removed carpet, and replaced padding)but it's the office personal that are difficult.

Pro-tech was there in an hour and basically just took over! Utterly fantastic individualized service and in a matter of hours had started clean up, drying, treating, etc.I simply can't say enough about this company and in particular Jerry who just seems to naturally go above and beyond!

I cannot speak highly enough of the service we received from Protech after a burst pipe flooded our newly finished basement. I called five or six restoration companies and Protech was the only company that 1) could get someone out to my house in 30 minutes and 2) gave me helpful advice over the phone, including the recommendation turn off the main water line and call an emergency plumber while we were waiting for Protech to arrive. The next fastest response time would have been over an hour, and Protech was already at our house and working by the time some other companies even called to let us know when they could have someone out. The service we received was outstanding. Both times I called the main number (on a Sunday night and early on a Monday) someone picked up the phone right away. Sean handled all the work in our home and was very knowledgeable and friendly. He arrived on time daily to check in on the drying progress and was very easily accessible when I called him on cell with questions in between his visits. Protech handled billing directly with our insurance company and, to date, I am not aware of any issues regarding payment. I cannot speak to their pricing because we owed them only our deductible. I would unconditionally recommend Protech to anybody. Outstanding customer service and terrific work.

Description of Work
We called Protech after a burst pipe flooded our newly finished basement. They removed the water and all ruined personal property, demo-ed all destroyed building materials, including our hardwood floors and trim, and brought in fans and dehumidifiers. They returned daily to check on the progress and take moisture readings of the floor, drywall and air.

Our washer drain backed up and while we cleaned it up ourselves, after 10 days there was a horrible smell left. We called Protech and their tech got back with us in the same day to see what was going on. He came back the following day with another tech and equipment to take care of the job. They took out carpet and drywall and left us with their drying machines. They were efficient and cleaned up all of the mess. The job was done fast and no smell was left. Jerry was friendly and worked hard. I would recommend him and the company to anyone.

Description of Work
Job: Discover the source of odor after a basement flood. Service: Found source of odor. Removed damaged carpet, and drywall.

Protech Water Damage is currently rated 4.8 overall out of 5.

No, Protech Water Damage does not offer free project estimates.

No, Protech Water Damage does not offer eco-friendly accreditations.

No, Protech Water Damage does not offer warranties.