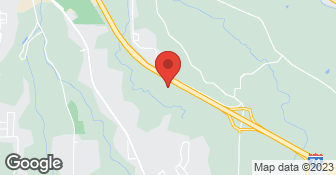 OMG, WILL NEVER call another contractor for a bid in Window World's area of expertise! Last week, as I was coming home from vacation, in traffic near Chicago, I received a call wanting to schedule an install date. I agreed that the following Monday would be fine. Requested an expected arrival time. was told between 8 & 9 a.m. I HAD to leave at 9:45 a.m. and did so.No-one had arrived to start siding. I put it off to bad weather. Didn't arrive home until mid-afternoon Monday. I found my 3 story home stripped of the old steel & vinyl siding AND nearly completely clad in the new insulation! The man running the crew came to my door asking if there was somewhere safe he could leave their tools etc. I was able to give them half my garage. The crew arrived shortly after 7 am.Tues. Worked until 7 pm. NON-stop! Then on Wednesday LESS THAN 3 days from starting job!!!) This crew had COMPLETED the job & was cleaning up & reloading their truck! The field supervisor was dumbfounded! The head of the crew even taught him a couple of things about siding, to make the job better with NO extra cost to homeowner! THANK YOU ANGIE'S LIST! Not only did you save us thousands of dollars, but I got a top notch crew out of it! Those men on the crew were such hard-workers and so polite! I am thankful, Window World of East Peoria, was able to access and use this crew! Shoot, I'd hire the crew again if they did more than siding!

Description of Work
Siding on 3 s.5 story home as well as 2.5 car garage. As well as remove existing siding on home and add siding to garage. Guttering to be corrected on back of home. (Different crew)

Perfectly. They were on time, on price with good product. They left the place cleaner than they had found it. Great work.

I contacted their sales rep who worked with me over a period of a few months to set this plan in motion. He was very helpful, honest and attentive. I appreciated that he didn't hound us for the sale. Once installation day came, the team showed up on time. They were very neat, and very very polite. We were impressed at how efficiently this team performed together. It was clear that they had their routine down to an art. They took out the old windows and put the new ones in a very efficient manner in the middle of January!! They worked so diligently that our house never even cooled. The windows fit and look great. They did a nice job of cleaning up, both inside and outside the house. And they finished all of this in one day. Start to finish, I believe they installed everything in 6-7 hours! I cannot say enough good things about this whole experience. And they charged less than half the price of their local competition! I can't wait to recommend them to my friends and family.

Description of Work
We had the company put new windows on our entire house (over 20 windows.)

They removed and installed a new door in a timely manner.

Haven't done the job yet....just ordered them today but my neighbor had them done and really did a great job!

Description of Work
Is to install 13 windows

They did a good job. I would use them again.

Description of Work
Window World Inc replaced some windows for us.

Installation and price was excellent and I feel it was a true bargain. There was an issue with the sales rep, however, without even raising my concern to the company, the owner stepped in and went far above and beyond to make things right. This is a company that is expertly run by a management team that truly cares about the customer and wants to make sure anyone who buys from them is happy and satisfied. The installation crew was quick, professional, and did a fantastic job and cleaned up after themselves. I will need more windows in the future and will not hesitate to bring my business back to window world. Their quality of work is on par if not better than some other window services in the area that charge twice as much. Well Done Window World, and hats off to an owner that is involved and has a firm grasp on his business and what the customer wants. I couldn't be happier.

Went great and looks great. Worth it.