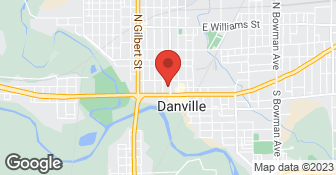 Main Line is here to meet all your drain clearing needs....

First, the plumber called me and was willing to come a day earlier than when my appointment was-that alone makes them special in my book. He could have just as easily waited till the appointment time. I've had plumbers that never showed up or call, but never calling to come a whole day early! I also was impressed with the worker's attitude toward fixing the big problem first , on the spot. It was obvious even to me that the company that had originally put in this drainage piping has done it messier and half-way-not good. He explained what needed to be done and why. He then proceeded to tell me how he would do it and gave me an estimate. The man then explained a connection between that problem and my sinks' clogging. We were both amazed after he totally uncovered the problem, as to how it hadn't been a problem for me before. Once that was taken care of, he then fixed my sink. The greatest think was he was able to take care of the whole situation in one day. The cost of the repair was less than I expected because they stand behind their estimates. The plumber was caring of my problem and very respectful in wanting to fix it for me. I do have other plumbing issues that I have put off due to lack of trusting repair people that I have had bad experiences with before; however, I will be calling Main Line again. I know they will do the best they can for me at a reasonable price. Thank you, Jose.

Description of Work
At first, just unclogging my dual kitchen sinks, but in the process of working on that, a more severe problem with piping leaving my house was discovered. I was shocked about the severity cause I had no idea of it. It was bad; even I could see a problem. It needed to be fixed prior to the clogged sink.

They came out the same day I called them. They guy was very friendly. My main line was plugged with tree roots. He got it cleared out.

Description of Work
Cleaned out my main sewer line