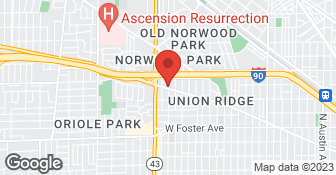 Looking for professional flooring company, and flooring contractor? Our company is offering quality flooring services for less. We are the experts in commercial and residential types of work: hardwood flooring installation floor refinishing, sanding, buffing, repairing, staining of wooden floors, and custom design work, as well. Great Flooring Service, Inc. is a professional flooring contractor, that Provides top-quality residential and commercial Chicagoland flooring solutions. A complete wood flooring services; Supply installation and finishing of Hardwood and Solid Wood floors. Fitting Laminate Prefinished and Engineering floors. We are also experts in any Tile flooring. We serving all Chicago suburbs. North Suburbs, West Suburbs, South Suburbs, Near Suburbs and Chicago metro. We pride ourselves on using only top quality Hardwood flooring materials in order to provide you with the best possible wooden flooring results, so you can be sure to have a home you can be proud of. Each of our wooden floors has its own uniqueness with different textures and finishes to choose from. You would find the perfect wood floor for you. We do not sub-contract any work, instead we are hiring teams of responsible and experienced employes, flooring installers and finishers ready to install your brand new hardwood floor, or refinish your existing wood floor. That way we can be sure your hardwood floor refinishing project, and new floor installation would be done, to the highest possible standard. Great Chicagoland Flooring Service, Inc. want to make sure, that we leave you with a wood floor that we & you can be proud of....

The Great Hardwood Flooring guys were awesome! Moving into a new apartment we wanted to have the floors refinished as they were pretty scuffed and scratched up. Great Hardwood Flooring was quick to provide a quote and were even able to turn around the job on a tight timeline before our furniture arrived. They were always responsive and kept us informed throughout the process. Not mention our new floors are beautiful! They have new life with no sign of the scratches that were covering portions of the floors before.

We recently purchased a condo and had our floors refinished by Great Hardwood Flooring Inc and could not be happier! We have Brazilian cherry floors which we wanted to darken as there was previously some UV damage and a line of demarcation from the previous owner’s area rug once covered. Pawel’s team was able to refinish our floors within a few days after coming to provide us an estimate. They were super affordable compared to other companies and the level of work is still fantastic! I would definitely recommend checking them out if you are wanting to stay within budget and not skimp on quality.

We had some water damage to our existing floors and decided to have the floors repaired, sanded, and stained from a very warm oak to a grey hue. We had old carpeting in two bedrooms replaced to match the existing wood floors. Great Hardwood Flooring did a fantastic job. Our floors look spectacular throughout! We also appreciate the great communication that Mike provided. I have recommended Great Hardwood Flooring to my friends and neighbors!

My floors came out beautiful! I wanted them dark but not too dark and the specialist helped me pick out a stain, we went with Early American by MinWax. The floor specialist finished the job in 3 days and came back for a quick touch up when one of my kids stepped on the floors and left a couple prints. I am very pleased with their service and would highly recommend Great Hardwood Floors for your next flooring project!

Great Hardwood flooring did an awesome job installing wood floors on half of our main floor. They sanded and stained our existing hardwood on that same level. The floors look amazing you can’t tell where the new hardwood was laid. It looks like it’s always been there and matches perfectly. Thomas and Peter came when they said they would and worked full days. They were very patient with me as I labored over my stain color choice and went above and beyond. They were extremely pleasant and easy to have in our house. The owner Paul is very helpful and responsive with any questions or concerns and he comes when he says he will come. We are very happy and would use them again for sure!

Huge disappointment and turned into a waste of time. Pawel responded within minutes of me sending an e-mail, we scheduled time for him to come out a few days later. He e-mailed and said he was stuck at a job, so we rescheduled for a few days later. He was a little late, but arrived for about a 15 min conversation. He measured, we talked pricing, and said he'd have the final proposal to me the next day. Five days later, multiple attempts, and nothing. The quoted price was right on target, they seemed competent enough, and the reviews here high, but the lack of communication and not being able to hit their own deadlines was enough for me not to feel comfortable with giving them thousands of dollars.

I was on the site to take a measurement I quoted the refinishing for $2400 gave verbal price on Friday we shook a hand and costumer wanted the job done he would like to schedule it for three weeks later ,and requested written documents. It was still plenty of time before the start. He contacted me on Monday I told him his documents are at work But on Wednesday he wrote me an email that he will not longer need my services and posted this comment we didn't performed any work for this client. We trying to be fest and and provide quality services for all. For refinishing or any other small projects , we usually giving pricies on the time of the house visit and written documents are usually submitted right the way for "Assoon is Possible Jobs " ,and Jobs with later schedule are next in line. Great Hardwood Flooring apologizeing for disappointing this client, and we are wishing him well
5.0

Just purchased a house and wanted to have the wood floors refinished prior to the move in date. I called a few places and chose Great Hardwood Flooring because he was prompt in getting back to me, coming to the house to make an assessment and even gave me an estimate for the job the same day. His crew came out within the week to complete the job and the floors look like new. His price was reasonable too. I'm extremely pleased with how the floors came out and with my decision to use Great Hardwood Flooring. Hire them you won't regret it!

Description of Work
Sannding and refinishing

Paul went above and beyond when it comes t getting us samples to look at even when he had last min request Installation proces went without a hinch. Was a 3 day job and the overall result are excellent

Paul and his crew installed new floors in the living room, dining room and one of the bedroom. They finished on time as they promised and gave me exactly what I wanted.

Pawel was very accommodating, got the job done on time and on budget. We appreciate the effort!

Sir Grout is adapting to the fight against the "invisible enemy". To cope with social distancing we are offering virtual estimates and during service our techs will take the measures recommended by the CDC, such as no handshaking, multiple hand washing and use of protective equipment. We provide top-rated tile, grout, and stone restoration and care services designed to enhance & protect hard surfaces in homes and businesses. We are a leading innovator and award-winning company in the "hard surface" restoration and care industry that recognizes the special needs of our customers. Our services include: - Grout cleaning, sealing, and recoloring with our renowned ColorSeal process - Tile cleaning and sealing - Stone restoration, honing, and polishing on marble, travertine, granite, slate and other natural stone - Bathroom and shower regrouting and recaulking services - Kitchen and bathroom stone countertop honing and polishing - High durability coatings for extra protection of hard surfaces, indoors and outdoors - Slip-resistant applications Sir Grout has been recognized by notable organizations like Home Advisor, Angie's List, Google, Yelp, TrustDale, Entrepreneur Magazine and others as the best option to restore your hard surfaces in both residential and commercial environments. We offer free, in-home/office consultations and make it quick, easy and convenient for you to learn about our top-quality services. Contact us today and let us transform your hard surfaces to looking like new again in less than a day.  …

No, Great Hardwood Flooring Services Inc does not offer a senior discount.

Are there any services Great Hardwood Flooring Services Inc does not offer?