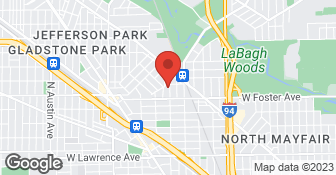 Dryer Vent Wizard came to my home on Weds. July 11 to clean my dryer vent system. I am on the third floor of a walk-up condo building. Mory looked at the system and outside. He said he could clean the system from inside my condo, did not need access to the roof and quoted me a price. There is a $49 service call charge which was never mentioned, so be advised. I agreed and he went to get the equipment. He needed to use a small ladder I had. It made me a little nervous to see him perched on the ladder and my washing machine so I keep looking over to make sure he was safe. He said "people watching make me nervous" so I stopped (if you do hire, I advise watching anyway). After about 20 minutes he was done. Mory knew I was getting a new washer/dryer on Saturday. When the new washer/dryer came on Saturday the 14th, the old one was taken away. While the delivery/installers were taking the old one down, I looked into the accordion tubing that goes from the dryer to the vent. It had lint in it. So I stuck my hand on and was able to go midway up the tubing and pulled out nearly a vacuum canister full of lint. When the installers were attaching the new according tubing, I mentioned this and one said, "it looks like he hardly cleaned anything". I will admit that I did not get on the ladder and look into the vent system leading out so I cannot say what condition that is. However, after seeing all the lint left in the tubing and paying $274.00 for that, I am QUITE angry. I certainly feel I did not get a full service cleaning as contracted. "Mory contacted me and apologized for not completing the job as commissioned. He offered to return and do another cleaning but as I had the job finished when I had the new unit installed, there was no need. We made alternative arrangements which were satisfactory to both parties."

I would not do business with this company again. I scheduled an appointment for an estimate to install a new dryer vent in my condo. The technician, Mory, arrived and looked over the condo. At the end of the short visit, as he was going over the estimate he explained there would be a $49 "service fee" for the visit that I would have to pay immediately, regardless of whether I chose to have him actually perform the install or not. I expressed surprise as no one had mentioned the fee when I scheduled the appointment, to which Mory replied that they used to tell customers about the fee over the phone but found they would often cancel because of that, so their solution was just to not tell people until it was time to pay. This struck me as a very dishonest and shady practice since he acknowledged that people would not ask them to come out if they knew there was a service fee just for the visit. I ended up paying him the service fee but chose not to have Dryer Vent Wizard do the install, partially because of the surprise service fee, but mostly because his estimate was double what a licensed HVAC contractor quoted me for the same install job.

I called Dryer Vent Wizard and they are definitely a big operation with a central calling center it seemed. Which was fine. They scheduled our service date quickly on a day and time that was convenient for me to be home from work for a while. The serviceman who arrived was knowledgeable and quickly and easily resolved the issue. I’m sure he could have come up with some additional work to do to make some extra money but he didn’t. He was honest and the problem was literally fixed within a few minutes. Aside from the $49 fee to come out to the house, it was only $26 in labor and no parts. So my problem was fixed within days of me calling them for a total of $75. Would definitely hire again if needed in the future.

Description of Work
Long story short, I hired Dryer Vent Wizard to make a repair to the dryer vent for a new dryer my wife and I had purchased. We were told this needed to be done by the dryer delivery guy when they came to deliver it.

It seemed to go well. No complaints. Would hire again and recommend.

Description of Work
He cleaned my dryer vent.

Excellent. The gentleman was prompt, professional and explained all of the work performed.

Pricing was fair; good explanation of process and service provided in a timely manner. Will use again for yearly dryer vent cleaning.

Mory was very punctual & very knowledgeable. He did the job & was very considerate of each unit to keep things clean This is the second time we have send them & would definitely call Mory again.

Description of Work
Cleaned out vents and corrected and bad vent line.

Arrived on time, inspected and quoted work (in addition to fair flat rate), completed in a timely manner and cleaned up well.

A-1 Safety Chimney Service, Inc. is a family owned and operated company that has been in business since 1989. We pride our selves on great service at a fair price. At A-1 all of our technicians are certified with the Chimney Safety Institute of America, and we are fully bonded and insured. We are accredited members of the Better Business Bureau, members of the National Chimney Sweep Guild, we hold the best of Lombard award for 2012, 2013&2014 and the best of Glen Ellyn award for 2012 .  …

Insured
All statements concerning insurance, licenses, and bonds are informational only, and are self-reported. Since insurance, licenses and bonds can expire and can be cancelled, homeowners should always check such information for themselves.To find more licensing information for your state, visit our Find Licensing Requirements page.
General Information
Free Estimates
Ask for details
Eco-Friendly Accreditations
No
Payment Options
Check, Visa, MasterCard
Senior Discount
NO
Warranties
Ask for details

How is Dryer Vent Wizard of Northshore Chicago overall rated?

Dryer Vent Wizard of Northshore Chicago is currently rated 4.9 overall out of 5.

What days are Dryer Vent Wizard of Northshore Chicago open?

No, Dryer Vent Wizard of Northshore Chicago does not offer free project estimates.

No, Dryer Vent Wizard of Northshore Chicago does not offer eco-friendly accreditations.

No, Dryer Vent Wizard of Northshore Chicago does not offer a senior discount.

Are warranties offered by Dryer Vent Wizard of Northshore Chicago?

No, Dryer Vent Wizard of Northshore Chicago does not offer warranties.

What services does Dryer Vent Wizard of Northshore Chicago offer?

Are there any services Dryer Vent Wizard of Northshore Chicago does not offer?