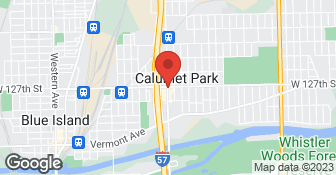 ICG Electric focuses on Quality for all of our customers. I never cut corners, even when it’s not expensive. If you’ve got an estimate from one of our competitors than I can beat it! I always make sure that my customers are 100% satisfied with our services. We’ve been in the industry for over 10 years and I have the knowledge and experience to get your electrical service done safely and without breaking the bank. Have a question? Call or click for an estimate today  …

Kordick Electric Company is an expert in providing electrical services for residential and commercial clients. With our years of experience, we are able to deliver top-quality workmanship.  …

John is one of the most worst contractors I have ever deal with. He completely trashed my place when finishing his electrical work. He doesn't clean up after himself. Both bathrooms were caked in mud. He had to go up to my attic and he literally ripped up the flooring up there snapping many boards in half in the process. He broke the side door. I had to replace the deadbolt and fix the door framing so the door would swing again. My property was in a pretty rough neighborhood and I gave him the lockbox code to get in and out of the front door. He decided to use this once. He instead left my back door open, sometimes for days at a time. This brings me to the fact that he kept lying on when he would get done. There were many delays. After a week of delays, it still looked like he had over 3 days of work left, so I fired him. Very creepy personality too. He never apologizes or shows any empathy or care for you or your property.