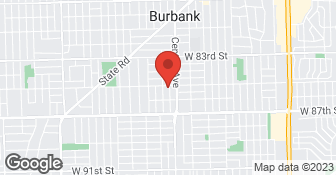 We offer 24 hour emergency services family owned & operated. Our goal is to maintain means of our customers in anyway physically possible. We offer free estimates and one other companies might say it is impossible we will try to make it possible thank you and God bless for taking our company in consideration

The job was to inspect the exterior of the house, caulk, seal and repair brick, windows, mortar etc. on 4 sides of a 4 story building. Tony and his team started quick and finished even faster. Armour took the time to review my concerns, inspected my homes exterior, and then laid out the options they felt they could accomplish to spec. It was exactly what I asked for, no upsell, no BS. The quality of the work exceed my expectations. Not only did the team meet the contract requirements, they fixed issues they found on their own, at their expense, and educated me on what to watch out for in the future. I would not hesitate to use or recommend Armour for masonry/exterior work at all. In fact, I'm mostly likely going to be hiring them again for some new projects that I have this summer while we have some good weather again!

Very well. We were pretty late in the season but the owner, Tony, said he would take care of it and the jobs were completed in a timely manner. He showed up when he said he was going to. We needed to add some masonry work at the end and he did a really good job and did not over charge. Would hire him again. Great to work with.

What was I thinking..... THE WORST. Tony gave me an est. for new replacement gutters. The first appt. was cancelled, due to the weather (raining), the second appt. I texted Tony on a Thursday to verify the appt., that Saturday his response was "yes we will be there, did you decide about the masonry" I explained I have a couple of questions to ask when I see you. The day of my 10:00 a.m. appt. no show no call. I called Tony at 10:44 a.m. "Oh my guys aren't there, I'll call you back." Needless to say I never received a call. At 11:55 a.m. I received a text his guys were in an accident. NO CONTACT SINCE THEN FROM TONY.... I called 3 times after that and no one answered. MY TIME IS VALUABLE

I have no idea how this company is still in business. We needed a new roof and vinyl siding on a garage - Tony came out to look at the job and promptly requested a $2,500 deposit, which I paid via QuickPay the next day. The next day his guys showed up and took care of the roof...and then, all the problems began. Despite Tony's assurances that his guys would be showing up the next day, or the next day, or the next day, it took several days for them to show up to begin working on the siding. When they finally showed up, it was apparent that the guys didn't really know what they were doing. When we asked them about their "lack of experience", the guys told us that they were tuckpointers and that installing siding wasn't their specialty (to say the least). The rest of the job was a complete disaster. They did 2 sides of the garage and the work was awful. They left garbage all over our yard and the neighbors yard, and never came back. After notifying Tony of the situation several times, he apologized and assured me that he would be sending different guys to complete the job correctly. That never happened. No one ever showed up to remove the garbage or complete the project. One time, he even told me that they were picking up the materials to finish the job and they would be at the house in 10 minutes.....of course they never showed up. At this point, I told Tony not to bother coming back. I have since had to hire a different company to rip off all the siding that his amateurs tried to install, in order to do the job correctly. After the person who initially recommended Tony to me called Tony to scold him, Tony reached out to me and offered to return half of the deposit to "make things right". He has since come up with one excuse after another and has not returned a single penny. My favorite excuse was "my Chase QuickPay is down. Chase said it will be fixed by Friday for sure. But if it isn't, I'll hand you a check on Saturday." I've had Chase QuickPay for years and have never experienced it being "down" for days or weeks at a time. Needless to say, Saturday came and went, and Tony never responded to my messages about where and when to meet up so that he could "hand me a check". I gave Tony every opportunity to either do the job correctly or make things right, and all he did was take my money and give me one excuse after another. The guy is a complete liar. I have emails, texts and photos to substantiate everything above and will be happy to share them, if requested. If anyone is thinking about hiring this company, PLEASE CONTACT ME. DON'T MAKE THE SAME MISTAKE I DID!!!

I never received a call from the company.

Description of Work
I was seeking a quote on a roof repair/replacement.

Description of Work
Great job and on time. Will use them again.

Excellent delivery, emergency services were performed just before a blizzard hit with the news alert coming on The Weather Channel. Never saw a contractor perform with such dedication to the customer. Tony also responded within 2 hours to provide emergency services to a referral providing roofing repair and gutter repairs. Glad to have this company in my rolodex.

Overall it went really well. There were a few hickups, but most of it having to do with weather related issues and problems with the previous roofer's work and negligence. Any issues that arose, Tony was always very responsive and professional. The roof turned out great, he kept me updated with the whole process and had lots of pictures of the work. Given the amount of work that ended up being done, the price was great. Tony was fair, reasonable and honest. Will be calling him again in the future for more work.

Description of Work
Complete removal and replacement of roof, including decking, beam tepkacement and masonry work on the parapet walls.

For over 85+ years, Marygrove Awnings has been a resource for the finest ready-to-install retractable awnings. Create a backyard paradise with our high-quality selection of awnings & accessories. Get a FREE estimate and save money on your next retractable awning when you call or submit a form with Marygrove. Proudly servicing Chicago and the surrounding area.  …

if we cant do it well find you someone

Armour Roofing & Masonry is currently rated 4 overall out of 5.

No, Armour Roofing & Masonry does not offer eco-friendly accreditations.

No, Armour Roofing & Masonry does not offer a senior discount.

Are there any services Armour Roofing & Masonry does not offer?

if we cant do it well find you someone