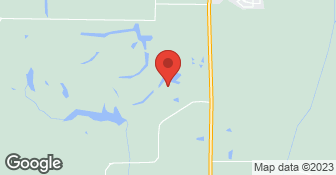 Family owned & operated business with more than 15 years of experience in the industry....

They came when they said they would. He had to replace some stuff. The door was really loud and getting scary and he replaced some bolts in the some of the apparatus. That was included in the special. They were very professional and whatever they did worked. The problem stopped, the door has worked fine. What stood out is that they did what they said they were going to do. The price was fine, it was less than their normal cost. For what they did, it was in the really good bargain range. They returned my call right away and make the appointment right away. They were right on time. I would use them again.

In Business Since 2000 Scott's Door Service is committed to excellence every aspect of our business. We uphold a standard of integrity bound by fairness, honesty, and personal responsibility. Our distinction is the quality of service we bring to our customers. Accurate knowledge of our trade combined with ability is what makes us true professionals. Above all, we are watchful of our customers' interests, and make their concerns the basis of our business. How We Got Started I chose to work in this industry because I was good with mechanics and I liked dealing with the public on a one on one basis . We started in this industry in 1995. We describe our business as Family owned and operated  …

Since 1926, St. Louis' ONLY distributor of Overhead Door™ brand. You'll never pay for anything you don't need. We never use subcontractors. Never pay a travel charge. After hours emergency service available by calling 314-470-1102. Visit our working showroom of garage doors and openers. FREE IN-HOME ESTIMATES. 10% Sr Discount - not valid with other discounts.  …

The Wright Door Co. is a garage door service company in St. Louis and we are ready to meet all of your garage door needs. We are a garage door specialist and promise to give our customers, the quality you expect and the service you deserve.  …

Metro East Overhead Doors is currently rated 5 overall out of 5.

No, Metro East Overhead Doors does not offer a senior discount.

No, Metro East Overhead Doors does not offer warranties.