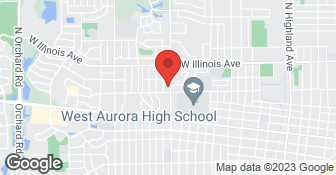 We are one of the Best Contractual/Remodel specialized companies in Illinois. We offer a 100% satisfaction guarantee on ALL our services. Our goal is to provide the best, and most professional remodel/handyman services you will ever find with our highly skilled, trained and professional team. Your home/house/business will ALWAYS be treated with the respect/service that is required

When they cameand give me an estimate it was right at the $$ amount I was wanting to spend, They booked the job and told me when they would be here. The day came and no painters showed up. I called for two days and when I finally got to talk to someone, I was told they were too busy to come on the week they scheduled with me. The gentleman said he would come and reschedule with me. When he showed up he said he needed to raise the price by $400 because he underbid the project. I though this was completely unprofessional, since I had already signed the paperwork for the original price. I refused to pay the new price and found another painting company who were professional and completed the job.

Description of Work
The exterior trim painted and windows glazed.

He was prompt in his response and sending his estimate to us. We decided to go a different direction.

Description of Work
Provided an estimate on installing some vinyl click flooring in the basement.

The biggest thing is how much he is trying to overcharge me. His billing practices are incredibly unethical. Overall, his punctuality was very poor as well. Every day he said he would be here by 7:30 or 8:00 and would not show up until 8:30, 9:00, and sometimes 10:00. They would never work a full day, and most days stopped working by noon. If any of his so called helpers would leave, they would all leave. When you are paying by the hour for a job, you expect it to be done as quickly and efficiently as possible. His helpers were useless, and could not do anything on their own without him. The only work that was done satisfactorily was the work that Ronn himself did. He was way overpriced for the overall quality of the work that was done. He also never presented any licensing or insurance information, which is something a professional contractor should do. He also would not take a credit card for payment and only accepted a money order. I think the whole process of how he has handled things was very unethical. By my calculations, I should only be paying just over $1,000, but have paid him over $1,800.

Description of Work
I hired them to do several jobs around the house, including siding, trim, and a gutter system. When we went over the contract he had estimated it would take 60 hours to complete the job at $35.00 per hour. Ronn, the owner, informed me that the $35.00/ hour was a blended rate that would cover his pay at around $25/hr as well as his helper for the remaining $10 or so. Once they had started the work, I realized it would not take the 60 hours as originally estimated, and pointed this out to Ronn. He agreed. The finished job actually ended up only taking roughly 29 hours, and that is being rather generous. I expected to pay the $35/ hour for the actual hours worked. Ronn is now trying to spin things around and is saying that the $35/hr was per person. On top of that, he is claiming that Angie's List is forcing him to charge that rate. I believe his billing practices are extremely unethical, and he is misrepresenting both his status on Angie's List as well as Angie's List itself.

FACT #1 There was a FREE estimate provided for the WORK to be DONE at approximately 60 hrs of WORK at a RATE of $35 per hr. This was verbally AGREED TO PRIOR to the start of the JOB. ($1,000 deposit was provided) We did ALL the work with ONLY 58 hrs labor, so we came in 2 hours under the estimated time. Mainly 2x men = 29hr each. (2x29=58) Now he ONLY wants pay for 29hrs of work, i.e., the clock time, not the manpower time. That seems a willful and incorrect reading of the estimate, which is clear on this point. The TOTAL cost(s) of each project was CLEARLY defined on the estimate/invoice with an APROXIMATION of hrs and cost per each labor hour. P.S. ANGIES LIST DOES NOT, and NEVER HAS DICTATED what a Service Provider charges. This is ANOTHER twist on my words... I said I use and TRUST the Angies list INVOICING PROGRAM. That has NOTHING to do with Angies List stating a particular amount. FACT #2 this particular client expects 3 people to SHARE the $35 hr. That MEANS he wanted to pay ONLY $7.50-$10 per hr for a 20 year veteran contractor with his OWN tools AND assistants and team. FACT#3 - EVERY SINGLE evening/afternoon we DISCUSSED time to arrive for the FOLLOWING morning. By the text of the client HIMSELF, HE requested we NOT arrive until 10am. (VERIFIABLE on TEXT History of company report from the COMPANY.) FACT#4 - Client WANTED/EXPECTED Team OF 3 work and SHARE $35 hr on a Saturday in the heat of 90* degrees on a weekend with thier OWN Tools. -, travel, and expense's. FACT#5 - The TOTAL job WAS COMPLETED in 2 hrs UNDER the invoice estimated amount of time.. FACT#6 Client USED a Verbiage LOOP hole in the INVOICE to reduce final payment AFTER JOB was completed. His COMPLAINT.. 2x skilled men working 3 hrs does NOT equal 6hrs job time.. Baloney. Example.. ..... 1x man 6hrs each = 6hrs ..... 2x men 3hrs each = 6hrs ..... 3x men 2hrs each = 6hrs ..................................Total = 6hrsX $35 = $210 **** NOT $105 dollars for 3hrs - CALL ANY ROOFING COMPANY IN THE USA ***** Does NOT matter HOW the 6 hrs is USED.. That IS the contractors decision. Weather the contractor uses 1 or 10 crew to do a job, the hrs stated were used less than estimated time. You don't go to Wal-Mart and look at the price tag, then go to the cashier and say "I am NOT paying this, I will pay you what it cost(s) from the manufacture" This a Construction General Service Company. My goal is to charge fairly and affordably and MAKE a small profit for the company. NOT work as minimum wage individuals to work for free. I CANNOT and NEVER have EVER charged for MORE hrs if I was WRONG on estimate. I have ALWAYS paid FOR IT out of my pocket if I was wrong. FACT#8 He cheated us by using a loop hole in the invoice.. .... His COMMENT.. "You were ONLY up there 3hrs.. (He WONT state their was 2 of us, 1 day 3 of us on site.) The price was STILL $227 (6.5 hrs) - period. Agreed to on invoice, agreed to PRIOR to work start. He USED a LOOP hole to CHEAT US. Every PRICE was discussed with an Estimated amount of MAN hours needed, AND a PRICE was established very Clearly on invoice in BLACK/WHITE. Plain an simple, We as the Contractor was CHEATED on a Verbiage technicality. BUT the last and FINAL .. FACT# 9 He DID pay US a Final of 75%.. Why PAY us a FINAL CASH $$ payment at all, IF the Job was NOT done to satisfactory????? Simple. Job WAS done 100% plus several EXTRA's we provided FREE of charge, he just wanted to cheat us financially, plain and simple. 1x-man X 10hrs = 10hrs = $350 2xmen X 5hrs = 10hrs = $350 4xmen X 2.5hrs = 10hrs = $350 5xmen X 2hrs = 10hrs = $350 OR 10xmen X1hrs = 10hrs =.$350 Its still exactly the same $350 with our FLAT $35Hrly labor RATE. We try to our best to ensure ALL client JOBs are 100% completed under the estimated time lines. We strive to ensure everyone is happy and satisfied with AHS-IL.com But we CANNOT satisfy those that which to have other needs to do us ill wish. We all here at AHS-IL do truly apologize for anything he may feel was in error, and wish the only best for (deleted member name) on any future contractors he may work with.. Sincerely, Owner and CEO Ronn N.
5.0

The estimate, scheduling and installation went smoothly. About 3 weeks later the garage door began catching near the bottom and reversing. Upon inspection, a couple of bolts on the track had loosenedwhich had put the track slightly out of alignment. I called Ronn and he was out to fix it within a couple of hours. It has been trouble-free ever since. I would definitely use him again.

Description of Work
We had Ronn install a new garage door.

[member name removed] and his family were a pleasure to provide service for. We at AHS-IL.com (myself & all team members) pride ourselves on honoring our NO COST - FREE warranty guarentee on all of our products and services. If anyone ever has a question or concern with any of our products-services, we AHS-IL.com will replace-repair free of charge to ensure all of our patrons are happy and satisfied. We appreciate [member name removed] and his family for their support and business.
5.0

Great experience! Ronn was wonderful; showed up on time, very professional, pointed out some issues with the house that I need to keep an eye on. Answered all my emails in timely fashion. Did great work! No complaints! Will definitely be hiring him again soon!

Bee Painting, Inc. is one of the best and most reliable painting and interior remodeling contractors in Yorkville, IL and surrounding areas. Our wide array of services ensures that we have everything you need for your home improvement or business remodeling projects, always setting the bar in quality. At Bee Painting, Inc., we take pride at our more than 16 years in the industry, which have allowed us to be the preferred partner for countless customers throughout the area. We always use the finest materials and methods to guarantee fantastic finishes for your home and business interiors. Our team at Bee Painting, Inc. is known for its expertise and sense for aesthetic beauty. For this reason, we are very detailed to make sure that any exterior or interior painting job, as well as any interior wall installation is performed with commitment to deliver fantastic results. Get in touch with our team today!  …

NextWave Construction, LLC is a remodeling company with over 35 years of experience. We specialize in window, siding, and door replacement. We also replace fascia, soffit, and gutters as well.  …

All Handyman, remodel and construction services from the foundation to the chimney and ALL parts of your home/house repairs/installs in between.

Affordable Home Solutions - IL is currently rated 3.6 overall out of 5.

No, Affordable Home Solutions - IL does not offer eco-friendly accreditations.

No, Affordable Home Solutions - IL does not offer a senior discount.

No, Affordable Home Solutions - IL does not offer warranties.

Affordable Home Solutions - IL offers the following services: All Handyman, remodel and construction services from the foundation to the chimney and ALL parts of your home/house repairs/installs in between.

Are there any services Affordable Home Solutions - IL does not offer?