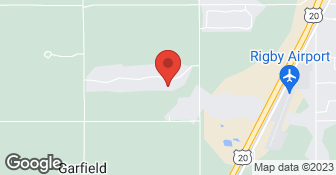 Building and remodeling homes since 1985

Priest Construction and Randy Hix Construction did nothing to help solve the leaking problems. The first time I called Priest, his son was sent out to take look and he felt we had a grading issue and told us to have the property re-graded. I even offered to pay them to take a deeper look and fix it. When I called again after this last leak, I didn't get any return phone calls or emails. Apparently Priest Construction is out of business??? I called Randy Hix, who was the developer at the time, and he was the most vulgar, ignorant man I have ever spoken to or dealt with in this industry. He couldn't believe I would dare to call him after 11 years. "Good God, Woman, houses settle, what do you expect, this isn't our fault." When asked about the code violations, he denied there were any. There wasn't any, "how can I help you with this" or "I will be glad to take a look and see, but it will cost you x amount of dollars", it was just one insult after another! We have pictures of the original wall construction and I took them to the country planning and zoning who verified they were in violation of code. Best advice, stay away from these guys!

Description of Work
Our house was built as a spec home by Priest Construction in 1999, with Randy Hix as the developer. I would never use either business again, not even to build a doghouse. We asked that the basement be finished as part of the original deal to buy when it was new construction. It was done, but without permits or any standards of quality. The basement leaked for 11 years and finally, last year, after we got GK Windows to come and totally dig up the side of our house to the bottom of the foundation, pull all the windows out down to the concrete, did we finally get the problem fixed. GK are Gods in our eyes! But, it was faulty workmanship that caused all of our years of leaking and thousands of dollars in repairs. The wood around the the concrete was pieced together which allowed water in, the windows weren't sealed properly with the proper materials, and the window wells did not go down far enough to allow proper drainage. So when we got heavy rains, or last time when a sprinkler head broke the water went into the window well, found its way under the improperly sealed windows and down the wall behind the sheetrock, under the baseboard and flooded out into the middle of our carpeted bedroom. We had landscapers regrade our house twice, as that was Priest's solution to the problem. After 2 regrades, and new carpet installed, a sprinkler head break brought another leak, as it sprayed into the faulty window well. The walls had to be torn apart. That is when we found our studs to be placed anywhere from 22 - 29 inches apart, with no vapor barrier whatsoever which is totally against code. We have spent thousands getting that leak fixed. The only time we got a little assistance from insurance was with the sprinkler head break, otherwise ground water sepage doesn't qualify for help from insurance. Just when we were finally feeling good about this house, we have found another leak. We have a main floor laundry room which butts up against the wall of our main floor family room..The last two weeks we could hear water dripping. We looked all around the front and back of the washer, checked connections, no leaks. So, we assumed it was inside the frontloader, although we had never heard water dripping on the inside of the washer. I called the appliance repairman (washer and dryer are 3 years old), and he told us he felt this was more of a plumbing issue. I called a plumber and we are expecting him tomorrow. Today, we discovered water on the floor of our family room. Apparently, the leak is somewhere in the wall..bad plumbing..where does this end? I guess we will find out from the plumber what the damages are tomorrow. The only good thing about this situation is that under this particular portion of our home, there is no basement, only crawl space or I suppose we would have another leak in our basement!

We are an experienced local construction company that specializes in framing basements. We love working hard and putting integrity into our work. The company is run by Thomas Osterhoudt who has been a life long construction enthusiast. Those who know him joke that he even coughs saw dust! We have experience doing large commercial framing jobs (check out our website) and residential projects. We do an essential part of building homes by doing the framing. That is important to us because families are built there too. You can get in contact on the website!  …

OmniCrete, LLC is a Custom Concrete Countertop and Flooring Expert! We specialize in unique designs of countertops and floors purely made by concrete.  …

All your construction needs

How is PRIEST CONSTRUCTION overall rated?

PRIEST CONSTRUCTION is currently rated 2 overall out of 5.

What days are PRIEST CONSTRUCTION open?

No, PRIEST CONSTRUCTION does not offer a senior discount.

Are warranties offered by PRIEST CONSTRUCTION?

What services does PRIEST CONSTRUCTION offer?

PRIEST CONSTRUCTION offers the following services: All your construction needs