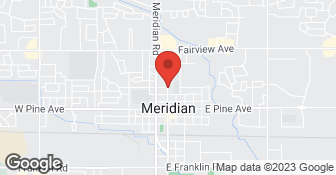 Locally owned and operated. Over 15 yrs in the restoration industry. We have franchise owners from coast to coast. We offer water damage restoration, sewer damage cleanup and mold remediation. Our techs are Clean Trust certified. We offer one hour response 24 hrs a day. We work with all insurance companies

Doug and his crew were very professional and did great work!!!

Thanks [Member Name Removed] for taking the time to review us! Very much appreciated!
5.0

Doug and the 800-water-damage team answered the phone even though it was after normal hours. Doug himself responded to the call and came right away. He addressed the water intrusion problem and started drying the interior walls and floor immediately. He came and checked on equipment the next day and ensured that the process and issue was resolved and drying equipment was working properly. He took great care of our home but also called to make sure we were OK as well. The entire process from start to finish was professional, responsive and the entire team was very knowledgeable and personable to deal with in an emergency situation. Make the call, 800-Water -Damage is the clear choice!! Excellent customer service and workmanship. Thank you!!

Thank you [Member Name Removed] for taking the time to review us!
5.0

The team persevered until they finally got the humidity at the proper level before putting in the new insulation. I appreciated their due diligence.

Description of Work
10,000 gallons of water pumped out of flooded crawl space and new insulation and cover installed.

Thank you very much [Member Name Removed] for taking the time to give us a review!
5.0

Experience was amazing. Did an excellent job.

Description of Work
Repaired sheet rock, painted and took care of all the water damage.

They were smart, confident, Awesome! Goes the extra mile.

Thank you [Member Name Removed] for reviewing us! It is greatly appreciated! You were great to work with and we were glad to help you with the issues at your house. Take care, Doug
5.0

Doug is on top of everything. Very respectful to our home. Did a great job!

Thank you [Member Name Removed] for taking the time to review us. You were great to work with and we were glad to help you with the hardwood floor repairs! Take care, Doug
5.0

If you need this service and you don't call this company you are making a mistake. They were AWESOME!!!! Doug was great!

Thank you [Member Name Removed] for taking the time to review us! You were great to work with and we were glad to help you! We really appreciate the review! Take care, Doug.
5.0

Description of Work
Selected this company for flooding problem based on Angie's ratings. Thank goodness! These guys rock. They were there immediately, helped us with the insurance company, and did a terrific and very fast job. The subcontractors brought in told us that they work with all the local companies and 1-800 is the quickest, cleanest, most honest of all. We had a reunion coming up and they worked long hours to have the rehabilitation completed in time. My highest recommendation!! Mike

Thank you [Member Name Removed] for taking the time to review us! You were great to work with and it was our pleasure to help you with the basement flood! Take care, Doug
5.0

I awoke at 6 a.m. to a giant watery mess, thanks to a flooded toilet who's flap failed, and was clogged. I would like to add that it was my spouse's birthday, and he works close to 80 hours a week. I texted my insurance agent who gave me a name of a company that he recommended, which was not 1-800 Water Damage. Wanting to make a sound decision, I hit the internet searching for reviews as quickly as possible. 1-800-Water Damage kept coming up and was the only one that had either 5 stars, or an A+ with raving reviews. I called Doug Stern, as my children were getting for school at 7:30 a.m., and he was at my home by 9 a.m. He had a crew of guys with him, who were friendly and immediately got to work. In one word to sum up Doug, he was simply amazing. He was very thorough, prompt, and paid attention to every little detail. He walked through my home to point out areas in my home outside of the damaged area that needed touch up. Doug helped negotiate with the painters, and even got them to touch up an area I had not noticed need painting. Doug was extremely helpful from sharing the knowledge of what my husband and I should receive from our insurance, to helping set up appointments for drywall, hardwood flooring, recommendations for a plumber, and painting. He was helpful when it came to making decisions for paint and flooring. Doug surrounds himself with top-notch employees who always showed up clean, prepared to work, knowledgeable, and friendly. I dealt the most with Ryan, who is one of the hardest working people I know. Dealing with water damage is a process, and as one goes through the clean up process, more damage can be found than during the initial discovery. Overwhelmed with all that was going on with family life, a spouse who works a lot, and now a flooded house, I broke down in tears one more morning. Ryan was so understanding, and reassured me that my house would look better than before the flood. All of the employees of 1-800-Water Damage that came to my home were just as kind and courteous as Ryan. Ryan did a lot of the finishing work of reattaching baseboards, kick plates, and the such. He was thorough, and paid attention to details. Doug checked in frequently either to make sure that every thing was either going well, to see if I had questions, or concerns. I would without hesitation use 1-800 Water Damage, and highly recommend them to anyone needing water mediation.

Hey [Member Name Removed] you were great to work with as well! We were happy to help you with the bathroom flood and the ice dam! Take care! Doug
5.0

Thank you very much for taking the time to review is [removed member name]! Very much appreciated!
5.0

Ryan is a great guy and worked his tail off!

Description of Work
Went into crawl space and cleaned it up. Also repaired falling insulation and checked for leaks.

Thank you [Member Name Removed] for taking the time to review us! We very much value our customers feedback!
5.0

He was very thoughtful to schedule all work around my schedule which was complicated because I work out of my home. The professionals he brought in are those that I would reuse if the need arouse. He worked with the insurance company and I truly felt he was my advocate in that process. The finished look was a wonderful improvement in what was there before the "catastrophe". Will definitely use him again and would whole heartedly refer him to family and friends.

Description of Work
Found source of water leak, then organized and facilitated professionals to tear up bathroom floor, re-tile the floor, tear down the damaged kitchen ceiling and re-sheet rock, sand and paint the ceiling.

Thank you [member name removed] for taking the time to do a review for us. Very much appreciated!
5.0

Doug Sternes, the owner of 1-800-waterdamage was very quick to respond to a hot water leak in the crawl space of my residence in Boise. He worked very hard at removing the water. Initially, there was reported to be "no mold" found but after 7 days of drying and applying heaters under my house, he found mold. This required extensive work and two coats of an anti-fungal paint. A hepa vaccuming of the undersurface of my house was also done. Initially, I was led to believe by the insurance adjuster that they had concerns about the "sudden discovery of mold at day 7" when no mold was present initially. After a mold expert cleared my house of the mold and certified the mold abatement project as successful, I spoke with him and he assured me that Mr. Sternes had done a good job. Previously, on Angie's list, I opined at my dissatisfaction with him but, after talking with the mold expert, I have changed my mind and feel he did his job the best he could do it under the circumstances. As to whether I would use his services again, I have answered no because of the personal issues that have arisen between us over the slow manner in which the insurance has reimbursed him for the other "non-mold" work he did. I would certainly have no problems referring his services to someone else.

Description of Work
Water damage from leak in the crawl space with subsequent mold found and abated.

How is 1 800 Water Damage overall rated?

Are warranties offered by 1 800 Water Damage?

What services does 1 800 Water Damage offer?

Are there any services 1 800 Water Damage does not offer?