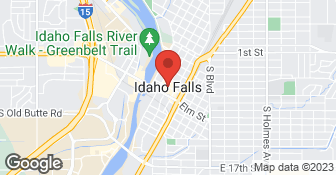 We offer wide range of landscaping service to our commercial and residential customers....

Description of Work
Extremely excellent work done in a very professional manner. There were weather related delays which extended the length of the project, but Summerco took care of everything. I have recommended them to several of my friends. Everyone who sees the completed project raves about it. We are very happy.

At this point, the paver work has been completed to our immense satisfaction. This included removing an existing exposed aggregate patio, and building a new paver patio with walkways. (Eventually, we will have lots of stuff done by the same folks and we will try to report on it as it goes along.) Work was done timely, crew was good to work with, and it was apparent that they were focused on doing the best job that they knew how. There was a little bit of a timing conflict between Summerco and another contractor we had working on another phase of the project, but we found Summerco acted professional and reasonable all of the time. The only real minor negative (and this was more my concern than my wife's) was that in early conversations, it didn't always sound that they knew what they were doing, and that everything was new to them. While this was annoying to me in the early phases, it was clear from the work that they performed that they knew their stuff. We have already had compliments from other trade people involved on other phases of the project about the quality of the paver work. We are very pleased. As near as we could tell from quotes we got from other contractors (which is hard to evaluate, since all of the quotes came in a bit different in format, etc.) Summerco's prices were in line. However, based on discussions with suppliers and others both in and outside of the area, they seemed a little high. So, we've concluded that at this phase of the local market, landscaping contractors are a little on the high side. Not a big problem.