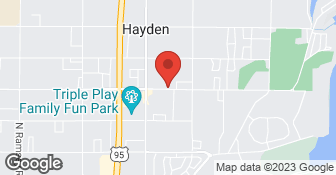 GMT-HouseWrights is a construction and home maintenance firm. Our pride and joy is being able to assess what your needs are and then giving you all of our efforts to completely and fully accomplish what you wish to have done....

Maanco Painting is a all service painting company, we do it all from new construction to repaints, custom work and standard paint jobs. We re- finish cabinets and trim packages. We have many referral's and jobs you can look at, to judge for yourself the quality of our superb workmanship. We have been in business for 35 years, I am a sole proprietor and am hands on with all our jobs to ensure a quality job. We use top of the line Sherman Williams and Benjamin Moore paints. Our work is prepped by sanding, caulking, and priming all surfaces to ensure the maximum adhering of the paint.  …

We believe that being transparent, honest and having integrity is the key to having a successful business. We have been in business for about a year however! we have 10 years of professional painting experience and have done over 10 full remodels, we offer free estimates on all our jobs and our company specializes in exterior and interior painting and staining, we take pride in our work and do our absolute best to make the customer happy and make the vison of your home come to fruition. no matter how big or small the home we will get it done. (our six step process is listed below) 1. power wash 2. scrape/prep 3. caulk 4. mask 5. paint body and trim etc. 6. walkthrough with homeowner  …

Description of Work
He gave me a half hour window to the time he would come and was about 15 minutes early, I love promptness. Boarded up a large window in the barn that had been broken. I located an area where the birds were getting in and he boarded it up (at no additional charge, since it was within his hourly wage). He boarded the opening from both inside and the outside of the barn. I asked him to look at the balcony to our house to see what would be needed to replace weathered areas. He made several suggestions and gave me an idea of cost. I will have him write a proposal in the Spring.

He did some work on the exterior of the house. He did a decent job, not an exceptional job but decent. There was some molding around the garage that he didn't finish. We found out that he installs Christmas lights. I wanted to know if he would take the lights down after the winter. He said he absolutely would. That was part of the job. He said as soon as the snow melts he will come out and take all the lights down. We had some sunny days in February but he never came out. I gave him some incentive; I have some other things around the house that need to be done. He finally came out and took the lights down. Then I asked him to look at a faucet. He said he couldn't do it, so he put the old faucet back in and installed it backwards. When he left we realized that he didn't take the lights down off of the trees around the house. When I got a hold of him he was upset and said and quot;fineand quot; and said he would be out in a little bit. We waited all day and he never came and he still hasn't came. I have no problem paying for a job that was done but he hasn't finished the job that I contracted him out to do. He represents himself when he agrees to look at the faucet and said he needs to come out and fix it and led us to believe that it was going to take a lot of work and more money. I went out to Home Depot and grabbed a couple hoses and fixed it myself. It just sounded that he didn't want to be here, which is fine. I will hire someone else. Just don't make a verbal contract with me and then not come through with the work. He is unreliable and doesn't follow through with the work that was promised. I would not hire him again.

Description of Work
I contracted him to install Christmas lights and take them down after he was doing other things around the house.

Design and layout assistance with new homes and remodel projects. Assessment of homeowner maintenance needs and development of realistic repair schedule and budgets.

We do not perform HVAC maintenance or repairs. No asbestos abatement services. Professional licensed trades ie: plumbing, electrical HVAC, are utilized for anything other than basic maintenance and repair needs.